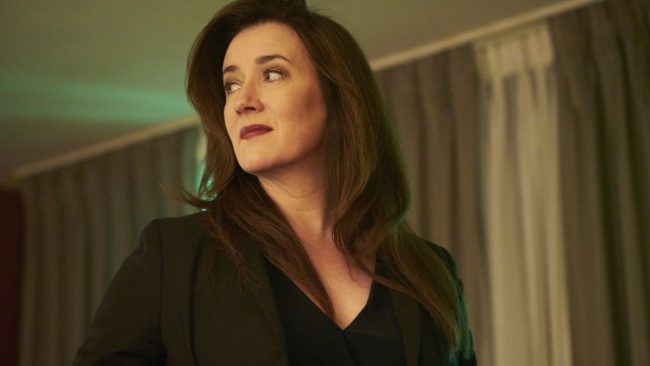 Casey: Unfortunately, amid all the art and conspiracy uncovering in this week’s episode, our beloved Mrs. S found herself on the wrong end of a crazy man’s gun. A bullet in her that hurt us all. Of course, she didn’t go down easily, managing to watch Ferdinand die first.

Nina: S gives a very specific statistic (as we’re all wont to do when we’ve just been fatally shot). She tells Ferdinand that, as a woman, she’s 14 percent more likely to survive a gunshot than a man. Where did she pull that number from?

Generally speaking women are biologically better survivors from the moment they’re born. They typically have stronger immune systems. They are protected from certain genetic conditions that affect only men. They have a tendency to live longer.

Casey: The future is female!

Nina: But Mrs. S’s factoid is a reference to a study published in the Journal of Trauma in 2010. Researcher Dr. Adil H. Haider and his team at Johns Hopkins University School of Medicine looked at over 48,000 patients who arrived at the emergency room with major injuries and low blood pressure to analyze factors contributing to their survival. Why low blood pressure? After an injury, low blood pressure can be a sign of major blood loss and can indicate traumatic shock. Anyway, they found that women, especially women aged 13 to 64, were most likely to survive, no matter the injury.

Haider’s conclusion was that this wide age range, which coincides with when women are most likely to experience their highest levels of sex hormones (estrogen and progesterone), suggests that these hormones must be what boosts survival odds for women. The mechanism is unclear, but these hormones seem to have helpful cardiovascular, metabolic, and immune effects after a traumatic injury. On the flip side: other studies have shown that high levels of testosterone might have adverse effects on a traumatized immune system.

Casey: Simply put, female sex hormones have some sort of protective effect on the body, increasing a woman’s odds of survival after injury, such as a gunshot. Of course, these odds didn’t really matter in S’s case – she was shot directly in the heart. Considering there wasn’t a doctor in the next room, Siobhan knew she was out of time. She only had a few minutes at most before enough of the blood circulating through her body leaked out of the wound and stopped her heart.