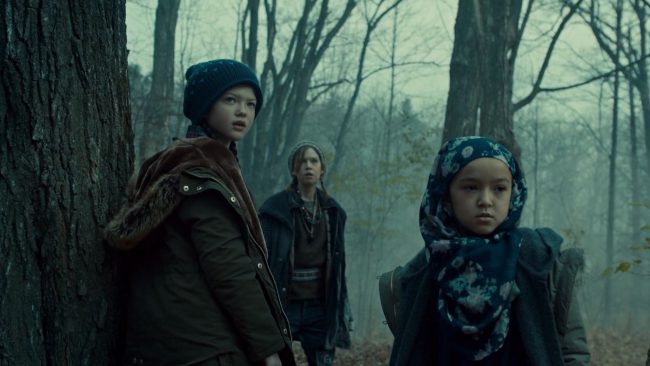 Nina: Between Scott and Hellwizard’s research, Susan Duncan’s conversations with Ira, and Delphine’s tips to Mrs. S., this episode spent a lot of time untangling parts of P.T. Westmorland’s history and what’s really going on with Revival’s “Island of Dr. Moreau”.

Casey: We’ve finally learned what the “bear” in the woods beside Revival is. In simplest terms, he’s Westmorland’s monster. His first subject began as a boy with an interesting genome (what that is we have yet to learn). However, as Coady explained, science was crude when they started their experimentations with this man.

Nina: Crude science doesn’t make Coady—who, as it turns out, is NOT dead!—squeamish and, based on what we learn about Westmorland’s past, it clearly doesn’t bother him either (does anything bother him? The man lives above a gory basement experiment dungeon). 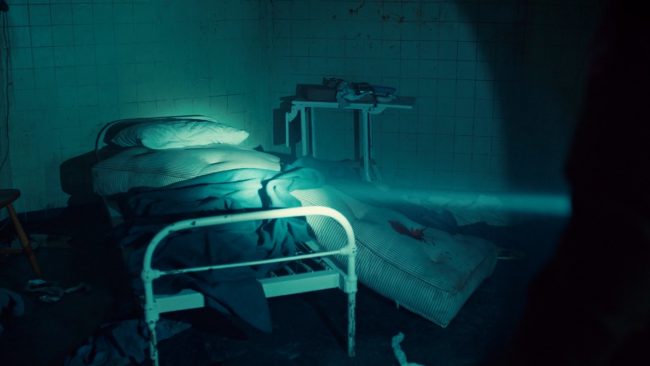 Seriously PTDubs, your basement looks like something our a survival horror game.

Mrs. S names Westmorland as the “original eugenicist” after Scott and Hellwizard describe his antics back in the 1800s, like conducting experiments that culminated in such reports as “The Management of Reproduction in Feebleminded Populations” (AKA eugenics!) and his participation in the Royal Geographic Society. The Royal Geographic Society itself isn’t an eugenic operation—it’s an academic society for the advancement of geographic sciences—but notable members that would have been around during Westmorland’s earlier life included Charles Darwin and Francis Galton. Galton, I’d say, would probably be the actual original eugenicist, given that he coined the term (he also gave us the phrase “nature versus nurture”). He had broad research interests and some of them definitely paralleled Westmorland’s. He was fascinated with measuring intellect as a heritable trait and went so far as to propose breeding programs to improve the genetic stock of the human race.

If Westmorland and Galton’s paths ever crossed, they were probably buddies.

Casey: So what does this crude science entail? It definitely brings to mind the human experimentation that occurred during the Holocaust. With no regards for their subjects, Nazi doctors used their prisoners to carry out genetic experimentation, no matter what the results. It seems that Westmorland, Coady and Susan Duncan began their work with much the same idea. They carried out experiments on this man in order to investigate his unique and interesting genome, which may have included things like injecting disease-causing agents into his blood, disrupting gene expression, or performing radical surgeries. Coady explains the results were horrific: the man developed tumors and became disfigured, as well as regressed into an animalistic state, resulting in the “monster” he is today.

Nina: I know I want to know more about him, since he’s so much more than the “monster” that everyone makes him out to be, but also I really want to see how Mud fits into all of this. She’s the only other person on the island who seems to know what the “monster” is all about, and shows real compassion for him. Who are you, Mud?