Is Neolution's founder the real deal?

Nina: This was a tough episode.

But as far as science content goes, we’re starting to get a clearer picture of what P. T. Westmorland (henceforth within this article referred to as PTDubs)’s endgame is with Revival and its decades-long prolongevity, and what Rachel might want with Kira.

Casey: So something is definitely up with Helena’s babies. I mean it’s not every day that a fetus miraculously heals itself after getting impaled in utero. Sort of like a certain child who survived getting hit by a car with nothing more than a few scratches. It definitely seems like there’s some sort of accelerated healing abilities passed down to the Leda clones’ “miracle” children.

Nina: Yeah, this for sure seems to be the “unique physiology” aspect of Kira that Rachel wants to get her ambitious hands on. Maybe Rachel will be the one to finally figure out what it is about Kira (and Helena’s twins)’s biology that makes them so special and…then what? Harness it somehow? Give it to PTDubs? Hold it over him?

Because based on what we learned from him and Revival this episode, it’s clear that he really values anything that might serve a purpose to his research, whether it’s his Revival cult members, the clones, or Kira, even if it’s not clear what that purpose exactly is.

Casey: We got a little more information about Aisha, the girl that Delphine was treating in the Revival Clinic in the previous episode, specifically that she suffers from Wilms’ tumor. Although this is a rare cancer, it is the most common type of kidney cancer in children. It is thought that Wilms’ tumor is caused by the persistence of cells in the kidney known as progenitor cells, or cells that eventually give rise to the specific types of kidney cells in a normal kidney. The increased number of progenitor cells causes cells to be held in a more “stem cell-like” state for longer than normal, which can lead to abnormal, uncontrolled cell growth leading to tumor development. It’s a great example of how the timing of cell types and stages must be tightly regulated in normal conditions.

Nina: Cosima also gets invited to meet with PTDubs, who is indeed a living person. In a scene where she gets to hang out in his cabinet of curiosities, she comes across a framed photo of the founder with Arthur Conan Doyle (of Sherlock Holmes fame) standing with a Galapagos tortoise. It makes sense that PTDubs would be interested in Galapagos tortoises, given their exceptional lifespans. Galapagos tortoises are known to be one of the longest living vertebrate animals, with lifespans stretching long past 100 years in the wild. The tortoise is also famously one of the animals that Darwin took note of on his voyages on HMS Beagle in the 1830s and he took some 30 tortoises aboard the ship — but for sustenance, not science. Not all of the tortoises were eaten though, and eventually Darwin began noting physical differences in the tortoises that he found on different islands and included these in his research. 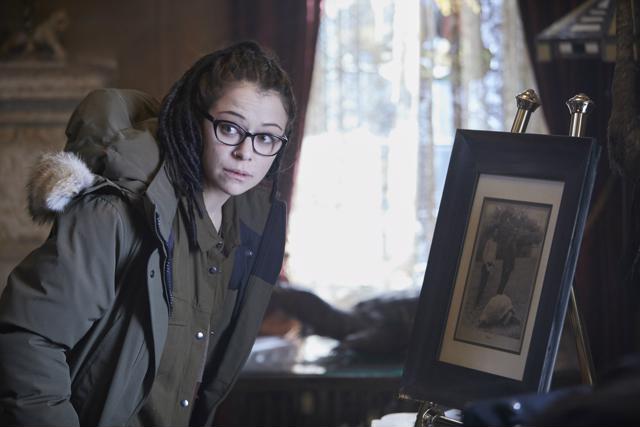 We feel ya, Cosima. We’re pretty skeptical, too.

The most famous of his tortoises was easily Harriet, who eventually ended up at the Brisbane Botanical Gardens and then the Australia Zoo (where she passed away, like Cosima says, about a decade ago in 2006), after it was realized that gloomy England was maybe not the best place for her. This is just one story; Harriet’s history is pretty murky and the jury’s still out as to whether Harriet had ever been on the Beagle at all. There are said to have been at least two other tortoises (Tom and Dick… and Harriet was apparently first called Harry — get it?), but their stories are even less clear than Harriet’s. As for Beatrice, the tortoise that PTDubs names in his photo? We haven’t turned up any record of her.

So what do you think? Is PTDubs the real deal?