May the Odds Be Ever In Your Favor! Tickets for New York Comic Con and New York Super Week To Go On Sale May 13th

One Week to Rule Them All. 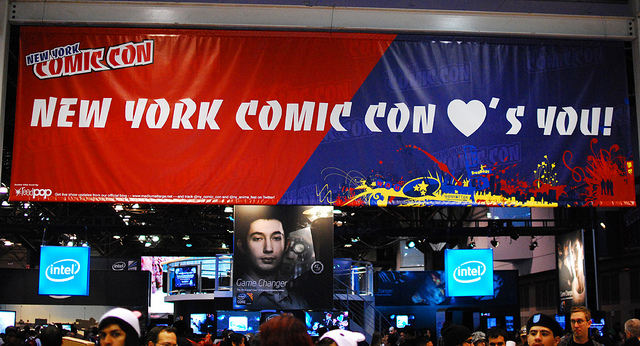 ReedPOP’s Super Week has historically been one of the best ways to take advantage of all the geeky goodness New York has to offer come Comic Con time, and judging from a lineup announced today by ReedPOP, this year should be better than ever.

In a press release this morning, ReedPOP announced that its second-annual Super Week will feature some truly awesome events:

· Doctor Who Symphonic Spectacular, for the first time in the United States, at the Barclays Center

–The Thrilling Adventure Hour presents: CLINK! Beyond Belief Live at The Bell House (sold out)

–Karaoke with the Broadway Stars at the Hard Rock Café

–Stuff You Missed in History Class’s first ever live podcast

— Writing for TV and Film Workshop led by writers, producers and executives from some of today’s biggest genre dramas and sitcoms

Super Week will take place from October 5th-11th (culminating in NYCC at the Javits Center from the 8th-11th); a New York Super Week Card will be available for those who purchase a 4-Day New York Comic Con ticket and as a $10 add-on purchase for additional ticket tiers.

Hype for October already? Make sure to check out ReedPOP’s guide to securing a ticket: