Now That Bill Hader Won the Emmy, Here's Why You Should Watch 'Barry' | The Mary Sue

Now That Bill Hader Won the Emmy, Here’s Why You Should Watch Barry 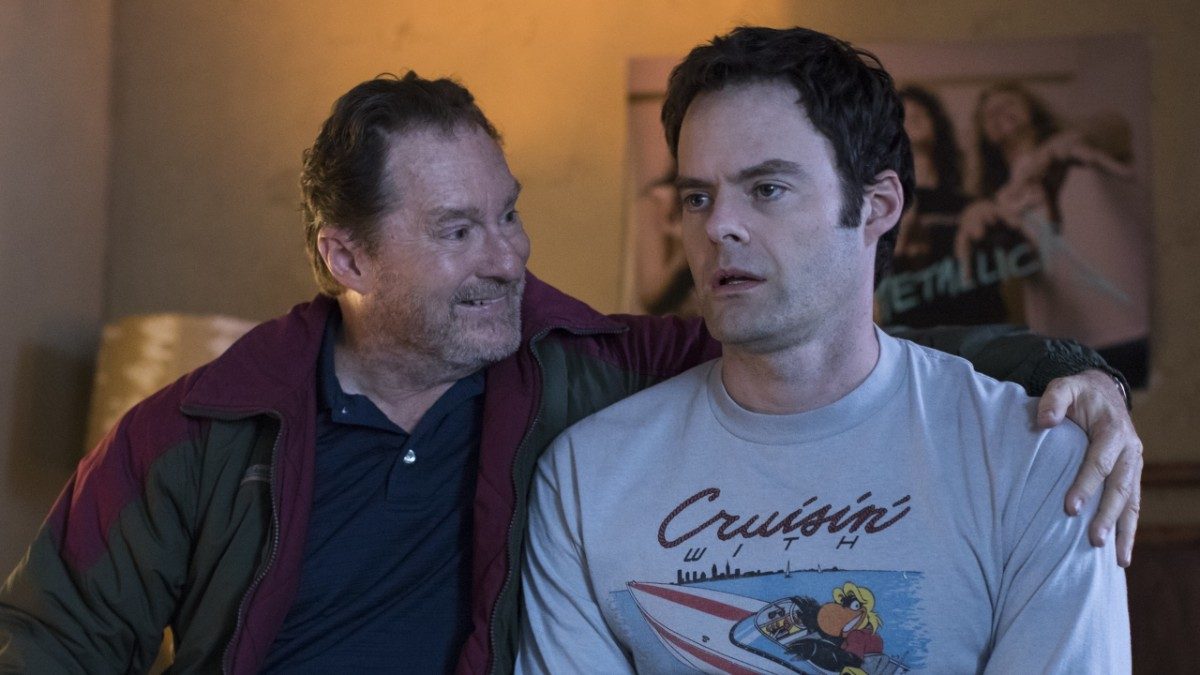 Ah yes, welcome. As you now know, Bill Hader just won an Emmy for his work as Barry Berkman on the HBO show Barry. And you’re probably wondering why. Well, that’s your fault because Barry is one of the best comedies on television right now.

Focused on Barry Berkman, a hit-man who goes to Los Angeles and finds a desire to study acting, he is caught between his past life as a hit-man (which seemingly keeps following after him) and his new desires to apply his trauma from being in the Marines and his life as Monroe Fuches’s strong arm, (played brilliantly by the nominated Stephen Root).

Throughout the first season, we saw as Barry struggled to separate himself from Fuches and how, no matter how hard he tried, he ended up being roped back in to a life he wanted to leave behind and, season 2 saw Barry’s struggle to conceal his murderous past came to a forefront. Everything in Barry’s life begins to fall apart because of his actions that came at the direction of Fuches and we watched as he fought against everything he knew to try and find his own freedom.

He couldn’t escape and it ended up being some of the best acting that we’ve ever seen from Bill Hader and, clearly, for this entire season in the Oustanding Lead Actor category. Out of every nomination, I truly believe that Bill Hader’s nomination and win was extremely warranted and hopefully, everyone will take note and actually watch the show (at this point, I just want someone to talk to me about Barry).

As you can see though, Barry and Bill Hader got some love for his win on Twitter.

Every time something good happens for Bill Hader, I become more powerful. https://t.co/tKFlSnKLc5

I like when the Emmys shake things up with outside the box winners, but Bill Hader’s S2 work on Barry was next level shit. #Emmys2019

Every person I know has fallen in love with Bill Hader this year. His nervous delight at meeting Keith Morrison behind the scenes at Dateline was my “I’d smash” moment of 2019. https://t.co/Fcc1rY1jvo

So, if you haven’t watched Barry before, what do you need? Do you want Bill Hader to win a third Emmy for his work as Barry Berkman? Would that make you finally watch it? Anyway, it’s time you sit down, get your HBO up, and go on the journey of Barry Berkman finding his love for acting.