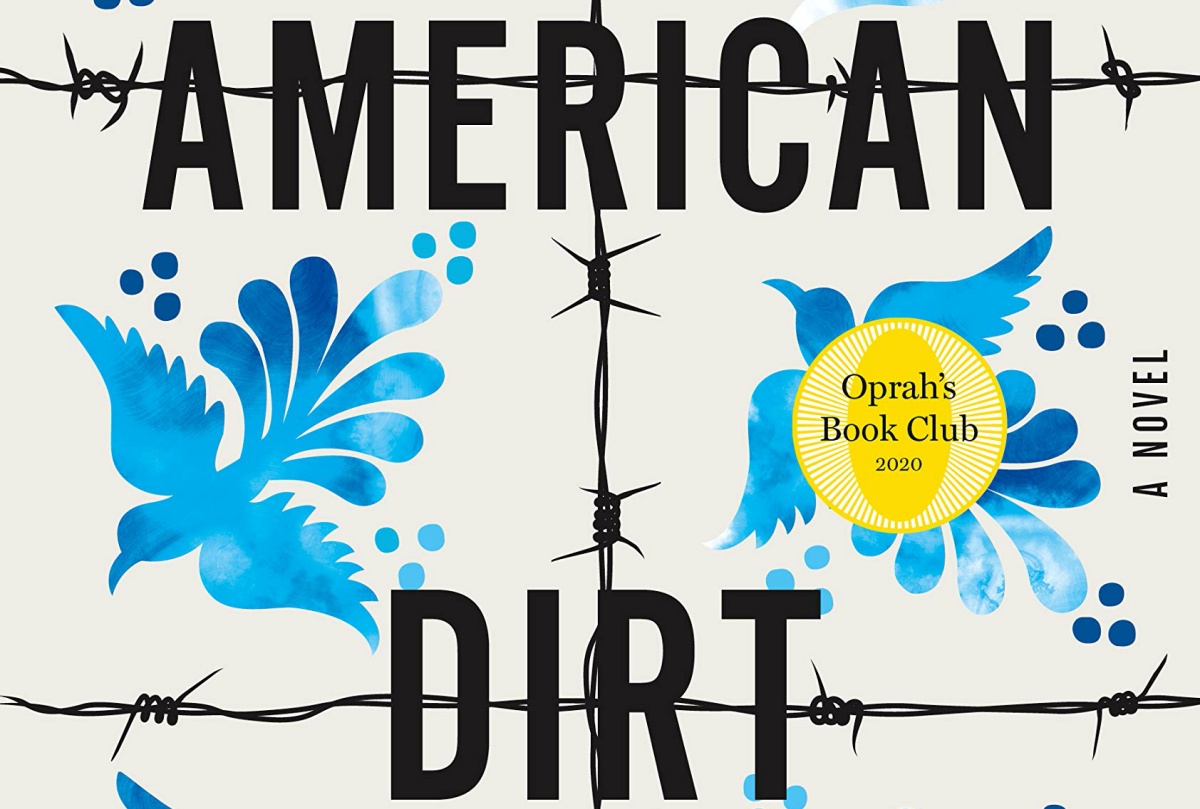 Jeanine Cummins’ novel American Dirt, which chronicles the Latinx immigrant experience of a single mother and her son fleeing Mexico for America, is receiving major backlash and criticism of its white author for trafficking in racist stereotypes. The novel, an Oprah’s Book Club selection, has since been lambasted for its lack of authenticity and for, as Myriam Gurba describes it in her review:

“Her obra de caca belongs to the great American tradition of doing the following:

1. Appropriating genius works by people of color
2. Slapping a coat of mayonesa on them to make palatable to taste buds estados-unidenses and
3. Repackaging them for mass racially “colorblind” consumption.”

The issue is simple: Cummins is a white woman who is receiving outsized acclaim for telling a story that is not her own, and that could be better told by a Latinx author. But of course, authors of color don’t have the access and support system that white authors do. I don’t think there’s a better metaphor for the obliviousness of this book and its publishers than these barbed wire wall flower arrangements at the launch party:

FYI: There’s a book out called American Dirt about a border crossing filled w/harmful Mexican stereotypes that hurt rather than help the community. Oprah picked it for her book club. You want to see how authentic it is? These barbed wire centerpieces were used at party for it. pic.twitter.com/21wj6h2VzJ

The controversy has since inspired the brilliant “novelist meme,” where Twitter users are comparing literary stereotypes about their hometowns with their actual lived experience:

NOVELISTS WRITING ABOUT GROWING UP IN THE SOUTH: The heat hung like molasses in the air as we headed to the pond. We set down our poles, stripped down to our under stuff, and jumped on in.

MY ACTUAL CHILDHOOD IN THE SOUTH: got called gay for crying during “Hardball” again today

NOVELISTS WRITING ABOUT GROWING UP IN LA: After class we pulled on our wetsuits and headed out to the beach to catch some waves before driving up the 101 in our sporty convertibles.

MY ACTUAL CHILDHOOD: Never going to the beach because parking was too expensive. https://t.co/CMSuCGuZfL

NOVELISTS WRITING ABOUT GROWING UP IN TENNESSEE: She ran barefoot down the dirt road, while the smell of fresh blackberries tickled her nose.

MY ACTUAL TEENAGE-HOOD IN TENNESSEE: The pavement is too dang hot, she had to wear shoes. Oh shit, WASPS.

NOVELISTS WRITING ABOUT MONTANA: He rode his horse to the river, the big sky stretching in every direction, rainbow trout shimmering under the water’s surface.

REAL GROWING UP IN MONTANA: Drives around aimlessly in the winter, listening to the Spice Girls & waiting to turn 18

NOVELISTS WRITING ABOUT GROWING UP IN APPALACHIA: I quit school at sixteen and took off into the mines because mama needed the money and daddy done got himself tangled with the law again.

MY ACTUAL CHILDHOOD: I was the only person in my Spanish 1 class not a native speaker https://t.co/hzPAwdoV3M

NOVELISTS WRITING ABOUT GROWING UP WEST INDIAN IN NYC : The herb wafted through the bleak morose concrete jungle of my crack littered hood blasting Bob Marley

MY ACTUAL CHILDHOOD: I’m on a train . Forever . Over two bodies of water. Community Gardens are everywhere https://t.co/brZBiL2Kw4

NOVELISTS WRITING ABOUT GROWING UP LATINX: I got three degree burns making sopa de pollo with my abuela. The police came to our door and made fun of me. Tristeza means sadness.

MY ACTUAL CHILDHOOD: My brother ate my Dunkaroos what can I eat while Gargoyles is on? https://t.co/2y9dMqpJoy

NOVELISTS WRITING ABOUT GROWING UP BLACK IN THE SOUTH: Meemaw’s hands were cracked and frail from the years of labor in the fields, but she still came home and fixed chitlins and biscuits every night.

MY ACTUAL CHILDHOOD IN THE SOUTH: got rotisserie chicken from Publix https://t.co/Lny5f7PKYM

NOVELISTS WRITING ABOUT GROWING UP BLACK IN CHICAGO: Roaches were armed. Rats had crack in their paws. No cared if I lived or died. I dropped out of school at 9.

MY ACTUAL CHILDHOOD: Grandma made me eat vegetables and there were 18 people checking my grades. Including a coyote https://t.co/wcJwvvocMx

NOVELISTS WRITING ABOUT GROWING UP FILIPINA IN THE MIDWEST: My family prays to the Virgin Mary constantly. No one understands winter. I’m never allowed to watch TV.

MY ACTUAL CHILDHOOD: We watched a lot of Star Trek, relatives wanted to visit in winter & we never went to Mass. https://t.co/DjNonBYB2t

NOVELISTS WRITING ABOUT GROWING UP BLACK IN ALABAMA: I drag myself outside to pick cotton before school. Whoops, the Klan burned our school. We learned to read from Jesus.

MY ACTUAL CHILDHOOD: Arguing with the librarian that theoretical physics should be called “math magic.” https://t.co/JX07gAsDu4

NOVELISTS WRITING ABOUT GROWING UP AUTISTIC: The humans pity me. I do not understand their useless emotions. Numbers are all the friends I need.

MY ACTUAL AUTISTIC CHILDHOOD: pacey whitter is so cute omg i’m gonna marry him i must talk about dawsons creek to everyone i know

NOVELISTS WRITING ABOUT GROWING UP MUSLIM IN AMERICA: my father’s beard was the length of my veil. The goats in our backyard were slaughtered when we got hungry. I was beaten for wearing lipstick. I wasn’t allowed books because reading is for infidels.

NOVELISTS WRITING ABOUT GROWING UP IN NYC: With Sinatra playing faintly in the background, we snuck into Yankee Stadium and saw the magic

MY ACTUAL CHILDHOOD IN NYC: The super kicked us out of the stairwell so now we’re drinking on someone’s stoop. It is 19°

NOVELISTS WRITING ABOUT NEW ENGLAND: she lingered in a high window, looking over sea-worn cliffs. Fog settled as thick as ennui on the horizon.

ACTUAL CHILDHOOD IN NEW ENGLAND: A man drove thru a slushy puddle, splashed me on purpose, now i’m wearing clothes from the lost&found

This meme is intensely relatable for literature fans, but especially for those of us from cliché-riddled hometowns. As a New Orleans native, folks often assume that I grew up in cross between a Tennessee Williams play and a Girls Gone Wild video. The reality is that I grew up in the Fire Swamp from The Princess Bride filled to the brim with drunk tourists.

These literary tropes are so ingrained that they’ve become an indelible part of Americana, reinforced by white authors recycling the same stereotypes. But our country is so much more varied and complex than that. If you want to enjoy an authentic look at the immigrant experience, I cannot recommend Apple TV+’s Little America enough.

What are your hometown clichés? Are any of them true? Let us know in the comments!