Not Everyone Is “Safer at Home” 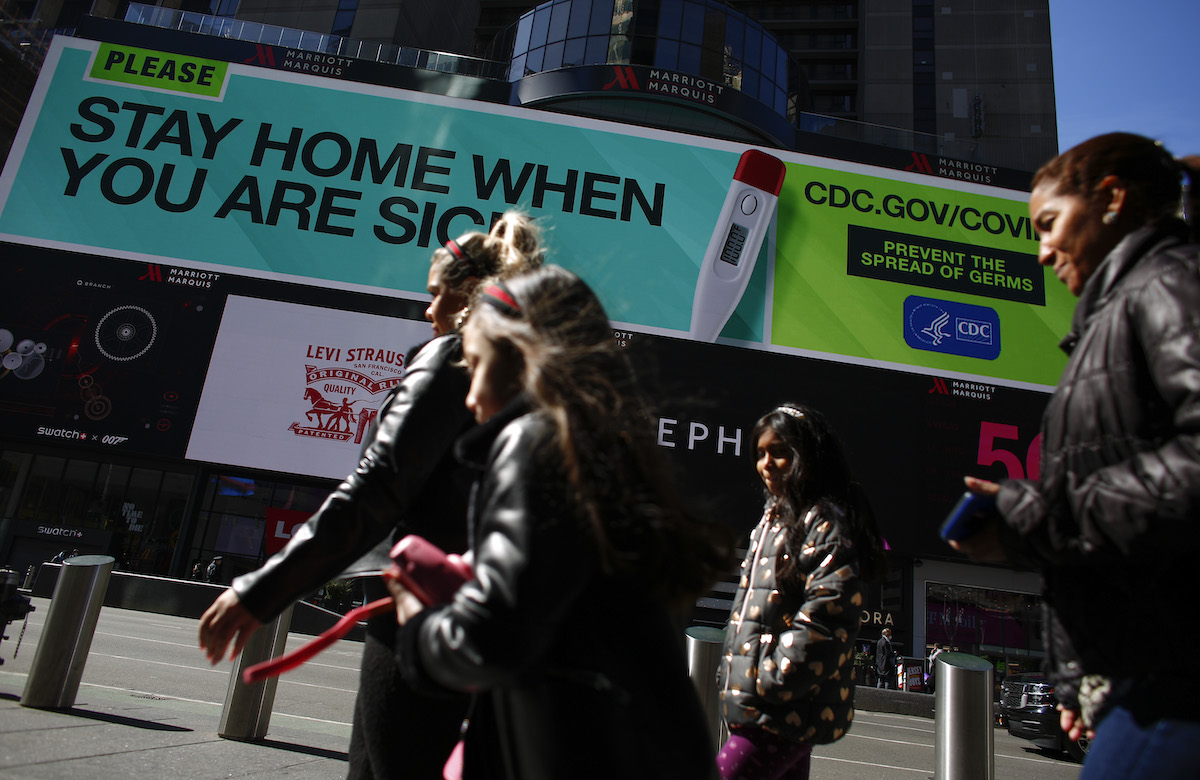 Right now, half of all the people on earth are under lockdown orders, which is an astonishing number and also still not enough to contain the spread of the COVID-19 coronavirus. Dr. Anthony Fauci, the U.S.’s top infectious disease expert who has been advising Donald Trump during the pandemic, has said the lack of a federal lockdown is a mistake. “I just don’t understand why we’re not doing that,” he told CNN.

Having some states shelter in place while others are still free to roam is like having a peeing section in a swimming pool.

Mandatory isolation is absolutely essential to slowing and eventually stopping this pandemic. But yet again, we have example of how the platitudes being used to encourage that isolation only shine a light on those they ignore. One axiom that keeps getting thrown around is the idea of being “safer at home.”

The sentiment behind the saying is obvious. If we stay home, we’re much less likely to catch the COVID-19 coronavirus, and if we all stay home, we make things safer for everyone. But it’s not just a simple slogan to make us rethink that trip to the grocery store. In press conferences and official state directives, politicians have been repeatedly telling us that “everyone is safer at home” and “we are all safer at home.” They say these blanket statements over and over and it’s just not true, not for everyone.

In recent weeks, 911 and domestic violence hotlines and shelters across the country have been seeing huge spikes in the number of partner violence-related emergency calls they’ve received, up to 20 or 30% more in some areas, according to Mother Jones. As victims are being asked or, in many cases, mandated to stay at home with their abusers, the circumstances created by the coronavirus are, as Barbara Paradiso, director of the Center on Domestic Violence at the University of Colorado-Denver put it in that report, “almost like a petri dish for the levels of violence to increase within family relationships.”

In some areas, domestic violence shelters are actually reporting decreased numbers of calls, which is equally disturbing. A decrease in calls does not necessarily indicate a decrease in need. When sheltering in place with their abusers, many victims have no ability at all to leave their homes or even make a phone call. In France and Spain, victims of partner violence are being encouraged to use “code words” at pharmacies, one of the few businesses exempt from those countries’ strick lockdowns.

Child welfare is another issue exacerbated by the coronavirus pandemic. According to the New York Times, “Child welfare workers in several states, including Michigan, Massachusetts, New York and Washington, have tested positive for COVID-19” and workers in New York, the U.S.’s virus epicenter, workers are encouraged to use “virtual visiting.”

But when investigating a report of a child in danger, that’s hardly ideal. ProPublica talked to Georgia Boothe, the executive vice president of Children’s Aid a few weeks ago as U.S. coronavirus numbers were starting to spike.

And unlike many workers in other professions, video visits or phone calls by her staff are risky, Boothe said. The remote visits may not offer a full picture of conditions in the home. Many homes are crowded, making people less inclined to speak frankly if they know they can be overheard.

She said conditions in troubled homes could easily deteriorate without proper support from agencies like hers — even without the added stress of the global pandemic that is robbing many families of jobs and child care.

“Neglect happens because people make difficult decisions due to a lack of resources,” she said. Families will struggle if relatives become sick, she said, or parents may leave children unsupervised to go to work.

There’s another group of people very glaringly ignored by the declaration that we’re all safer at home: those without homes.

In California, Governor Gavin Newsom has estimated that 60,000 homeless people–nearly half of the state’s homeless population–could become infected. In New York, almost nothing has been done to protect the nearly 70,000 people experiencing homelessness in the state.

Shelters across the country are overcrowded communal living spaces with beds placed close together in order to house the maximum number of people. Most also close during the day, meaning they are a breeding ground to spread the virus among vulnerable groups of people every night, who are then forced to go out into the general public every day. Shelter workers have also reported a dangerous lack of masks, hand sanitizer, and other supplies.

“Safer at home” is a fine slogan for a campaign encouraging people not to go out for reckless socializing. But they are not words that apply to everyone equally and by treating them as such, it only pushes those at risk farther into the shadows.