Childhood Memories What Your Nostalgia Hoard Reveals | The Mary Sue

Childhood Memories: What Does Your Nostalgia Hoard Reveal About You?

Space Princess as a valid career goal, pants, and other important things. 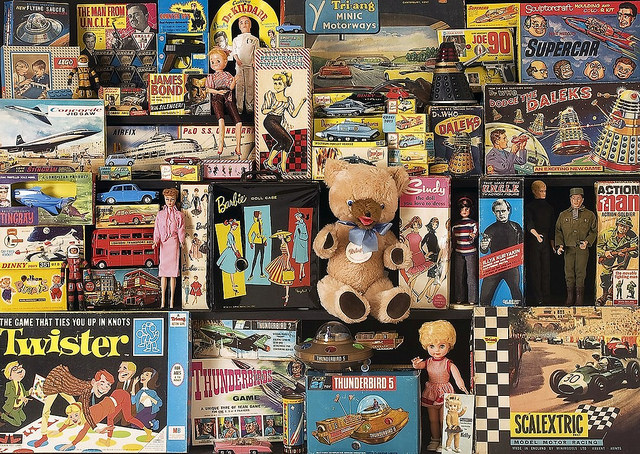 As popular as nostalgia is right now (and who hasn’t freaked out because they saw a t-shirt with ’90’s X-men cartoon Gambit on it and spent nearly thirty bucks on it? Right?) we obviously don’t have access to a time machine to go back and badger our past selves into keeping everything. So… unless you have access to an actual bunker and were able to keep all of the things, you’re probably something like me, and have kept a few important pieces that remind you of how cool, baby you was (or wasn’t), and that represent something that was important to you at some point in the past. I’ve taken some pics and borrowed some others of some of my personal favorites to share, and while I’m no psychologist, I’m pretty sure some of these little past-blasts probably reveal a little more about me than I originally thought. Yikes. 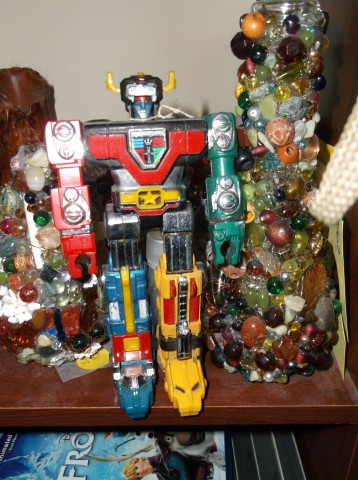 We were a little obsessed with Voltron when it was on before school in the mornings. Back then, I didn’t know what anime was. I just knew that this cartoon was a little different from Disney stuff. And… it had a princess (something both current and baby Saras love) who helped to pilot an interstellar robot warrior mecha thing (another Sara-throughout-time favorite!) Much begging for action figures ensued. I went through two Princess Allura action figures, because the first one got her face paint pulled off when I put tape over her head for some reason. Faceless Allura was pretty much a stunt double for New, Face-Having Allura. Neither of them have survived for photodocumentation. Years later, looking up Voltron online, I found that the heavy, smaller, metal version I have is often referred to as “metallic paint Voltron.” For so long, my family and I have referred to it as “lead paint Voltron,” because it’s so heavy and the colors have stood the test of time a little too well. Lead Paint Voltron is probably not toxic, but even if he was, I don’t think I’d a) lick him or b) get rid of him. Lead Paint Voltron now sits in a place of honor on my desk, most likely not posing any danger to anyone at all. Probably. 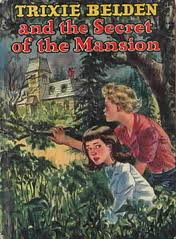 What can I say about how wonderful the Trixie Belden mysteries are? A lot. And, I’m about to do it. I read a lot as a kid. I liked mainly fantasy-style books, but also had a big soft spot for serial mysteries. I read all of the old Nancy Drew books and a lot of the new ones, but Nancy always seemed a little bit “removed” from 6th-grade me. She was always cool, composed, and driving around independently in that little blue coupe. When I found Trixie Belden in the public library, I found a kindred spirit. She lived in the middle of nowhere in the country, like me, and was too young to drive. At the beginning of the series, she didn’t have anyone to hang out with because no one lived near her. I so identified with that. She was younger than Nancy – only thirteen at the start of the series, and she had insecurities that I shared; she often thought other girls were prettier, more athletic, smarter, etc. and she had a temper, often speaking before thinking, and jumping to conclusions. By the eighth book, Trixie has a full friend group and they’ve formed a secret club (what kid didn’t want that?), and they’re going around solving mysteries.

How did Trixie Belden help shape my future? 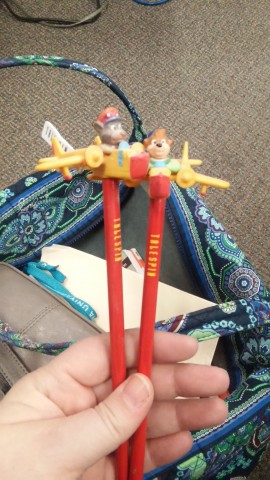 I loved TaleSpin. I still love it. I think it’s one of the best cartoons Disney ever made, strange anthro-animal pants designations aside (seriously – what ARE the rules? Boy bears = no pants. Lady bears? Pants. Don Karnage? Pants. Shere Khan? Pants. Baloo and Kit? No pants. It it because they’re bears? Birdperson ladies don’t have to wear pants, but Launchpad McQuack wears pants … and I have to stop this madness before I start making a pants-chart or something.) The story was great, the animation was gorgeous, and it was soundtracked like an actual movie. The TaleSpin soundtrack fed my inner soundtrack nerd like almost nothing else outside of movies. Cape Suzette had its own place theme. Don Karnage (speaking to you, with his voice!) and the Iron Vulture had one of the best villain themes I’ve ever heard, and even Wildcat had his own weird, whistled music that popped up whenever his character was onscreen.

TaleSpin had it all – adventure, romance, and tongue-in-cheek humor (Road to Macadamia? Thembria? Citizen Khan? War of the Weirds? The Old Man and the Sea Duck?). You had to be kind of smart to get all of the references. I’m still finding things in that show that I didn’t notice the first jillion times I rewatched it. There was clearly chemistry between Rebecca and Baloo, Kit had his sordid past as a sky pirate and a desire to be part of a real family, and I’m pretty sure Louie’s Place was a bar, but they only ever seemed to serve ice cream and fruit juice. And this is all in addition to the pilot episode (hee hee, pilot. The show is about airplanes!) being a freaking musical! If you’ve never heard Sky Pirate Extraordinaire Don Karnage sing “Sky Pirates,” scour the Internets to find it. It’s been cut out of subsequent versions, and it contains the line, “What a great career, as a buccaneer! It keeps us in the air and off the streets!”

What did TaleSpin do for me?

Lisa Hayes from Robotech (minus leg) 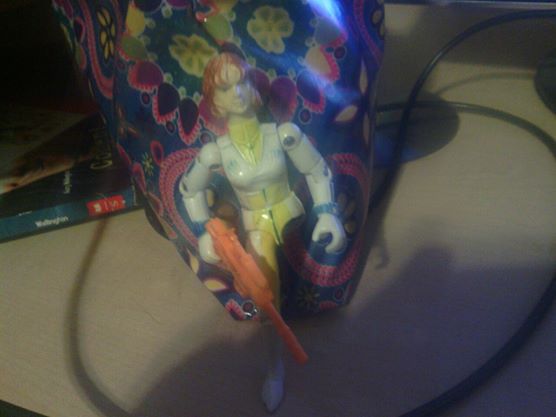 Like Voltron, Robotech came on before school in the mornings, and it was like watching an awesome science fiction soap opera. Lisa Hayes was one of my favorite characters on the show. She was calm, cool, and had the best job ever – she worked on a giant spaceship with a whole city on it! I still want that job. It’s not too late! Quick – someone get a city up there, stat! And hire me to work there! I bought most of the lady action figures I could find for shows that I loved, and (as you can see), Lisa Hayes saw a good bit of action, even losing her leg in combat (I think, with a TIE fighter… crossover fic in play?). The orange gun she’s holding in the picture was from some other action figure, and we used to prop her up on it, a la Cherry Darling. Not that we’d seen that – we just thought she was kind of badass with a gun for a leg.

My Labyrinth t-shirt that is now too small to model in a picture, my old Nintendo and pile of awesome old games (Goonies II for-evah!), and my She-Ra Princess of Power beach towel, that I still use. So, after all of this, my non-professional assessment is that I value adventure, have an abiding love of science fiction, really wish that Space Princess was a real job, and really dig soundtracks and geeking out about them.

What do you have in your nostalgia hoard, and what do you think that says about you? Respond in the comments and let us know, and feel free to tag us in photos on Twitter!