How About That: North Korea Has a FAQ 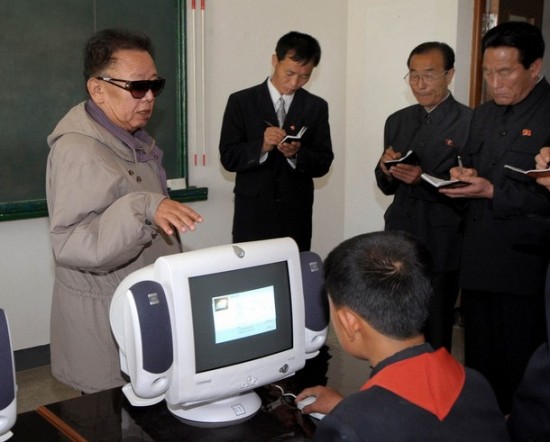 With the recent death of Kim Jong-Il, many people ignorant of the internal workings of the Democratic People’s Republic of Korea might have some questions. Perhaps you’re curious about how a DPRK citizen spends his or her time, or maybe you’re looking for commentary on slippery rumors about mass starvation and nuclear weapons. Well, worry no more friends: North Korea maintains a FAQ that should answer just about any question you might have. And it’s not full of bald-faced propaganda, of course not.

The website claims to be maintained by the Korean Friendship Association. Though based in Spain, the group functions as an official public face for North Korea to the rest of the world.

Here are some of the best entries in this mindblowing FAQ.

1. Can I get a signed photograph from Leader Kim Jong IL?

The KFA Shop is offering this article. Please visit the following webpage:

Because freedom means never being alone.

8. Can I travel to North Korea as a backpacker?

No. You must travel as a group only, even if you are the only participant you must be with Korean guides at all times.

I mean, that’s one way to recycle stuff.

11. I want to know why North Korea has nuclear weapons.

After the US failed to fulfill the terms in the Agreed Framework by supplying two light-water reactors to the DPRK as compensation for the discontinuing of Korean nuclear power, the DPRK withdrew in October 2002 from the NPT and thus restarted its own energy-producing program, and then started to recycle spent fuel-rods.

The DPRK has a nuclear deterrence as a life-insurance to protect the motherland. The US, who put the country inside the “Axis of Evil”, and is threatening with a nuclear holocaust pre-emptive strike has created this situation and made this neccessary. The situation is no less serious because the US side has nuclear weapons and other missiles stationed in South Korea.

Because freedom means one political party.

13. Is North Korea a dictatorship?

No, the DPRK is a single-united-party constitutional democracy guaranteeing freedom of speech and assembly to all citizens. DPRK citizens play an active role in their nation’s political life at the local, regional and national levels, through their trade unions or as members of one of the nation’s three political parties, which include the Workers’ Party of Korea, the Chondoist Chongu Party and the Korean Social Democratic Party.

17. I hear that North Koreans are very poor. Is this true?

By international standards, DPRK citizens enjoy a very high standard of living. In Socialist Korea, the state guarantees all citizens the right to quality healthcare, education, stipends for the disabled, retirement pensions and access to recreational facilities, as well as a wide array of other state-supported services. Indeed, DPRK citizens are guaranteed many provisions that are uncommon in many developed capitalist societies, which are home to real poverty. Unlike in many countries of the capitalist world, the DPRK is a state free of homelessness, unemployment, prostitution and starvation.

24. Is it true that all citizens of the DPRK work for the government?

Government and people are one. There is no distinction of them.

23. What activites does the average person do in a week for fun?

Hiking, Bowling, Reading, listen to music etc – it differs from person to person.

You can read the full list here, and have your mind still further blown when you discover that North Korea has an official blog. Didn’t see an answer for your question about the DPRK? Well, that’s okay, there’s a system for that.

This is the official FAQ for questions about North Korea. If your question is not on the list you can

[email protected] <– send us your question.

Now that is one intimidating email address.