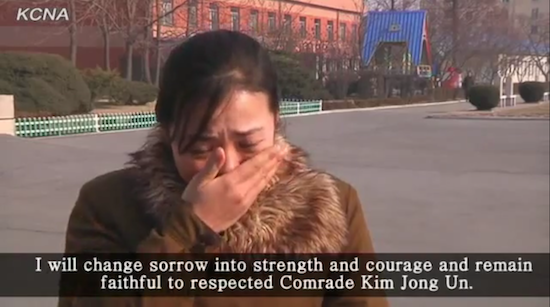 North Korean dictator Kim Jong Il, 69, died last night, reportedly due to having a heart attack during a train ride. Though we don’t normally report on “normal” news, the dictator’s death came with a very odd, fairly unsettling video released by North Korean state news, featuring North Koreans supposedly devastated at the loss of the dictator that most of the rest of the world couldn’t be happier about losing. The almost synchronization and extreme — if it were in a movie — cheesy outbursts of the mourners seem a little suspect, making it all the more awkward and unsettling. Read on below to check out the video, complete with fists pounding the concrete and people screaming at the top of their lungs.