North Carolina Set to Repeal HB2, A.K.A. That Anti-Trans Bathroom Bill We Still Can’t Believe Is a Thing 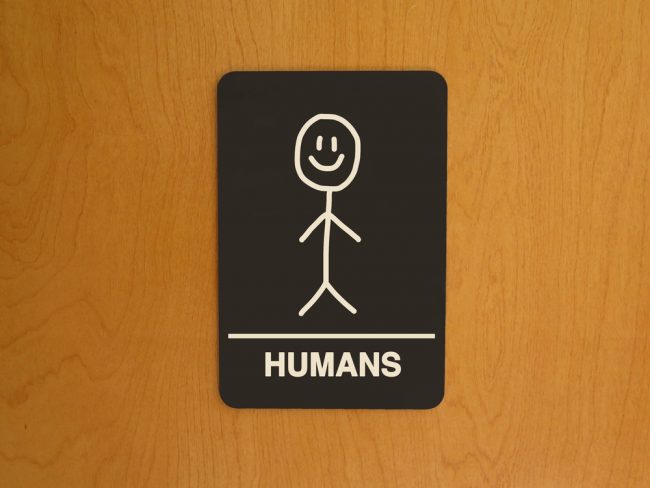 It’s a big day in North Carolina, as state legislators gather to (hopefully, presumably) repeal HB2. You may know HB2 better by the name Public Facilities Privacy & Security Act, or maybe by the less formal but more accurate “How the hell are lawmakers still so obsessed with what bathroom we use?”

The bill, which required all persons to use the restroom corresponding to their gender at birth, was introduced by the state’s Republican Governor Pat McCrory. But McCrory was narrowly defeated by (and just last week finally conceded to) the new Governor-elect, Democrat Roy Cooper.

An unexpected unanimous vote from the Charlotte City Council Monday rejected the bill, and state legislators are expected to repeal HB2 entirely.

Now, we’d all love for our elected officials to actually care about the wellbeing of the people—all  people—and I’m not so cynical as to think that’s not true. But, at the same time, money matters. It matters a lot. (Especially when money = jobs.) It’s no coincidence that the bill is being repealed after the state has lost a tremendous amount of business, most notably PayPal publicly declaring it was halting plans to expand business in Charlotte, and the NBA refused to hold its All-Star Game in the city. That’s proof, I suppose, that we can vote at the polls, but we really can vote with our dollars. And sure, maybe that last “we” is more “major corporations and event franchises,” but hey, whatever works.

(via Lawnewz, image via John Arehart/Shutterstock)