So the Green Goblin Is in Times Square ... | The Mary Sue

Things We Saw Today: So the Green Goblin Is in Times Square … 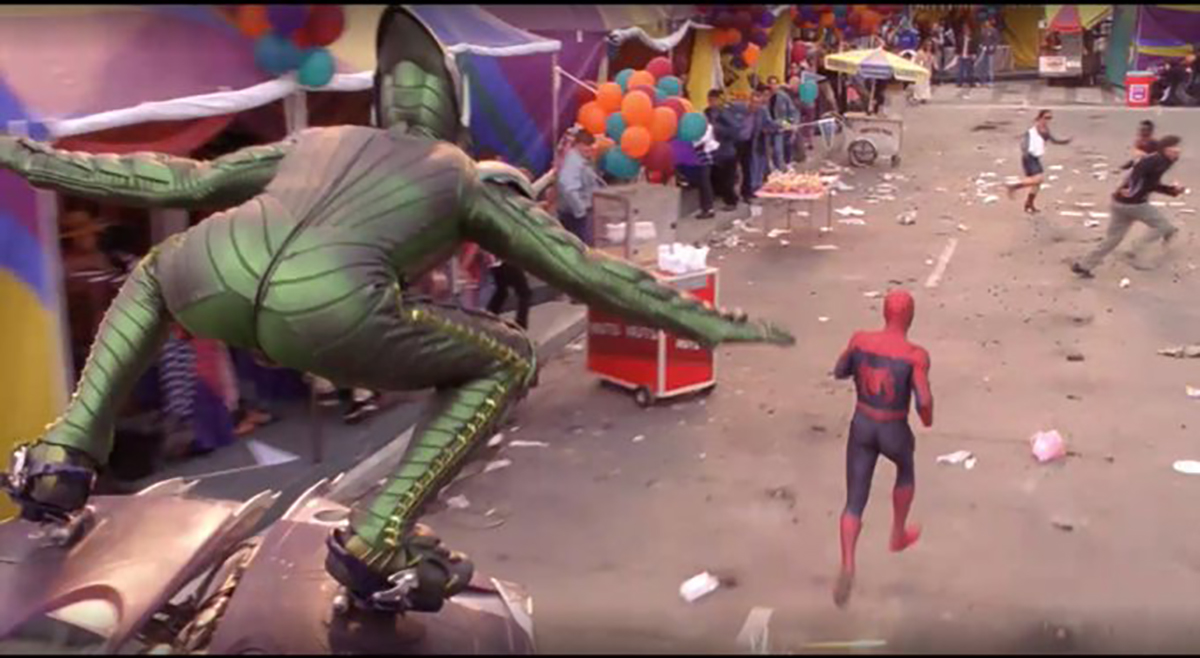 Imagine you’re just, like, walking around New York City, and suddenly a man is flying above you—not in a plane or with superpowers, but on a hoverboard. No, this is not the Sam Raimi classic Spider-Man, but it is actually what happened in Times Square. Much like when the Green Goblin and Peter Parker fought in Times Square during the World Unity Festival, this man was just flying around like no one was watching.

OK we’ve got the Green Goblin. Does this mean some Queens kid was just bitten by a radioactive spider? https://t.co/BWviHg0mtn

The thing is, this just means that I can now go get bitten by a radioactive spider to take him down. (I will not even think about that Green Goblin/Gwen Stacy nonsense. Nope.) Or maybe this man is trying to bring back Spider-Man: Turn Off the Dark to Broadway which also featured the Green Goblin’s hoverboard and I know this because it flew over my head and I thought I was going to die.

I don’t know this man’s life, I don’t know what his deal is—it seems no one does quite yet, but there are some pretty likely explanations—but if he suddenly has a tower in New York City and a son named Harry, I’m going to have more questions.

1/3 Here’s the last of the Camp Counselor Jason and Carrie Crossover! I just realized that this month is when Prom Night happens! 🌟🕺💃🌟 pic.twitter.com/uaL5z9UEGt

Anything we missed, Mary Suevians? Let us know