Paramount Chief Cops to Ghost in the Shell Whitewashing Mistake, Seems to Blame All of Us Anyway

Everything but the crocodile tears. 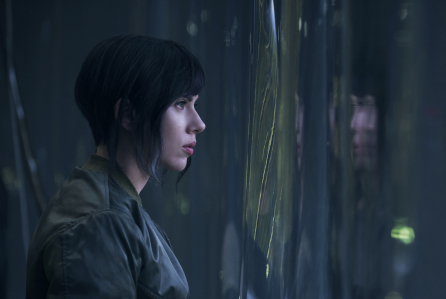 Boy, where do I begin?

Paramount has kind of admitted that whitewashing Ghost in the Shell‘s Major Motoko Kusanagi led to the film bombing at the box office. The studio’s domestic distribution chief, Kyle Davies, copped to the mistake to CBC News, saying, “We had hopes for better results domestically. I think the conversation regarding casting impacted the reviews.” Yeah, no kidding.

I don’t mean to split hairs here, but honestly, it wasn’t the conversation that hurt the movie, it was the casting decision that impacted the reviews—oh, that and the so-called ho-hum “lifeless,” “disappointingly drab” plot. But by all means, blame the people talking about how you messed up the casting. That’s cool, too, I guess? (Yeah, no, it’s not.)

Here’s the thing: You had hoped for better results domestically. Cool. You know what gets you better results? Actually listening to criticism and then doing something about it, not blaming it for your failures after the fact. The “conversation” that “impacted the reviews” likely never would have happened if, you know, you actually cared enough to listen to the oft-repeated arguments for better representation and less whitewashing.

That’s another thing, too: This “conversation regarding casting” isn’t new, nor is it centered upon this movie alone. It’s just the latest in a long line of the whitewashed casting that traces its roots all the way back to old “golden age” Hollywood. It seems a bit unfair to blame the conversation, especially given the fact that it was within your power to listen to it at any time within the past 40 or so years, when Edward Said started talking about the Orientalism that y’all seem to love so much despite its xenophobic, hateful roots.

Stop pretending this “conversation” regarding whitewashing is anything new. Hell, stop pretending this is even a “conversation.” These days it feels more like a shot in the dark, asking for a chance to bargain with the great, chaotic, dark mystical being that is Hollywood. If anyone’s having a conversation, it’s the people who try to further the discourse while you go off and do your own thing anyway, only coming back to join the conversation after you get spanked at the box office and want to apologize to maybe save some face—hey, there’s an Asian concept for you to learn, because that’s actually what you do every time you make this very same mistake and say, “Hey, we’re listening, and we’re sorry. We’re trying, waaah.”

But what he says next is very telling indeed:

You’ve got a movie that is very important to the fanboys since it’s based on a Japanese anime movie. So you’re always trying to thread that needle between honouring the source material and make a movie for a mass audience. That’s challenging, but clearly the reviews didn’t help.

Yeah, okay, “fanboys,” that kind of sets it all up right there. It goes to show how out of touch you are with this so-called “conversation” that you’re blaming for your poor showing. Assuming that only boys are interested in the movie reflects a lack of respect for and understanding of who was actually invested in seeing themselves represented on screen. This isn’t to say men weren’t calling Hollywood out just as loudly, but rather, Davies’ use of the limiting, reductive term reflects a poor understanding of just what was at stake here.

More importantly, thinking that “white actress” = “mass audience draw” is exactly the fucking problem here. This idea that only white actors or actresses can be big box office draws is dangerous, because it puts you in positions like this one where you’re defending your casting decision before your movie flops then wondering what the hell happened afterwards. It’s a racist idea based in old, old prejudices that have literally no business in today’s more socially conscious world.

I don’t (shouldn’t) have to tell you that it takes casting Asian actors and actresses to make them “box office draws,” and every time they’re barred from even telling their own patently Asian stories, you make the problem worse. It’s such a dangerous, damaging cycle, one that Hollywood is often all too happy to feed.