Okay but Why Isn’t Taika Waititi Being Nominated for Jojo Rabbit? 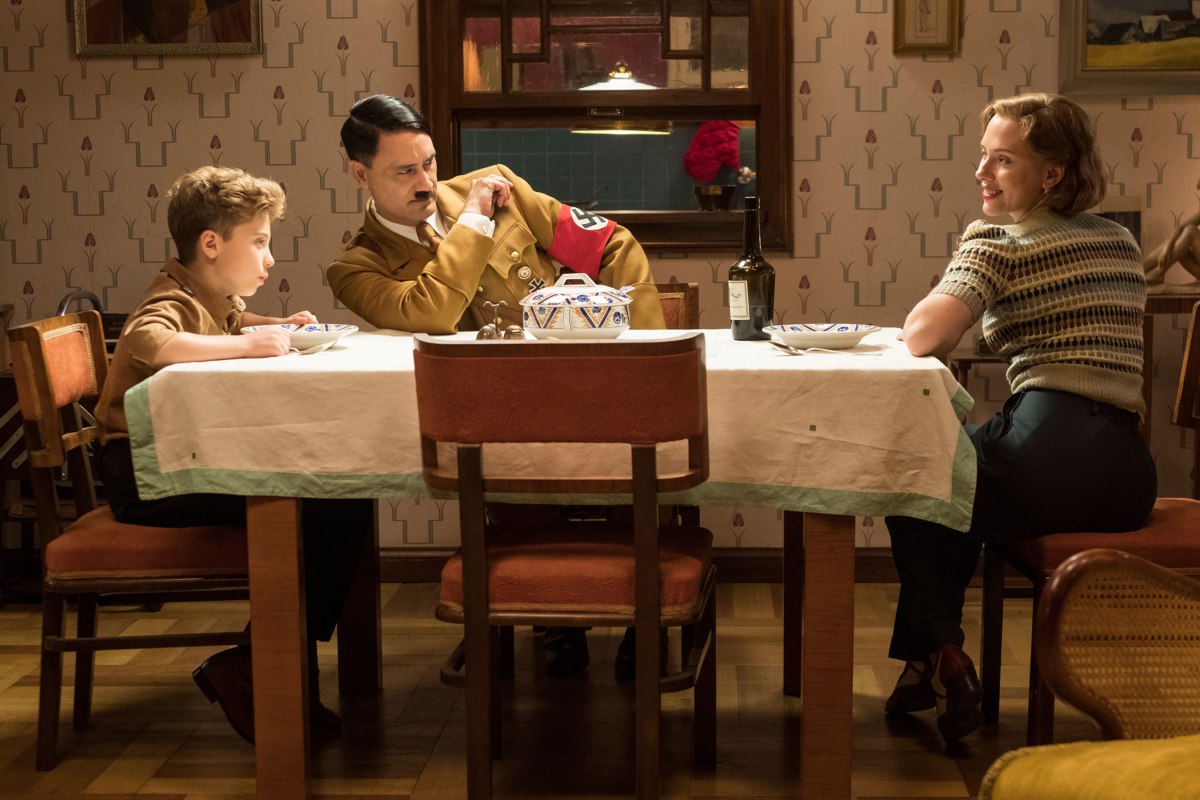 Jojo Rabbit was easily one of my favorite movies of 2019. In my personal top five, Jojo Rabbit probably sits at number one (tied with Rocketman, but that’s because I love a good musical). So, that being said, I’m shocked that the movie isn’t getting more recognition throughout the award show circuit, especially since the BAFTAs were apparently angry at “the industry” for the lack of diversity in their nominations instead of, you know, themselves for ignoring the brilliant performances we did get from POC in 2019.

So … I have some questions. Mainly, why wasn’t Taika Waititi nominated for directing or starring in Jojo Rabbit when the movie itself garnered five nominations (including one for Adapted Screenplay that Taika Waititi did get)? The thing is … how can a movie get nominated for five different things but not nominate the director?

There is a beauty to Taika Waititi’s performance as Hitler, which is an absolutely baffling thing to write. But bringing to life an imaginary friend that has the mindset and anger of Hitler, and watching his descent into madness as he loses his power over Jojo (Roman Griffin Davis), is what makes everything that is hilarious and mystical about the film that much more real.

Sure, he’s not really Hitler, but he still has that anger and power that Hitler had. He still convinces a child that Jews are not people, and when he’s overpowered by said child, he reacts in the same way that has been documented about Hitler. All of this bleeds into the story and makes the performances of Roman Griffin Davis and Scarlett Johansson that much more powerful. So … why no love, then, for Waititi himself?

Is it because he’s considered a comedic actor despite the very real transformation that his role takes? Or is it because the world of “prestige” film has never taken him seriously despite making amazing film after amazing film? If Leonardo DiCaprio played this role, they’d probably give him 8 different Oscar nominations for it, but Taika Waititi? No?

It’s just frustrating because I saw Jojo Rabbit and thought, without a shadow of a doubt, that Waititi would at least get a directing nomination. Instead, he’s pushed to the side for someone like Todd Phillips or Scorsese, who directed movies that (I’m sorry to say) we’ve seen time and time again?

Or did Todd Phillips get the nomination because he went from directing comedies to directing this darker film, much like … oh right, Taika Waititi. I’m sorry, but whatever your “excuse” is, both his performance as Hitler and his directing should have gotten nominations over a lot of the white men who got recognition.

With the exception of Tom Hanks as Mr. Rogers, most everyone in that Supporting Actor category had a performance that I watched and thought, “Okay, that’s a performance,” versus Waititi’s Hitler that has stayed with me for months. But I guess he’s not white so he can’t be considered, right?

It feels very much like they pushed him aside yet nominated his movie, again, five different times. I’m beyond happy that he got the nomination for Adapted Screenplay, but he should have gotten so much more for bringing this film to life.