Grandpa Noam did not come to play, y'all! 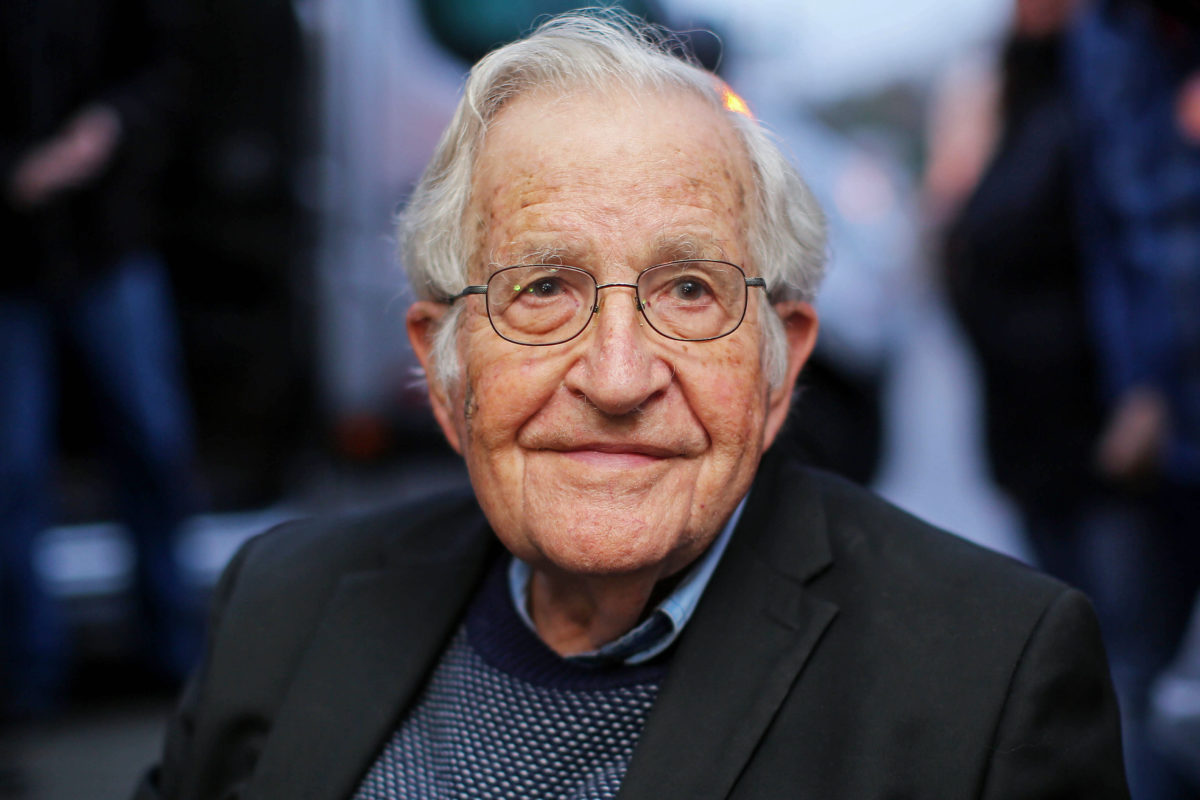 Covering everything from Turkey, to Trump, to the Democratic Presidential candidates, to the essentially the de-evolution of language and its meaning, Chomsky and Hasan go in hard. Not one to have ever held back, at 91 years old, Chomsky is utterly brutal in his critique of American politics. Grandpa Noam did not come to play ya’ll. I highly recommend giving the entire episode a listen if you’re able, but I also went ahead and captured the highlights (aka his most savage roasts.)

His thoughts on Bernie Sanders and why he terrifies Democratic leaders:

The thought of Joe Biden as the nominee makes him literally laugh:

On Withdrawing Troops From Syria:

He goes on to roast the Republican Party:

But he is just as harsh on the Democrats and what they’ve become:

He is dubious about Trump’s Impeachment:

Then he goes deep on how language, especially political terms, have lost all meaning:

With an extra burn on Libertarians:

Then cranked that burn all the way up to a full-on charbroil for his opinion on the U.S. political system as a whole:

And finally, looking back across his 91 years, leaves us with this ominous warning:

So three cheers for cranky, yet somehow almost always right, Grandpa Noam! May the protective sphere that surrounds Ruth Bader-Ginsburg also protect Noam Chomsky so that we can have his insight, and sharp tongue around until climate change finally kills us all.