No PVP at Launch For Diablo III 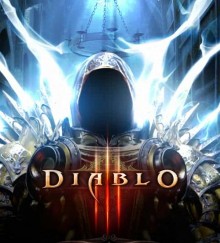 The third installment in game studio Blizzard’s much beloved Diablo series is still without a release date, but fans of the series have a new piece of news to puzzle over: The game will not ship with player vs. player combat. According to a blog post on the Diablo III community site, the company is focusing all its efforts on bringing a quality single player campaign to market, and promises to bring PVP to game in a later patch.

[…] we wanted to let you know that we’ve made the difficult decision to hold back the PvP Arena system and release it in a patch following the game’s launch. After a lot of consideration and discussion, we ultimately felt that delaying the whole game purely for PvP would just be punishing to everyone who’s waiting to enjoy the campaign and core solo/co-op content, all of which is just about complete.

So the message to fans is, the game you want is coming, just not with everything you wanted. Though Blizzard famously refuses to give release dates, preferring to release games “when they’re ready,” the decision to delay PVP suggests that the long-awaited game is ready and will be coming soon. In fact, that reputation for a quality release is sited by Wilson as the reason for the delay on PVP. He writes, “we’ve come to realize that the PvP game and systems aren’t yet living up to our standards.”

Wilson goes on to outline the PVP experience that fans will have once the patch is released, which will include Arena maps, themed locations, a number of achievements specific to PVP, a “personal progression system” to log how your character fairs in battle, and matchmaking system to bring teams together.

As always, there’s no word on when the game itself — or the PVP patch — will be released beyond “soon” and “later,” respectively. Thankfully, Blizzard fans are nothing if not patient.