Last year, Studio Ponoc released its first feature film: Mary and the Witch’s Flower, an adaptation of the Mary Stewart book The Little Broomstick. When I spoke to director Yoshiaki Nishimura (The Tale of Princess Kaguya) and director Hiromasa Yonebayashi (When Marnie Was There, The Secret World of Arrietty) last year, they emphasized the importance of children’s media, bravery, and the film as their first step forward, away from Studio Ghibli.

Their next project is overflowing with the same compelling themes. Modest Heroes is an anthology of three stories from Yonebayashi, Yoshiyuki Momose (an animator on various Isao Takahata films and the video game Ni No Kuni), and Akihiko Yamashita (a Studio Ghibli animator making his directing debut). Over email, producer Nishimura told me about these individual stories and how they embody a special kind of heroism that you find through connections with other people.

The Mary Sue (TMS): You’ve said before that Mary was a great first project because it was about starting a brave, new journey—something you and your team had to do when you started your own studio. Now that you’ve accomplished that, what kind of messages do you want to tell in your future projects?

Yoshiaki Nishimura: We’re thinking about different themes for the future. Speaking about themes of Modest Heroes short films, we decided on this theme and title because we wanted to think about the heroes around us that we don’t see. In other words, it’s not the “Marvel heroes” who save us (of course in the movies they do) but realizing those who help, support, and improve our lives that we don’t notice. Those heroes are the people that gave us creators courage.

I don’t know if this gets too political but when you see Rohingya children or refugee children around the world, it really touches us to realize that they are away from their mother or father and that they want to get their parents back. This small intent is very pure and precious. We wanted to put a spotlight on this. Children might see this as a fairytale about two brothers who journey to find their father but I feel that there are many children in the world who will see themselves reflected in the story of “Kanini & Kanino.” 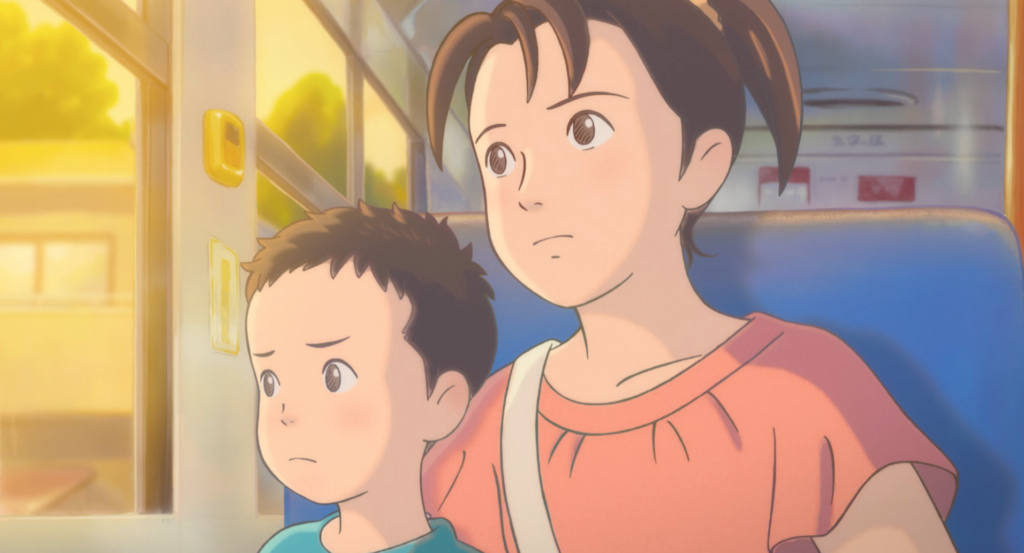 In “Life Ain’t Gonna Lose,” the main character has a severe allergy to eggs, which is something that you can’t see. His classmates and schoolteachers can’t begin to fathom his illness. Nor can they see how much effort his mother puts into caring for her son. In reality we all have many people around us who have severe allergies but we may never stop to think about their situation. So putting a spotlight on this child helps one realize “oh this is what they have to do to live” and the will to live.

This also applies to “Invisible.” There are people that we are not aware of who are overcoming daily challenges to live and to persevere. I feel that there’s value in looking into the places we “don’t see” to discover that there are people living their day-to-day lives there. Commonly in a feature film we see the main character overcoming challenges.

However there are some challenges that can’t be overcome, so how do you live on? This was a good opportunity to explore that.

In addition it’s part of our style to keep looking for things that we have overlooked or that have become “invisible” in society. So we aren’t planning things saying “OK that was a courage theme so the next will be love.” We like to look at society right now and see what story is necessary to tell.

TMS: Tell me a bit about the decision to produce the short films Modest Heroes—what was the goal behind the short film format, and what ties these stories together?

Nishimura: After we finished our feature film, we looked at the kind of entertainment that existed around us. We first noticed that the amount of reading material, reading content and media content is explosively vast and continues to increase. You could even call it a digital content revolution. This is seen not only in animation, but in live-action as well.

For example, in the last five years there’s probably been at least twice the amount of TV series produced in North America. In 2016 there were 453 dramas made. In Japan, other than manga and magazines, the number of new books that have been published is about 100,000. There’s an expansive number of TV and films too. It’s really confusing if we are making all this or if we are being made to make this.

The problem is that many similar things are being made. There are new technologies and methods, but animation is the same thing over and over again. So our intent was to go back to a beginner’s mind and to create a new way of expression and something different. By doing something new with short films, we can find new talent including creators, not just directors. It may be a different way of expression or new technology, and we need to discover these things. Another important element in the short films was that in each film someone is saved. That was the intent of these short films. 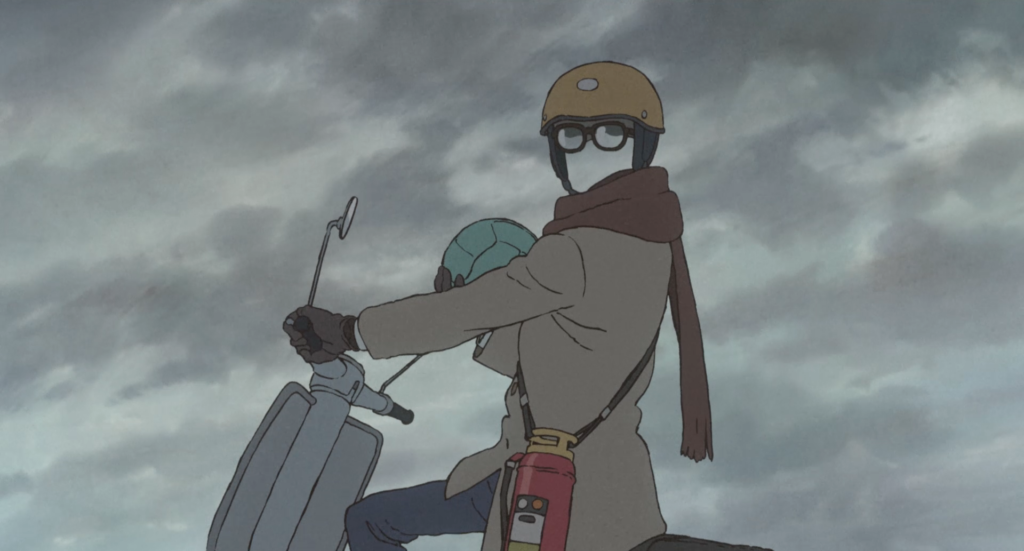 TMS: On the subject of Modest Heroes, what do you think makes someone a hero?

Nishimura: One is a hero when their identity connects with someone else’s identity. Human instinct is to survive. In other words, to protect yourself is very much an animal instinct. What makes the difference between animals and humans is one’s relationship with society. Looking out for yourself and your family is a given. But I think it’s distinctly human to be able to think about how one can help in society.

Japan has experienced earthquakes, typhoons, and other natural disasters lately. During these times, people have been moved to help and to share their capabilities in their own way. This motivation is the seed of being a hero: to do something for someone else. Next we must ask: Who is the “someone else”? I think this is when one finds out if one’s identity if connected to another’s identity, to feel that another person matters to yourself. I feel that the more you connect with others, the better society will be. The seed of becoming a hero lies in connecting with others.

TMS: A lot of viewers thought Mary and the Witch’s Flower was using images that evoked Studio Ghibli to pay homage to the company. Was that the case, and will that be something we can expect in future films from the studio?

Nishimura: We didn’t purposefully have homages to Ghibli. One thing that had to be realized in Mary and the Witch’s Flower was that we had to create a film in only two-and-a-half years while starting
completely from scratch, even without a studio. It took Ghibli over thirty years to become what it was by the time we completed “When Marnie Was There.”

Once we were told production at Ghibli would end, we had to start from nothing. We had no equipment and no employees. I basically used my own savings to start Studio Ponoc. We had to gather people and build an environment to make not just any film, but a Ghibli-quality feature-length film that would meet or exceed the expectations of Ghibli fans.

So, our biggest challenge was to try to create a Ghibli-quality film from nothing. For example, if Pixar’s production department were to close, would it be possible to make a Pixar film from scratch in two-and-a-half years? I don’t think so. But that’s basically what we did. We felt that if we didn’t do it now, these kinds of films would disappear according to the rules of entropy; the heat would dissipate and disappear. This was the challenge we had before us. In the future, I think that Studio Ponoc will gradually expose audiences to animation that they have never experienced.

TMS: Are there any recent films you’ve really loved, or felt inspired by?

Nishimura: I saw Jurassic World and thought “wow, we can come this far; we can do this.” Another film I liked was Three Billboards… Also It was interesting to see; it was like a mix of a horror film and Stand by Me.

TMS: What is Studio Ponoc planning next?

Nishimura: We are in development of an animated feature, which will be announced in the future. Our animation will always be for children that adults will enjoy too.