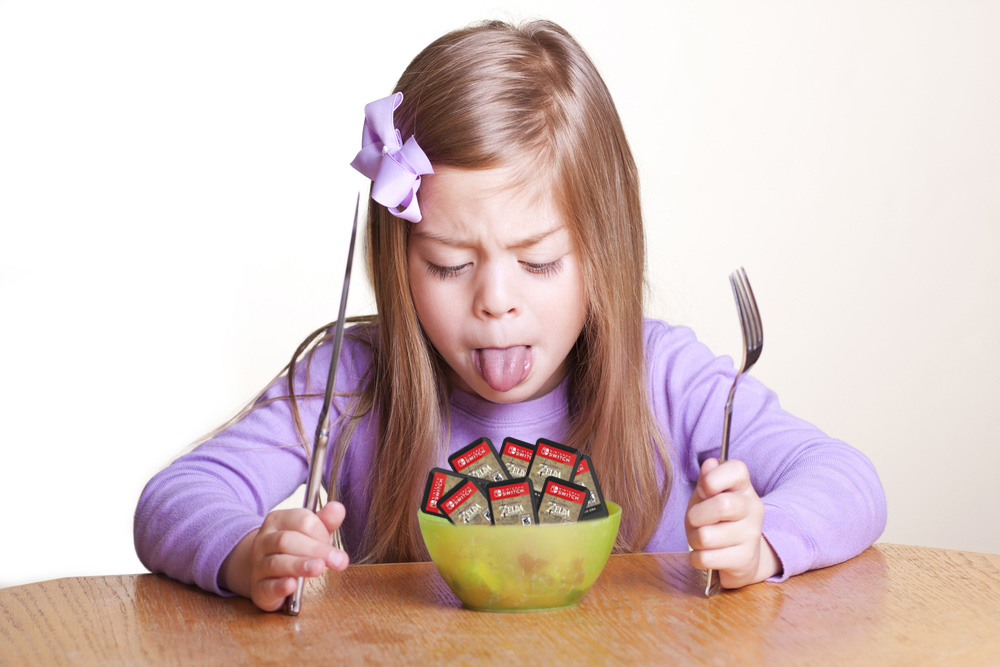 The Nintendo Switch is almost upon us (it releases tomorrow, March 3), and those with review units have been hard at work testing ever aspect of the new console—and I mean every aspect, right down to how the cartridges taste. That taste is, apparently, terrible, but that’s just where the story gets interesting.

Gaming journalist Jeff Gerstmann discovered this foul taste and word quickly spread across the Internet that one would be best advised not to ever put a Nintendo Switch cartridge anywhere in the vicinity of tastebuds ever, but the burning question remained: was the taste a bi-product of manufacturing, or was it intentional? Now, that question has been answered after what was seemingly a flood of inquiries to Nintendo’s poor PR professionals:

Kotaku finally secured a response from the Big N, noting that the taste was, indeed, purposefully applied as a deterrent against accidental ingestion by children (or your pets):

So, there you have it. Nintendo cares so much about your children/fur-children that they sacrificed one of the most notably important aspects of their games: the flavor. With that mystery solved, we can get back to digging into the less important minutiae, like “Is Zelda any good?” (it sure seems so) and “how are the online features that only just went live for reviewers?” (Friend codes. Enough said.)

(via Eurogamer, image via Shutterstock/our edits)