Nintendo President: iPhone Is a Bigger Threat than XBox 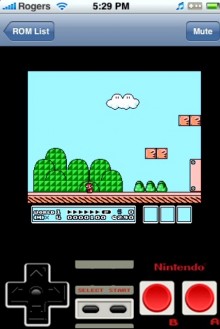 If you want to find someone doing that kind of volume you’ve got to look outside the game business. At, say, Apple, which is pushing games on the iPhone and iPod touch. Apple sold more 14.1 million iPhones alone during the quarter ending in September. “Do I think that in the near term they can hurt us more than Microsoft?” Fils-Aime says. “Absolutely.”

–Nintendo of America president Reggie Fils-Aime on the relative threats presented to his company by Microsoft’s XBox 360 and Sony’s PlayStation 3 as compared with casual gaming on Apple’s iPhone and iPod Touch. Fils-Aime says Apple is the bigger threat, although he unsurprisingly gives the edge to Nintendo in the end.