Republicans Are Mad at Nike and Colin Kaepernick Again 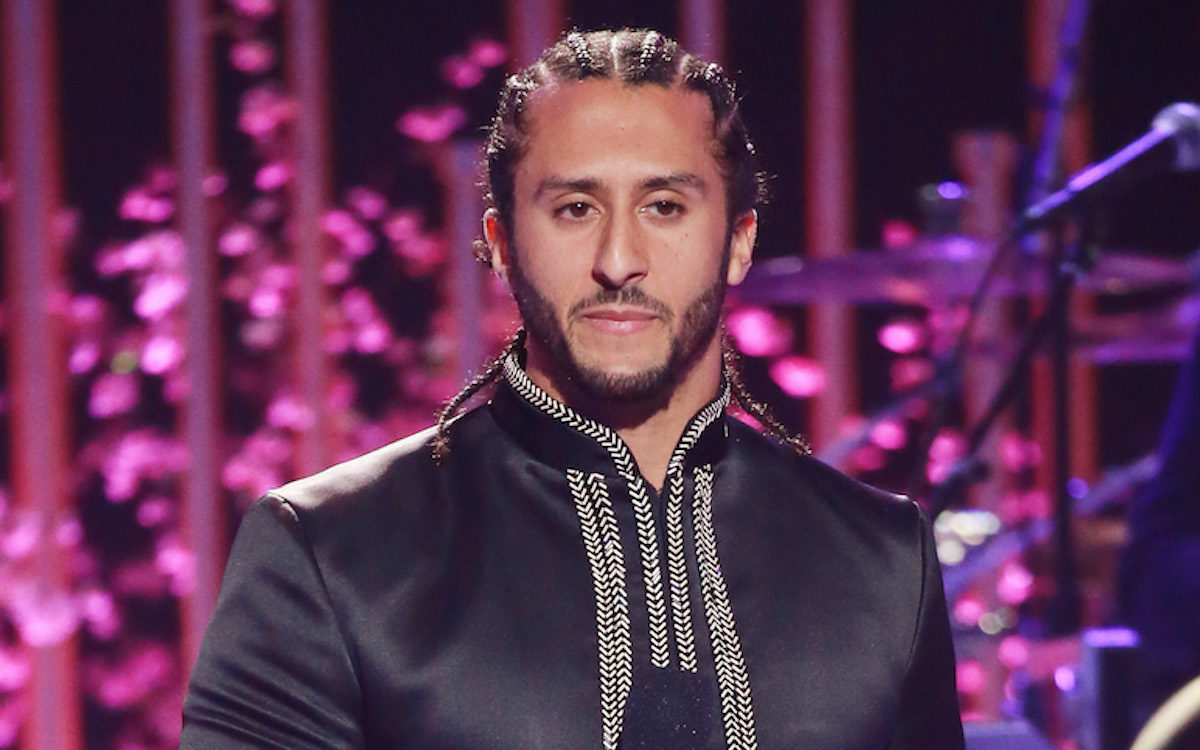 Nike has reportedly cancelled plans to release a sneaker bearing an early design of the American flag after Colin Kaepernick let the company know that the “Betsy Ross flag” has racist and offensive connotations. Nike brought Kaepernick on a spokesperson last year, largely because of his dedication to free speech and his right to protest racial injustice. So it’s very cool to hear that they’re actually listening to him on these issues.

And, just like when Kaepernick was brought in to Nike in the first place, it made a whole lot of conservatives real mad. They seem to view this as part of Kaepernick’s (nonexistent) long-standing mission to destroy the American flag and everything it stands for.

There are a whole lot of Republican lawmakers and far-conservative pundits with a newfound passion for historical textiles angry about the denigration of the American flag–despite the fact that this is not the American flag.

It’s a good thing @Nike only wants to sell sneakers to people who hate the American flag…. @NFL #HappyFourth https://t.co/G6w8vDjvLP

Nike thinks American flag is symbol of oppression? What planet are you on? Nike gladly allows Chinese Communist Party to tell it what products to sell while building its business around sweatshop labor. Nike is anti-American, pure & simple. https://t.co/AgHkCnVi33

.@Nike is removing a sneaker that displays the American flag at the advice of Colin Kaepernick. This is just outrageous! @theWillWitt explains why brandstanding activism is hurting the corporate Left. pic.twitter.com/azxRFPxw9R

Seriously, how do they not get this?

Does THIS Flag offend you too?!

I mean … no. No, that’s a different flag, and that’s the whole point. My favorite part of all of this is how hard a whole lot of men are suddenly ride-or-die stans for Betsy Ross.

And finally, it shouldn’t take a controversy over a shoe for our kids to know who Betsy Ross is. A founding mother. Her story should be taught in all American schools. In the meantime, it’s worth googling her. 9/9

If they did Google her, they’d learn that no one even knows for sure if she made that flag.

*rubs temples until I can hear my skull beginning to crack*
When’s the last time a single one of you angry Nike guys thought about Betsy Ross? Spend a lot of time cracking a cold one with the boys and shooting the shit about colonial textile arts?

In recent years, the so-called Betsy Ross flag has found a new life in some white supremacist circles. In 2016, a group of students from a majority-white school brought the flag and a Trump banner to a football game in an attempt to intimidate those from the other school, whose students were primarily POC.

That’s just one example. At the time, Cle J. Jackson, the president of the NAACP Greater Grand Rapids Branch, said that this early flag had been appropriated by “the so-called ‘Patriot Movement’ and other militia groups who are responding to America’s increasing diversity with opposition and racial supremacy.”

This is, apparently, the first time a lot of people are hearing about this.

The Betsy Ross flag is now a symbol of White Nationalism and slavery? Not defiance against a distant monarchy?

PC madness is accelerating just in time for 2020.
Trump feeds on your reflexive Wokeness.
Great job, everybody. https://t.co/T1T05PSwSQ

Just because you’ve never heard of a thing, that doesn’t make it any less true, Joe. The designers at Nike seem not to have been aware of the connotations, but they also then displayed an ability to listen and learn.