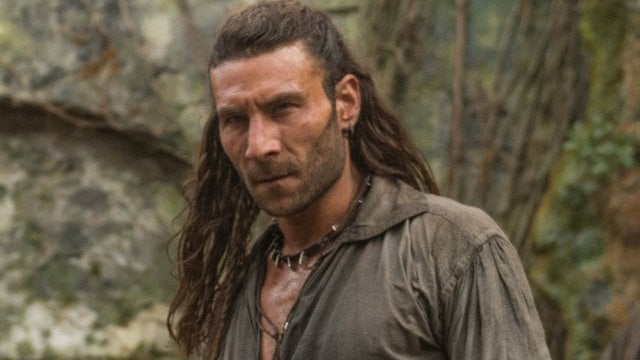 Deadline broke the news yesterday that Zach McGowan of Shameless, Black Sails, and The 100 has been cast as the lead of Niʻihau, a historical WWII drama directed by Gabriel Robertson. The glaring issue? The story is about island leader and Medal for Merit and Purple Heart recipient Benehakaka “Ben” Kanahele who is very much not white.

The casting of McGowan in the role of a native Hawaiian elicited a number of responses ranging from “Are you kidding me with this shit?” to “Are you fucking kidding me with this shit?” While we’ve seen a disappointing amount of terrible white-washing recently, the blatant white-washing of a significant historical figure feels especially terrible with the white savior implications and the fact these episodes of history are so rarely seen at all.

For those unfamiliar with the story, Kanahele saved the life of Japanese pilot Shigenori Nishikaichi after the pilot crashed on the island of Niʻihau, only to discover that Nishikaichi had taken part in the bombing of Pearl Harbor. Nishikaichi then obtained the help of three locals of Japanese descent to try and escape, but was eventually killed by Kanahele and his wife Kaoloha “Ella” Kanahele (who, it should be noted, is as much a hero as Kanahele). The event eventually became known as the Niʻihau Incident, and you can read about it more in detail here.

On the film, director Robertson says he was drawn to the story’s “huge historical significance” and the way it “plays out like a Shakespearean tragedy.” He says:

“I see circumstance as the true antagonist of this story. These characters, once placed in this situation, were driven by their initial instincts: to help a stranger in need. Indeed, it wasn’t until circumstance forced their hands that the characters desperately turned to violence.”

Producer Ken Petrie of 27 Ten Production also gives a statement so lacking in self-awareness it’s impressive, saying “there is a weight to be shouldered, and the material requires the utmost care and authenticity.”

To claim authenticity as a priority feels like a terrible joke, when casting a Hawaiian actor seems like it should be the bare minimum for an “authentic” film about Niʻihau. And before someone inevitably suggests we “wait and see” how the team handles the story, Tamlyn Tomita has also commented on the actual script which she describes as one void of research, “atrocious in tone, setting, and authenticity,” and incredibly misinformed about the relationship between the incident and Japanese internment.

The Deadline article also cites the Niʻihau Incident as one that led directly to “President Franklin D Roosevelt issuing Executive Order 9066, which directly led to the mass internment of 119,803 Japanese-American men.” Many like Joseph Shoji Lachman have responded to this description with a necessary historical lesson about how that statement isn’t only false, but part of a harmful narrative that “[discounts] the decades and decades of anti-Asian racism and institutionalized discrimination that influenced FDR, the state governors, congress, and local governments.” The McGowan casting isn’t just a blatant act of disrespect towards Ben Kanahele, it’s a dangerous re-writing of history that erases native Hawaiians from their own history by misrepresenting real people.

Anne Keala Kelly spoke about the casting to NBC, saying, “We in Hawaii have seen George Clooney and Shailene Woodley and Emma Stone play Hawaiians. And Grace Park, who is Asian American, plays Kono Kalakaua every week on ‘Hawaii 5-0.’ So it’s only Hawaiians who can’t be Hawaiians on screen.”

Who is this film for? If it does get made despite the controversy, I can’t imagine anyone with even a bit of investment in historical accuracy seeing it and we’ve seen how white-washing doesn’t bring in profit. We’ve seen white-washed films fail back-to-back, and yet this still happens. I don’t want this film to fail, I want it to go back into oblivion where it belongs and for a native Hawaiian director and cast to give this story the adaptation it deserves.

How did you react to the Zach McGowan casting news?