"I am not finished. There is yet more of me." 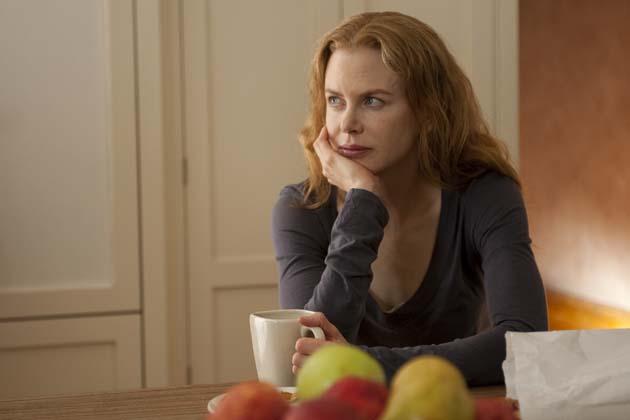 Those of us who are fans of Neil Gaiman’s work—and I know there are a lot of us ’round here—know how awesome his short story collection, Fragile Things, is. One story in particular, How to Talk to Girls at Parties, resonated with me the most. Well, that story is being adapted into a film—a “musically charged” one, no less—directed by John Cameron Mitchell, and starring Elle Fanning. What’s more, it was just announced that Nicole Kidman will be joining the cast. Mitchell and Philippa Goslet are writing the script.

The original short story stars a young man named Enn (even Neil Gaiman needs a Mary Sue sometimes), who goes to a party and feels like all the girls are so alien to him. No, really. They’re aliens.

In the film version, which is slightly streamlined, Fanning will play an alien rock star touring the galaxy who breaks away and ends up in a London suburb called Croydon. There she meets a boy.

So it seems that, while the short story was very much focused on the experiences of the boy, the film will be focusing on one of the titular girls—or rather, will focus equally on the girl and the boy, which is a really great choice. Also interesting is that the girl is an actual rock star—as opposed to punk music being in the background of the original story. There will also apparently be lots of music and a Romeo and Juliet vibe surrounding the love story. Producer, Howard Gertler, said this about the project:

This is a story that appeals to teens and adults, something John and Neil Gaiman’s work also achieves, and that is why it’s such a good fit… John compares it to Romeo and Juliet, except instead of Montagues and Capulets we have punks and aliens.

Huh. Now, what’s great about the original story is that it used sci-fi elements as a metaphor for what young love feels like. I hope that isn’t lost. I hope that the film doesn’t rely too heavily on spectacle and a punk rock soundtrack. That said, I love John Cameron Mitchell’s work as a writer and director. All of his film projects, from the adaptation of his stage musical, Hedwig and the Angry Inch, to Shortbus, to Rabbit Hole, have a very deep humanity even as they rock, explore orgies, or have a dead child at its center, respectively. Mitchell excels at using spectacle to enhance his explorations of humanity, and so I’m looking forward to how he handles one of my favorite short stories!

What do you think about a film version of How to Talk to Girls at Parties? And who do you think Nicole Kidman will play?