What Do You Mean Fury Wouldn't Have Fit in Endgame Battle? | The Mary Sue

Um … What Do You Mean Nick Fury Wouldn’t Have Fit in the Avengers: Endgame Battle? 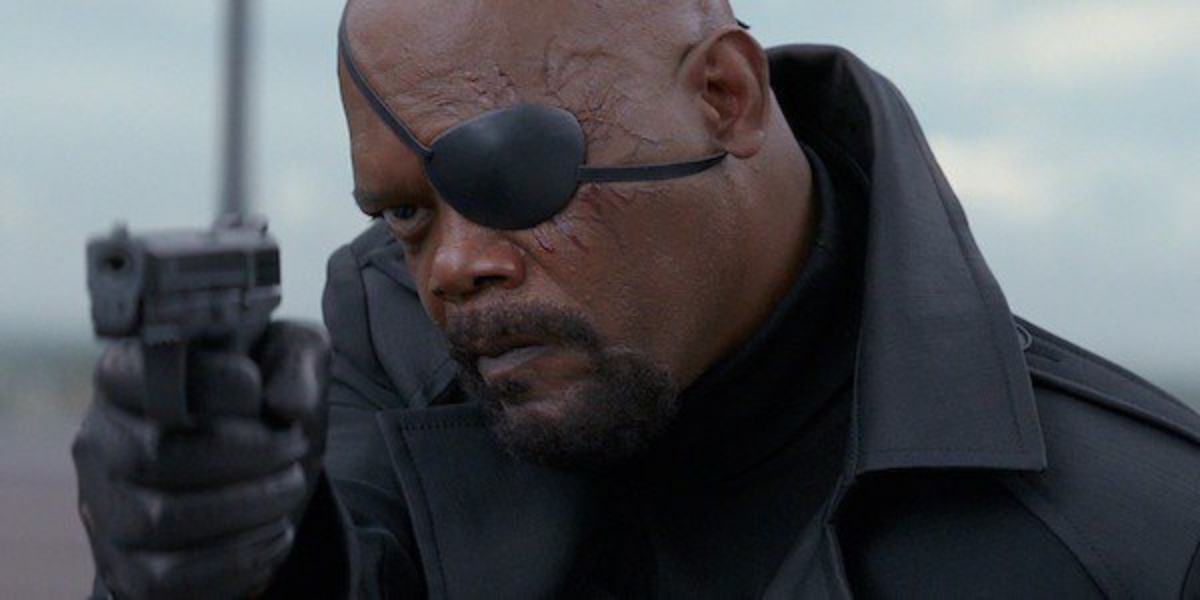 I love Marvel’s Avengers: Endgame. With all the expectations and weight on the film’s shoulders, it managed to hit every note really well, and considering that we also saw this year how badly a massively popular franchise can fail to stick the landing (you know what I’m talking about), it says a lot that they managed to make a two-part movie work really well. That being said, I wish the writers would stop dropping these weird comments, because they just make everything worse.

ComicBook.com reported that Christopher Markus, who wrote Endgame with Stephen McFeely, spoke at San Diego Comic-Con this year about why Nick Fury was absent in the final battle of the film. Markus said, “I don’t think we ever put him in […]. It was [because] we have such a traffic jam of heroes and so much power, that to have a guy who, in combat, would just be firing a gun … it doesn’t come off well for Nick Fury, frankly.”

Firstly, I think the decision to save Fury’s entrance for the funeral sequence works fine. It’s a great place to see him, especially since it’s him entering the frame. However, to say that his contribution to the battle would be “just be firing a gun” is weird when that’s what Rocket, Bucky, and Natasha (RIP) have done, and Hawkeye fights with a bow and arrow—or a sword when he’s feeling angsty.

The series has always found ways to let the non-superpowered heroes use their wits and ingenuity to fight in lieu of superpowers. To say that Colonel Nicholas Joseph Fury Sr. wouldn’t have pulled his weight is a slander of the highest order, and I will not stand for it—not to mention, Fury has access to all these weapons from S.H.I.E.L.D. that would have been helpful to everyone, and we could have gotten Maria Hill to be a part of the Avengers girl gang (gang, gang).

We’ve also had Marvel head Kevin Feige saying that he thinks Scarlet Witch/Wanda Maximoff could have killed Thanos by herself: “Wanda Maximoff, who is probably near the upper echelons of power — I contend she would have taken down Thanos if he hadn’t called the [army]. Right? It was done. So her being the Scarlet Witch now, as Lizzie said on stage in a full sort of unabashed power-based [way], coming into the Doctor Strange movie, that is two heroes coming together in a fun way.”

And … well, w know that (it was pretty clear in the movie), but it would also have been great to just either have her body Thanos or keep it moving. We already know that Wanda is pretty much a god-mode character, so hopefully, in the new Doctor Strange movie, they will give her baddies who measure up. Scarlet Witch and Captain Marvel both got to punch Thanos real hard, but they will need bad guys in the future who will be able to match up with the Mad Titan, who has been the ultimate baddie in the Marvel Cinematic Universe for so long.

No matter if it’s Nick Fury or Wanda, the MCU has crafted heroes who we are used to seeing be strong and competent, so there is no need to depower them or remove them. Just make it work.