Nick Fury Is Finally Getting His Own Time in a Disney+ Show Starring Samuel L. Jackson! 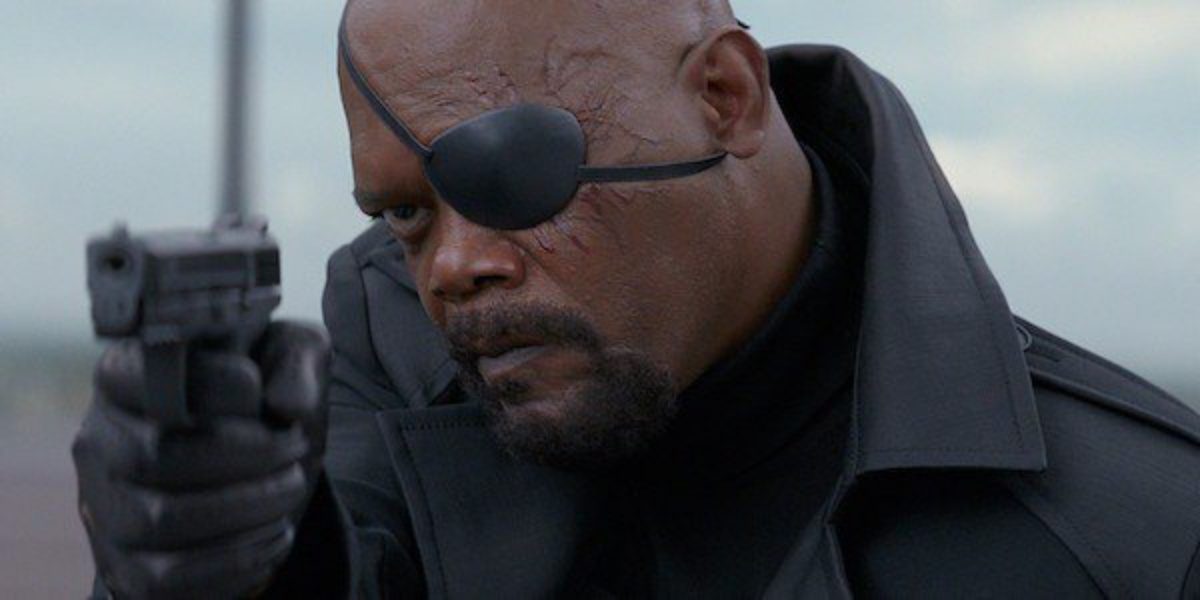 “The exact plot details of the show are being kept under wraps, but multiple sources say Jackson is attached to star with Kyle Bradstreet attached to write and executive produce. Like all the other Marvel shows at Disney Plus, Marvel Studios will produce,” Variety reported in the exclusive, and honestly? Fine, yes, I will take whatever it is. Whether it’s a series set prior to the entire Marvel Cinematic Universe or his return to Earth after the reveal that he was in space while Spider-Man was fighting Mysterio, I’ll take it.

This news does kind of confirm everyone’s ideas that S.W.O.R.D. is going to play a large part in the future of the Marvel Cinematic Universe. Sentient World Observation and Response Department (S.W.O.R.D.) was featured in the post-credits scene for Spider-Man: Far From Home, so chances are that this show will either have Nick Fury operating S.W.O.R.D. or feature him returning to Earth to deal with the fallout from Mysterio’s reveal that Peter is … well, Spider-Man.

We also don’t know where this Nick Fury show will end up in the lineup of Marvel programming heading our way. With WandaVision and Falcon and the Winter Soldier coming out soon (and Loki following after), we have plenty of other shows heading to Disney+. From She-Hulk to Hawkeye, Ms. Marvel, and more, it’s going to be a lot to all weave together, so who knows where this Nick Fury show is going to fit or who is going to join him?

But what is exciting about it is that Samuel L. Jackson deserves this. Much like Black Widow, he’s been around (fully) since Iron Man 2 (though he showed up post-credits in Iron Man), and still, he’s just been a supporting character to all these heroes and their standalone films. So Nick Fury getting his time to shine? I’m here and ready for it.

Personally, I hope that we do get some flashbacks of Nick Fury assembling the Avengers (pun intended), but I’ll also take the creation of S.W.O.R.D. Whatever it ends up being, getting even more Samuel L. Jackson in the Marvel Cinematic Universe is extremely exciting! Sorry, Nick, but you have a lot of superheroes clearly running amok after Avengers: Endgame, so … it’s not exactly going to be a fun time.

What do you hope the Nick Fury show brings for our eyepatch-wearing friend? Let us know your thoughts in the comments below!