What Comes Next in the Impeachment Process? 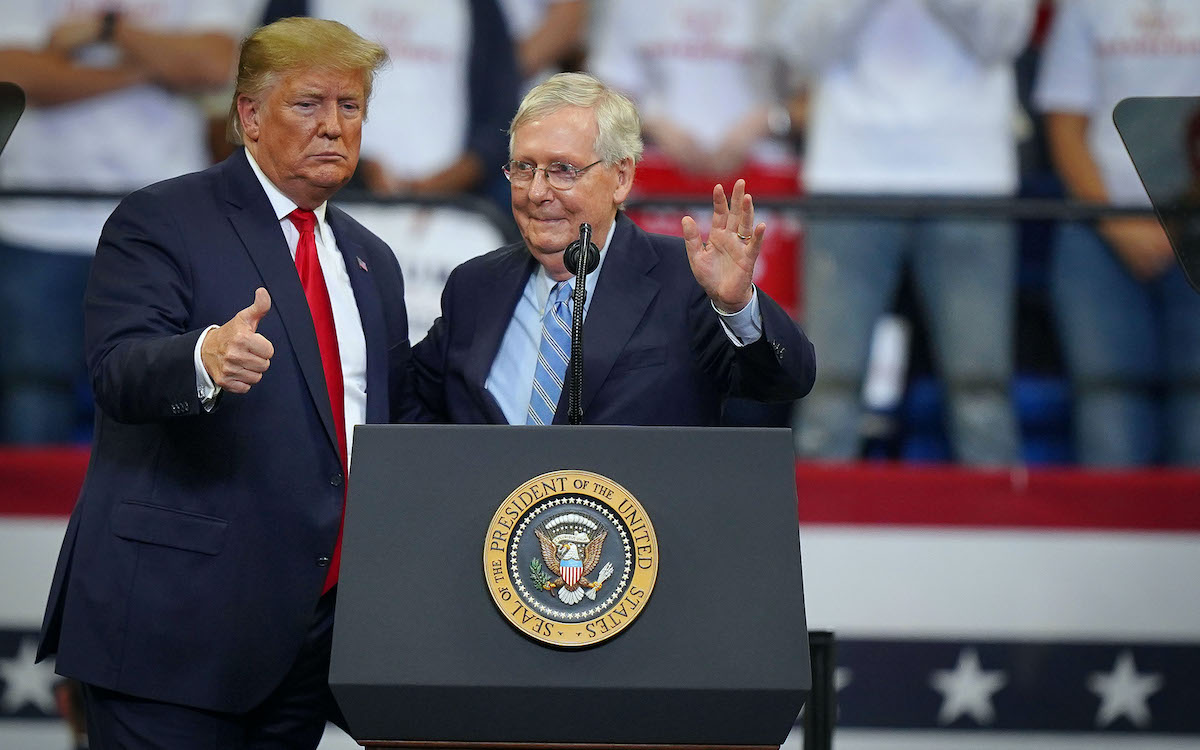 This is a big moment in history and the importance of what just happened can’t be discounted. But there is still a long way to go until this process is over. So where do we go from here?

Next up, the articles of impeachment head to a full House vote. Trump is only the third American president to ever face this stage of impeachment. (Richard Nixon resigned before the House got a chance to vote after hearing how much bipartisan support there was for his removal from office. Ah, the days when Republicans were willing to recognize corruption and act against party interests in order to protect our Democracy. How beautiful and quaint.)

The New York Times has a full breakdown of where representatives of both parties stand right now and, as expected, the division is straight down party lines. As of now, no Republican representative has said they’re even considering voting for impeachment and only one Democrat, New Jersey’s Jeff Van Drew, has said he plans to vote against it. (With one Independent also in favor.) As of now, 12 Democrats say they’re undecided and 66 haven’t given a response. (A good time to call your rep and make your voice heard! It literally takes about 90 seconds or less.)

The vote is very likely to pass the House vote, at which point it will move to the Senate, which is far less promising. Like, not at all promising. Technically, we’ll then move into a trial, but pretty much every Republican in the Republican-led Senate has already declared that their minds are made up. Even worse, Senate Majority Leader Mitch McConnell has promised “total coordination” with the White House and Trump’s defense team.

Appearing on Sean Hannity’s Fox News show, McConnell said there was “zero chance” of Trump being removed from office. “We all know how it’s going to end,” he said. Which is not exactly what you want to hear from someone who is supposed to be entering a trial having taken an oath of impartiality.

“Everything I do during this, I’m coordinating with White House counsel,” he said. “There will be no difference between the president’s position and our position as to how to handle this.”

House Intelligence and Judiciary Committee member Rep. Val Demings of Florida is calling on McConnell to recuse himself from the Senate trial.

“No court in the country would allow a member of the jury to also serve as the accused’s defense attorney. The moment Senator McConnell takes the oath of impartiality required by the Constitution, he will be in violation of that oath,” she said in a statement.

Hopefully, other Democrats will join Demings in that demand. Even if McConnell isn’t at all likely to comply, they should still put up a fight.

By the way, in the unlikely event that Trump is removed from office, the Senate would have to take further action to disqualify him from ever holding future office, which puts that whole “Trump 2024” mess back into uncertain territory.

(image: Bryan Woolston/Getty Images)
Want more stories like this? Become a subscriber and support the site!