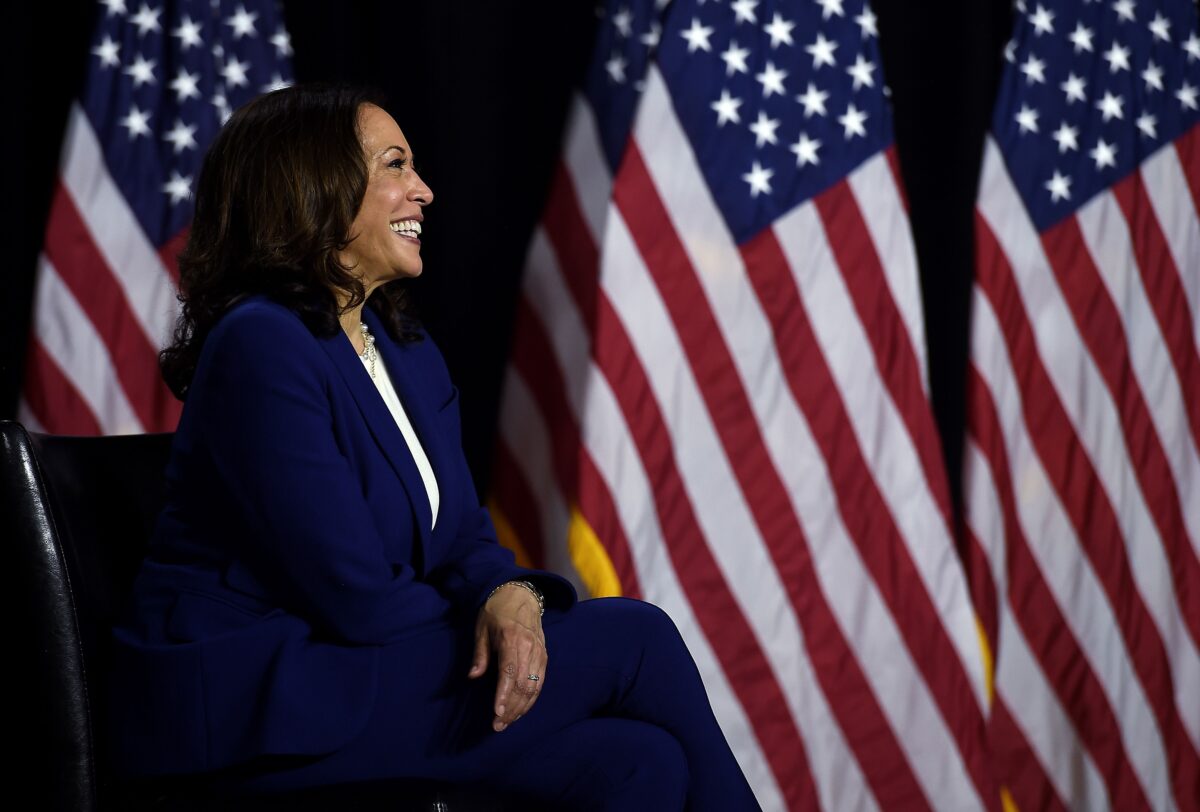 It barely took a day for racism to rear its ugly head against Vice Presidential nominee and Senator Kamala Harris—and in a publication that claims to have credibility. In an opinion essay that was clearly written and ready before the announcement, “lawyer” and “Dr.” John Eastman outlines a legally bogus and clearly racist case for why Kamala Harris isn’t a full US Citizen.

To be clear from the get-go: Eastman’s thesis, that there is somehow some sort of doubt that Kamala Harris is a full U.S. Citizen is, to use a legal term, complete garbage. The 14th Amendment grants all persons born in the United States citizenship. Since the case of US V. Wong Kim Ark in 1897, the Supreme Court has supported this idea. Birthright citizenship is essential to our understanding of citizenship. It’s also something that the people who would like to Make America White Again really hate.

There are people who hate immigrants, like say, Donald Trump, and who have argued for over a century that children born to immigrant parents shouldn’t be considered citizens. To be clear: just because people argue against and disagree with a legal precedent they don’t like for years doesn’t make that same precedent “uncertain” or “unclear.” It just makes the people arguing against it look like sore losers and in this case, racist assholes.

The idea that this is somehow unsettled legal ground is the angle which Eastman takes against Harris, making the truly disgusting argument that “derivatively from her parents, Harris was not subject to the complete jurisdiction of the United States at birth, but instead owed her allegiance to a foreign power or powers.” This is both legally wrong and sickeningly racist and anti-immigrant.

I want to let loose a series of expletives that would probably shock even me, so let me just say:

This is racist nonsense and you goddamn well know it. She was born IN OAKLAND to parents who were subject to the jurisdiction of the United States.

But we shouldn’t expect anything else from the right-wing. Legal “scholars” have argued against birthright citizenship for a long time and their arguments always fall apart, not just when you see their reasoning is flawed, but when you acknowledge their motivation for what it is: hate.

And John Eastman really hates Kamala Harris, He ran a failed campaign against her in the 2010 Republican primary for Attorney General, a post Harris eventually won, and which Newsweek didn’t disclose. You’d think that might be pertinent information! Eastman also authored an article in favor of Ted Cruz’s citizenship, proving he only truly cares about citizenship when it’s time to discredit a Black woman.

According to @DrJohnEastman, Ted Cruz, who was not born in the US, CAN run for President, but it’s an unsettled question about whether Kamala Harris, who was born in California, is eligible. Birtherism at its finest. Do better, @newsweek. @NancyCooperNYC https://t.co/D5Ur7EdDWA

Newsweek, for its part, has responded to the criticism that they gave a massive platform to a racist, birther theory aimed specifically at undermining the first Black and the first South Asian American woman to run for Vice President on a major party ticket … with a shrug.

In an Editor’s note from Nancy Cooper, Global Editor in Chief for Newsweek, they claimed that they weren’t fanning the fires of birtherism and racism, and that Eastman was just “focusing on a long-standing, somewhat arcane legal debate about the precise meaning of the phrase ‘subject to the jurisdiction thereof’ in the Citizenship Clause of the 14th Amendment.”

To which we again say: bullshit.

Eastman knows exactly what he’s doing here. He’s couching a racist, anti-immigrant argument in “arcane” legal terms, but it’s still a racist, anti-immigrant argument just as it has been for nearly a century and a half. For Newsweek to brush off the fact that people have been attacking the citizenship of the children of immigrants born in the US for decades as simply a legal quibble dismisses generations of racism, nationalism, discrimination, and hate.

Newsweek has given a platform and thus the air of legitimacy to a transparently hateful theory about Senator Harris that will no doubt become a right-wing rallying cry and dog-whistle, just as the same claims made about President Obama did—claims and conspiracy theories that were led by none other than Donald Trump.

The message here is clear: for monsters like John Eastman, America only belongs to a few, and people like him may try to hide their hate behind legal arguments, but we all know what’s true. John Eastman, Donald Trump, and scores of others just don’t like that they live in a country where a child of immigrants like Kamala Harris has risen so far above them. Maybe we should be interrogating them on why they find the American Constitution so objectionable, rather than giving them a platform to spew their nonsense?