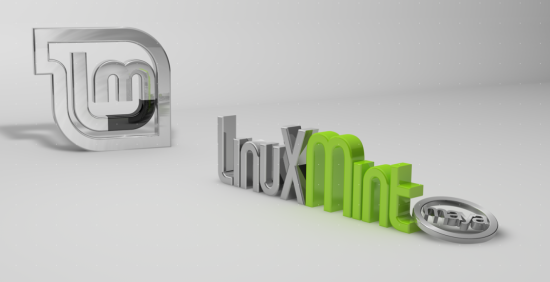 You’ve maybe heard a story going around that Newegg effectively classifies Linux installation as improper use. A story on The Consumerist details the story of “Norma,” who was shocked when Newegg refused to accept the return of her defective E525 Thinkpad because she’d installed Linux on it. The conclusion that Newegg’s problem with Linux installation isn’t exactly accurate. That said, their return policy is still a little lame. Let’s get to the bottom of this, shall we?

Shortly after getting her new E525 Thinkpad,  Norma decided to throw Mint 13 — a Linux distribution — on it, and everything went fine for a few days. Then, three days in, the notebook started emitting a loud whirring noise, the wireless chipset failed, and the screen started displaying a whole bunch of glitchy lines. Sounds a lot like defective hardware, right? Norma tried a Windows Live USB stick, made sure it was a hardware issue, and sent it back.

She received this in response:

Here’s where the things get interesting. The relevant part of the Return Policy concerns getting a replacement and reads as follows:

The following conditions are not acceptable for return, and will result in the merchandise being returned to you:

Following the Consumerist’s logic, the rejection of the RMA must mean that the removal of the operating system must fit into one of the slots above. In their words:

“Wait, so which of those does installing Linux fall under? Improper use, physical damage, or missing accessories?”

“Improper use” is obviously the most fun one. “Missing accessories” seems like it might be a little more on the nose, but still a little nitpicky considering that an operating system isn’t a physical good like the rest of the items listed. There’s one bullet point they missed though, the one about it having been opened, and that bulletpoint is dangerously ambiguous.

Granted, the RMA doesn’t explicitly cite this as the cause, but the modification of the computer’s operating system does necessarily mean the computer was opened — its packaging at least — and does mean that it can be denied an RMA. Besides, while Norma did check to make sure the computer was still borked if booted from a Windows Live USB, she left Mint on the computer when she returned it. You might make the argument that the OS doesn’t constitute an accessory, but you can see why Newegg wouldn’t want to agree to accepting returns of computers with any and all operating systems on them. Norma probably should have restored the orginal OS, out of courtesy or at least an attempt to obscure the fact that she did anything that could have caused the damage.

Let’s step back from all that for a moment, though. The semantic argument of whether or not Linux is to blame is obscuring something else that’s very explictly lame about the Newegg return policy. If you look at their Computer Standard Return Policy (the one linked on the page for an E525 Thinkpad) you’ll note that they don’t offer cash refunds for opened goods, only replacements. But having opened a computer can also get you denied for a replacement. Basically, once you open your computer, Newegg doesn’t owe you anything. There’s some serious ambiguity over whether “open the computer” refers to the case or the packaging  so it’s not the best return policy ever — ambiguity in a return policy rarely works in favor of the customer — but it does say it right there.

In the end, Newegg is not saying that installing Linux is effectively breaking the computer, but they are saying that it is “modifying it,” and regardless of what reason the RMA gives, they explicitly reserve the right to refuse any return of any opened computer. It’s not a very consumer-friendly return policy, but it is right there. You might want to give that some thought the next time you buy a computer from Newegg. Oh and by the way, never try to return hardware if it only has non-standard software installed; that rarely goes over well.