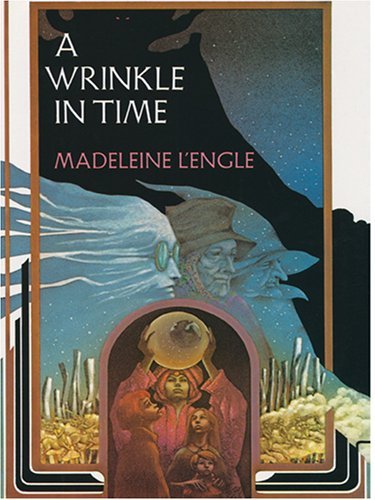 According to The Hollywood Reporter, Bedrock Studios has hired Jeff Stockwell to write the screenplay for an adaptation of Madeline L’Engel‘s A Wrinkle in Time.

Stockwell has previous experience adapting children’s literature for film, with the movie versions of Bridge to Terabithia and The Dangerous Lives of Altar Boys.  The head of Bedrock Studios, Cary Granat, was involved in the well received The Lion, the Witch, and the Wardrobe as well as Terabithia.  L’Engle’s own granddaughter is executive producing.

This leaves us relatively optimistic, but there’s a lot of stuff in Wrinkle that is difficult, if not impossible to visualize.  Large portions of it’s pivotal events take place inside the characters’ minds.  It’s the kind of movie that can sink or swim on its special effects alone.

However, we’d love to see more stuff out there that celebrates brainy kids and, in an environment where attitudes towards intellectualism are increasingly hostile, lets them know that it’s okay to be smart.  For that, we’ll welcome another swing at this children’s classic.