New Technique Will Use Hubble’s Successor to Find Alien Life

Unless there isn't any, which would be incredibly disappointing. 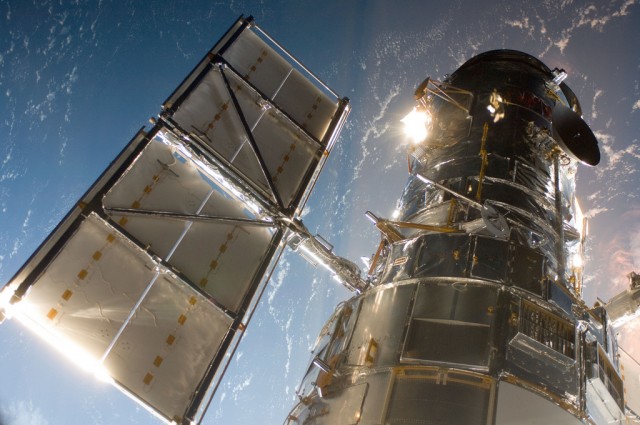 The search for life on other planets is tough, because no matter how many alien worlds we discover (and NASA has recently discovered a whole bunch), it’s hard to know just which ones might have little extraterrestrial organisms skittering around. Scientists have come up with a new method for spotting life-supporting planets, and all they need is Hubble’s successor.

According to new research in the latest issue of Astrobiology, University of Washington astronomer Amit Misra and some of his colleagues have come up with a new technique for figuring out if a planet’s atmosphere is hospitable to life. Currently, most efforts at finding life on other planets are centered around finding liquid water, because wherever we find water on Earth, we find life.

However, it’s hard to tell from a distance whether or not a planet has liquid water, but identifying a life supporting atmosphere could be done with a high-powered space telescope. Misra’s technique centers around the ability to identify “dimers,” or two molecules that have bonded together, in an exoplanet’s atmosphere.

Specifically, they’re concerned with finding pairs of Oxygen atoms (two O2 molecules) palling around as light from a planet’s star filters through its atmosphere. If the atmosphere of the planet they’re observing has high enough pressure to hold liquid water down like our own, it will also be high enough that light shining through its atmosphere as it passes its star will show whether or not the Oxygen dimers are present.

So, once these dimers are detected, not only do they tell scientists that the atmosphere is thick enough to hold liquid water and support life, but the only way science can explain an atmosphere containing them is that it contains photosynthesizing plant life. So, if you were hoping that we’d some day find an entire planet full of Ents, this is probably the best way to go about it.

Basically, if they ever manage to detect the Oxygen dimers, they’d have a harder time explaining how it could be possible for the planet not to have life. That makes it pretty exciting work for sure, but unfortunately, the space program currently lacks the visual power to detect such a thing on distant planets until the successor to the Hubble Space Telescope is ready.

That successor is the James Webb Space Telescope, and it’s planned to launch into orbit in 2018 with 100 times as much visual power as the Hubble. Mark your calendars; 2018 could be a pretty exciting year.