They said no to this but yes to 'Helstrom'?!? 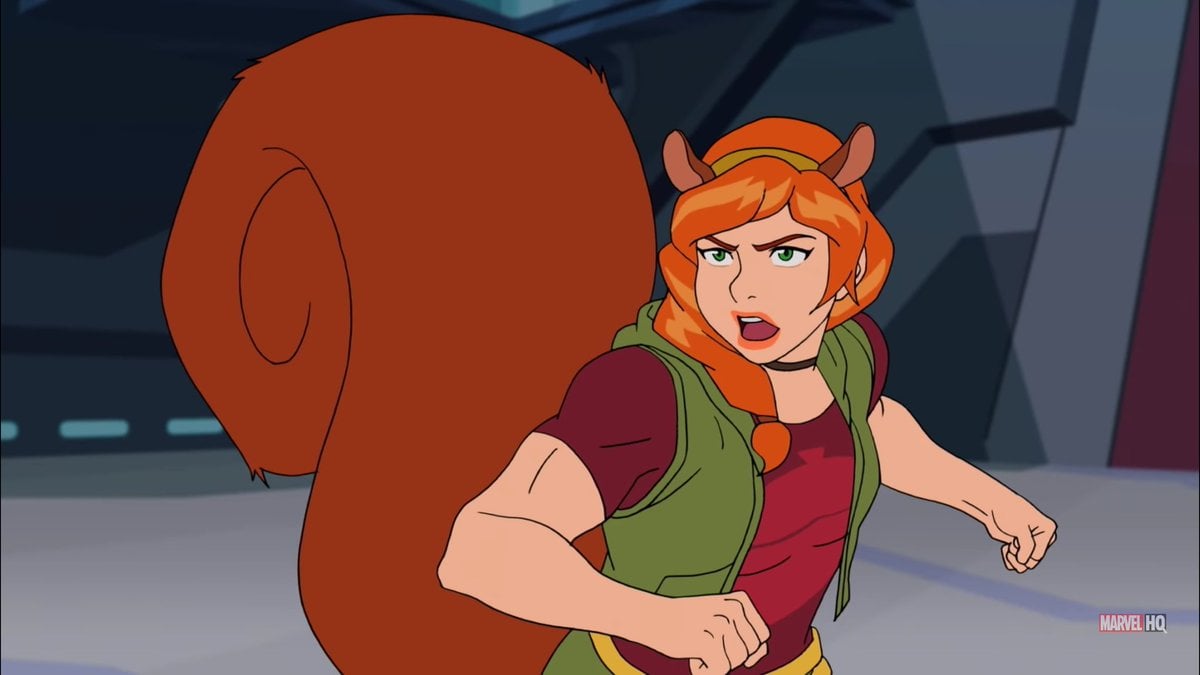 In 20 years, Marvel has gone from flailing comics publisher to ubiquitous pop culture presence. Thanks to the success of the Marvel Cinematic Universe, the studio has expanded into every possible medium, from film and television to video games to books to (of course) comics. And while Marvel has seen enormous critical and financial success, not all of their ideas make it from development to the screen. Remember Hulu’s planned “Adventure Into Fear” series of horror-themed shows like Ghost Rider and Helstrom? Or Hulu’s planned adult animation block with crossover series that got whittled down until M.O.D.O.K. was the last man/giant head standing?

One such Marvel casualty was Freeform’s New Warriors, a series that focused on a group of young, superpowered adults learning to use their powers. Leading the team was fan-favorite character Squirrel Girl (a.k.a. Doreen Green), played by comedian and AT&T spokeswoman Milana Vayntrub (Other Space). Fellow cast members included Derek Theler as Mister Immortal, Jeremy Tardy as Night Thrasher, Calum Worthy as Speedball, Matthew Moy as Microbe, and Kate Comer as Debrii.

While the pilot tested very well, the series was shuffled between networks, and it seemed that no one could find a place for it. In a pop culture landscape hell-bent on turning every comic into a series or film, it seemed surprising that Marvel couldn’t find a home for New Warriors. Now, showrunner Kevin Biegel (Cougar Town, Enlisted) has taken to Twitter to share clips from the unaired pilot and air his grievances about the fate of the series.

Biegel tweeted that the show was canceled before airing because “A singular power that be killed the show. Because it was too gay. A rich, straight, Brentwood turd.” He added that the exec was later fired. Biegel also tweeted footage of Vayntrub as Squirrel Girl and his kids watching the video and reacting to it. All of those tweets have since been deleted, with Biegel joking that Ryan Reynolds had taken control of his account.

There was a #NewWarriors show.@kbiegel says the show was canceled before airing: “A singular power that be killed the show. Because it was too gay. A rich, straight, Brentwood turd.”

That exec has since been fired.

Biegel shared these pics from the show. pic.twitter.com/c6WzUD3UpD

We finally got Squirrel Girl footage from New Warriors all these years later holy shit pic.twitter.com/atlk2a9uH3

Tippey the Squirrel was going to be the second largest star of the show. Characterized as “a total dick but sweet and loving (to some people)”

Everything Biegel tweeted is collected under this thread below, because nothing tweeted ever really dies. There are set photos, videos, and a look at the puppetry behind Doreen’s squirrel companion, Tippy-Toe.

For those who missed it last night, a TON of photos and videos from the production of the unaired MCU New Warriors pilot got dropped, but the OP deleted them. Luckily, I saved it all, so here ya go! pic.twitter.com/4SAwGSqcTi

Overall, the series looks like a fun and inclusive take on the New Warriors with all sorts of representation. It’s disappointing that the series never made it to air, especially since it seems that one homophobic exec was to blame. While the culture has made great strides in terms of LGBTQ+ representation, it’s these kinds of gatekeepers that still hold positions of power within the industry.

While the pilot isn’t available to watch, you can catch Vayntrub voicing Squirrel Girl in Marvel Rising: Secret Warriors, an animated TV movie for Disney.

…then you owe it to yourself to check out her voice acting as Squirrel Girl in the Marvel Rising cartoons! You can find ’em streaming on @DisneyPlus! pic.twitter.com/a1WFMSEBLP

What do to think of the Squirrel Girl footage? Would you be down for a New Warriors series?