New Thor Pics | The Throne of Odin | The Mary Sue

Asgard: It All Makes Sense Now 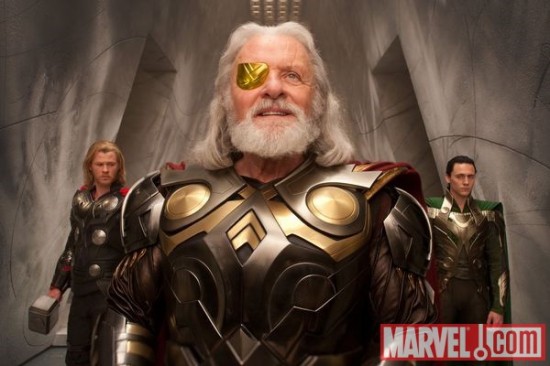 I have to admit that the shiny, metallic costumes of Odin and Loki, and the clean machine-worked stone of Asgard left me a little disappointed.  Were these really the gods who inspired the Vikings to war?  The same pantheon with trickster god who has three kids with a giant, two of whom are a serpent and a wolf?  And also once turned into a mare, had sex with a stallion, and gave birth to an eight-legged foal that his dad rides around now?  I guess I’m not a big devotee of technology-as-magic. But!

I have revised my position upon seeing this new shot, revealed today in the print edition of The LA Times (but not online, /shrug) and diligently scanned by Superhero Hype.  I understand now.

Thor‘s Asgard is trying to look like a modern production of The Ring Cycle, and this leitmotif-lover couldn’t be more in favor. Click to embiggen. 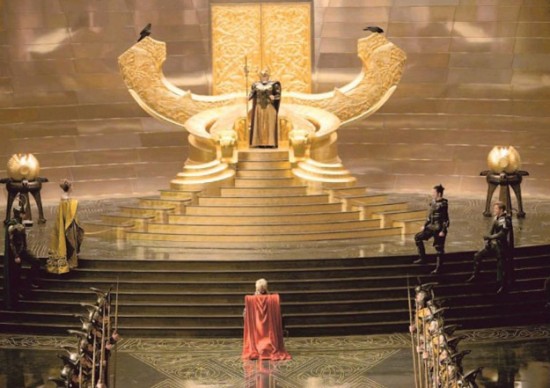 What you have above is the throne of Odin, complete with the ravens Huginn and Muninn, Thor, Loki, Frigga, Hogun and Fandral.

Take that in, and then give a gander to some of the stuff the Met is doing this fall for their production: