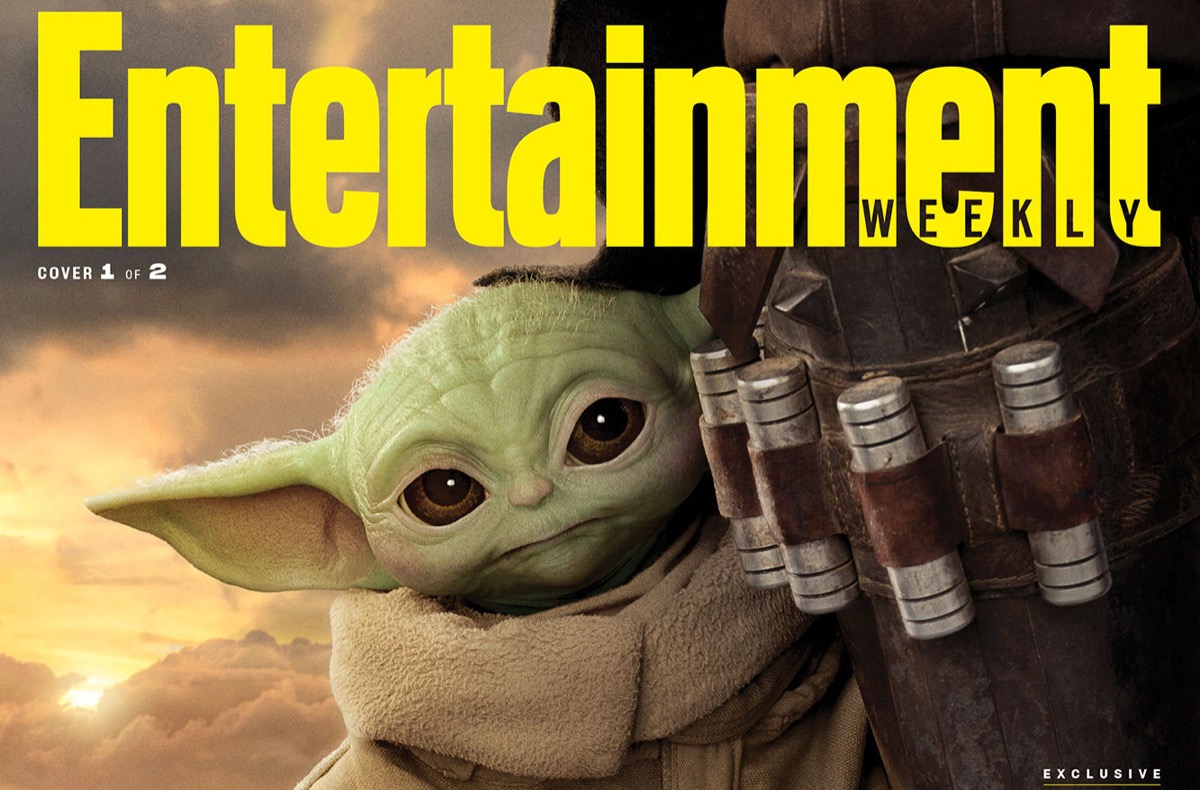 Baby Yoda is clearly an international sensation. No, really. According to Entertainment Weekly’s spread for The Mandalorian season 2, he was a hit in France before the show even premiered there, and can you blame them? He’s a perfect little baby!

“The show wasn’t there!” showrunner Jon Favreau said. “Something was going on where people were connecting with the characters, with social media allowing them to see aspects of the show before they even knew what it was.” And look, we can be completely honest: We know that this is the baby Yoda show, and part of that came from how much the internet took to “the Child.”

But Favreau also went on to talk about the success of the show and why (outside of baby Yoda) he thinks the show worked in general. “I think it was the fact it was live-action Star Wars on TV for the first time. Having worked on bigger, higher-profile films, there’s a much different set of standards that you’re judged by. We’ve benefited from the smallness of our world.”

Here’s the thing: The Mandalorian might be my favorite Star Wars property. It’s just a western about a man and his son trying to survive in the outlaw’s world, and I feel like season 2 is going to be more of the same, with even more callbacks to the old Expanded Universe Star Wars novels.

With the Entertainment Weekly covers, it’s just baby Yoda and his Dadalorian. (AND BABY YODA IN A TOTE BAG!)

#TheMandalorian and The Child are back. Check out the covers of the newest issue of @EW. For more: https://t.co/9vwzOHmpv1 pic.twitter.com/rHr7DhekCr

Like … I think season 2 is just going to be baby Yoda traveling around in an array of bags.

Pictures of Carl Weathers, Gina Carano, Giancarlo Esposito, and more from season 2 are featured in the issue, and it truly has done its job of getting us all excited about what is to come from the show.

Dave Filoni, an executive producer of the show, also talked about what made that first season so amazing:

“Quite simply: We didn’t overthink things. George started with these very iconic characters whose relationships are very clear, and then introduced what’s at stake — for us, the [fate of] the Child,” says Filoni. “An audience tends to enjoy a story by sticking to tropes and characters they understand — like a gunslinger in the Old West. So it was a clear story and a fun adventure even if you’ve never seen anything [in the Star Wars universe].”

The Mandalorian season 2 is heading our way on October 3o for me and my soul, and I cannot wait!