EW’s Pedro Pascal (and More!) Entertainer of the Year Pics Are Here to Sustain Us Through the Holidays

Please accept this first Narcos picture as a treat since I am finally watching Narcos. 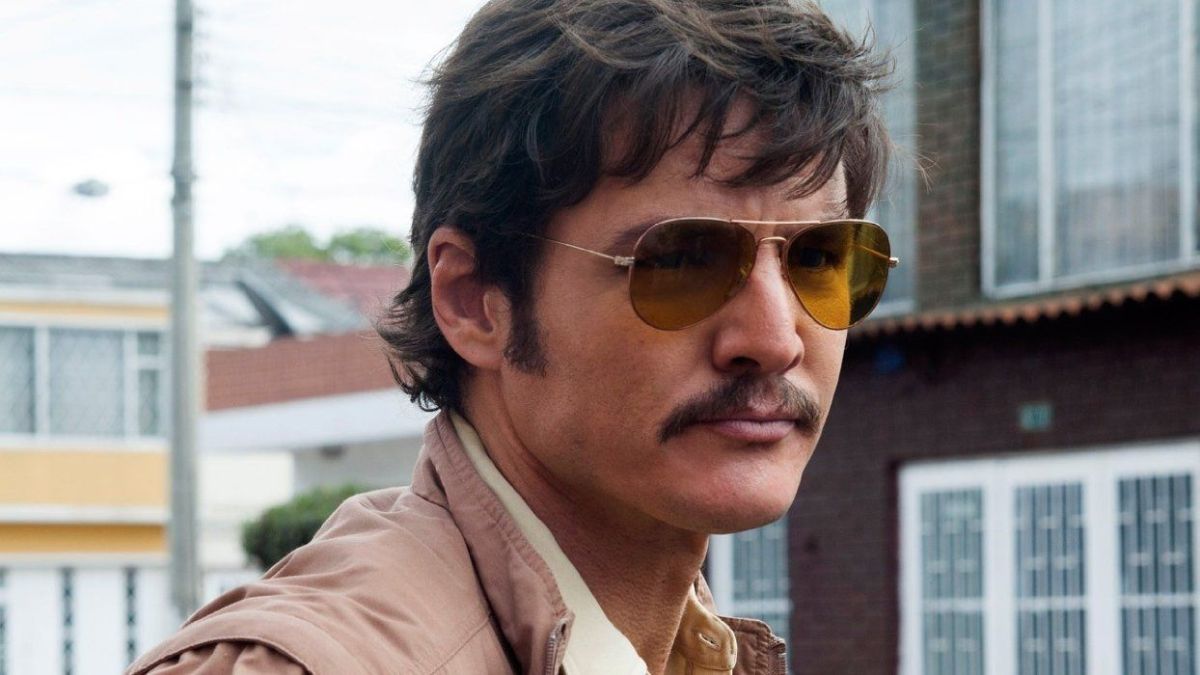 Few things bring me joy like Pedro Pascal’s face does.

Honestly, I could end this there. There’s just something about Pedro Pascal’s face that soothes me, and it isn’t just his face, otherwise The Mandalorian wouldn’t be that exciting. His voice has the same effect. Basically, if Pedro Pascal does something, I feel a calm wash over me and know that everything will be okay.

Today, we were gifted with images of Pascal from Entertainment Weekly’s Entertainer of the Year Issue, which includes Pascal as one of the choices. I don’t want to say that’s an obvious choice (it is), but it is wonderful to see the world embracing Pascal and his charisma. (I will never forget FINALLY coming back to Game of Thrones after watching my beloved Robb Stark die and saying, “Wow I love this Oberyn,” only for everyone to tell me to not because of what happens to him. My love of Pedro Pascal was already sealed, though.)

So, what is it about these pictures that is so soothing? They’re just Pedro Pascal in a silk robe or in a cozy sweater, the ideal boyfriend for cuffing season. So honestly, these pictures should hurt my soul, and yet, here we are.

The video announcement for his Entertainer of the Year title was filled with his excitement over Wonder Woman 1984 and the results of the election.

.@PedroPascal1 is one of our #EntertainersOfTheYear! Watch #TheMandalorian star share how his friends helped him get through 2020 and his excitement about #WonderWoman1984.

And the internet shared their love for these pictures (and rightfully so).

EW, it’s too late but I implore you release more photos 🤣 we deserve it. pic.twitter.com/2KqmkPWfof

me after watching that entertainment weekly interview….. you got me good pedrito pic.twitter.com/fVTCAcwCWm

The interview was a nice look into Pedro Pascal’s quarantine life, but it is fun to me because it’s a lot of Pedro Pascal geeking out about comedians. Earlier this year, Pascal participated in a table read of an episode of Community to encourage fans to stay home. Pascal spoke about the experience, and honestly … I get it. If I were suddenly thrown into an episode of Community, I’d have about the same reaction.

“I’d be less nervous playing tennis in front of the Obamas than I was seeing a reunion of these people that I think are brilliant and have this incredible chemistry with each other and stepping in and having really, really, bad technology in this new space that I had moved into. I really resented having to actually participate acting-wise because there were instances where it was way too much fun to watch.”

But then Pedro Pascal ALSO went on to geek out about Amy Sedaris on the set of The Mandalorian, saying, “I followed Amy Sedaris around like a puppy. [I was] like, ‘Hey again. I’m not leaving your side until you wrap,’ and she’s like, ‘Cool’. I love the Child — it really is adorable — and it is so fascinating to see it work, but somebody who makes you spit-laugh right into your helmet will always be my favorite thing.”

What all that does is make me want Pedro Pascal to have his own comedy show. For my soul. Pedro Pascal deserves to be an Entertainer of the Year, not just for his work on The Mandalorian (though that alone should get him the title) but because he’s also bringing us Maxwell Lord in Wonder Woman 1984 this Christmas.

“With Wonder Woman, [Gal Gadot and Kristen Wiig] are doing the action, baby, and I’m doing the schm-acting!. I am hamming it up!” and with that, I suddenly want nothing more than to watch Maxwell Lord take on Diana Prince.

Chadwick Boseman forever. 🖤 Best-selling author @angiecthomas reflects on how the #BlackPanther star proved he was a hero and inspiration — on-screen and off. https://t.co/PHNRh0ZvYQ #EntertainersOfTheYear pic.twitter.com/qmAtK7yZ4m

It is important to note how emotionally charged this addition is. I’m convinced that Boseman is going to win an Oscar this year for his work in Ma Rainey’s Black Bottom, and to see how he gave performances like this one, as well as Black Panther’s T’Challa, while battling cancer and refusing to back down was inspiring to so many and showed the brilliance of his talent and his character as a human.

I want to share this quote from author Angie Thomas about Boseman because it does sum up his captivating nature onscreen perfectly:

“He played Black figures like Jackie Robinson, James Brown, and Thurgood Marshall. You could tell he was dedicated to the craft of portraying each person. You could tell that he was genuinely invested in these stories and these people. But I think my favorite thing was you could see bits of him in every character that he played. You could see his loving, his kindness, his gentleness, his intelligence in every role — everything that’s good about him.”

Cheers to our 2020 #EntertainersOfTheYear! In a year like no other, these talented stars delivered iconic, unforgettable work. https://t.co/6pj3kV2cFm pic.twitter.com/44e3vKY1Db

.@kerrywashington has been unstoppable in 2020. From wearing multiple hats for #LittleFiresEverywhere to passionate activism, she’s firing on all cylinders and maximizing her impact. https://t.co/ZetMLSy4H2 Story by @samhighfill #EntertaintersOfTheYear pic.twitter.com/uV9lZwVQjk

I love Pedro Pascal very much, would probably die for him if it came down to it, so getting to see his success and watch as gains the recognition and love he deserves has been incredible. It also helps when beautiful pictures of Pedro Pascal are released because of his success, too.