Here’s The Title Of The New Marvel One-Shot, Could be About Loki? 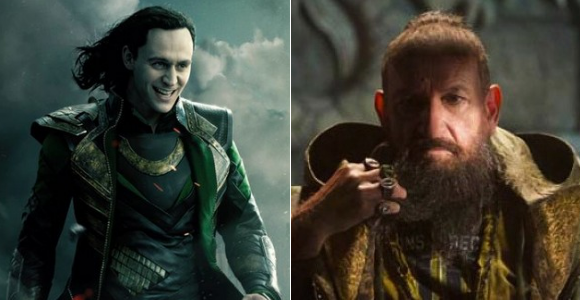 Thor: The Dark World is coming out on Blu-Ray February 25th, and it’s bringing us the newest Marvel one-shot as a nice, Asgardian bonus. Details are scarce, but we know the short will clock in at 16 minutes and 14 seconds, and is titled “All Hail The King.” But who is this new one-shot going to feature?

Previous Marvel shorts have featured supporting characters from the major Marvel films; “A Funny Thing Happened On The Way To Thor’s Hammer” solidified Phil Coulson as everyone’s favorite ever, and “Agent Carter” might be the springboard for Hayley Atwell‘s new TV show. In keeping with that tradition, it would make sense that another fan fave supporting actor might get the lead in this new short.

Hey, that reminds us… didn’t Ben Kingsley mention a “secret Marvel project” he was working on a few months ago? Kingsley’s fake villain Trevor Slattery was a scene-stealer in Iron Man 3, and seeing more of him on our screens wouldn’t be a bad thing.

SlashFilm and io9, however, are suggesting that – based on the “King” reference in the title – the new short might actually have something to do with Loki (the handsomest troublemaker this side of the Bifröst). No spoilers, but if you’ve seen Thor: The Dark World, you know Loki desire for the Allfather’s throne leads to some interesting developments, so it could be true.

Plus, more Loki? Marvel must know that’s what the fans want. Right?