Plus some pretty awesome visuals. 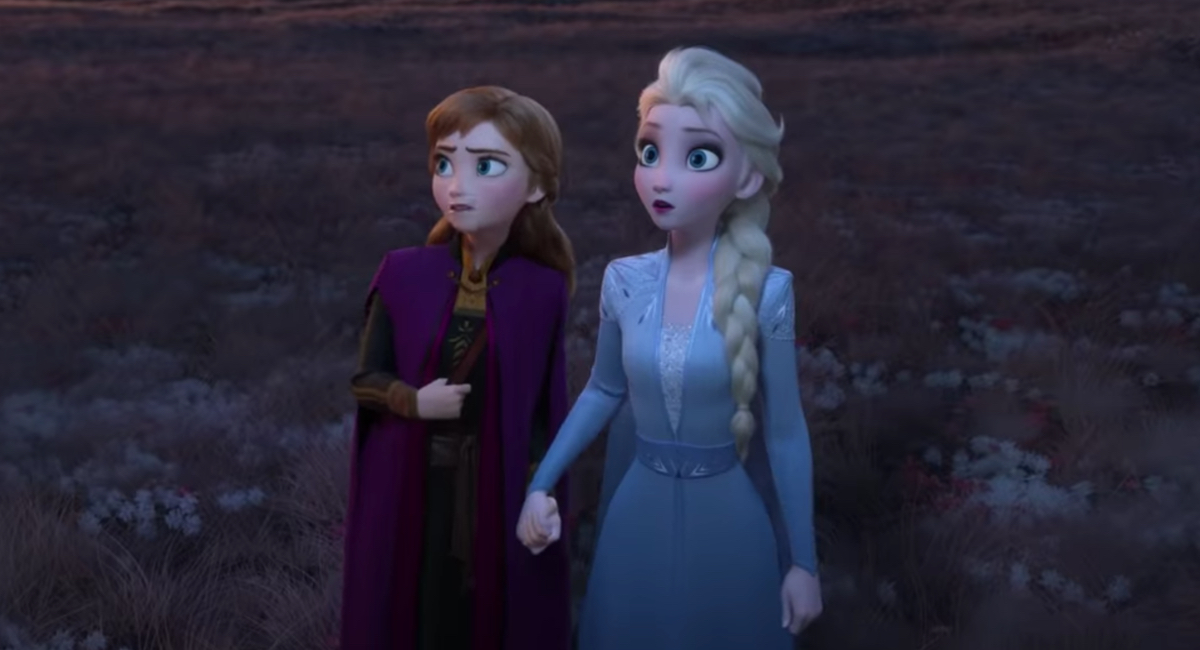 The heart of the first Frozen was the love between Anna and Elsa, and once more it seems to be the beating heart of Frozen 2. The latest trailer for the film, which premieres in November, focuses on the mysterious plot for the film as well as the sisterly love that drove the first film. As Elsa becomes more powerful, will she be able to stay true to herself and her relationships?

There is more magic in Arendelle than just Elsa. There’s an Enchanted Forest that lies to the north of the kingdom that is filled with magic, but has been shut off from outsiders for years. When trouble strikes Arendelle, Elsa, Anna, and Kristoff must journey to the forest to figure out what is going on and to save the kingdom.

The trailer shows us glimpses of new characters, such as Evan Rachel Woods’s take on Elsa and Anna’s mother (seen but not yet heard in a flashback) and Sterling K. Brown as Lt. Destin Mattias. I really hope Destin isn’t the new Hans, mostly because they don’t need a re-tread of that twist in the sequel.

The trailer’s biggest focus is on Anna and Elsa. Elsa seems prone to running into trouble, and Anna keeps following her. Will this new adventure divide the sisters for good, or will they emerge stronger than ever? It’s a Disney movie, so the latter is a guarantee, but I like that the focus is still familial with these movies. The emphasis on a sisterly bond that isn’t overly fraught with conflict is nice.

Also, what is going on with Elsa and the ocean? I cannot wait to see that scene on the big screen, because it looks gorgeous and epic.

November cannot come fast enough for Disney fans, and the Mouse is looking at another hit with Frozen 2. Are you excited for the film? Let us know in the comments!