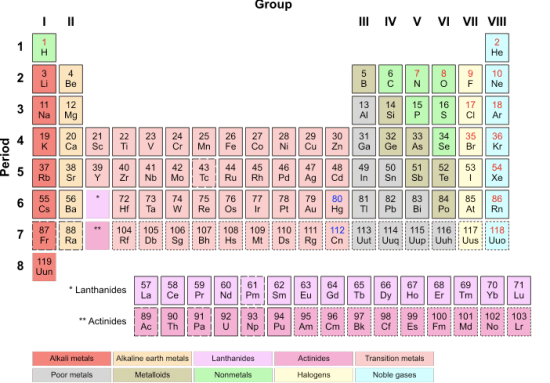 They might not have the highest atomic number, but elements 116 and 114 have cleared the final hurdle needed to be officially recognized as the heaviest known elements, with atomic masses of 292 and 289 respectively.

The elements were discovered over a decade ago at the Dubna Joint Institute for Nuclear Research in Russia. The elements’ temporary titles ununhexium (116) and ununquadium (114), which refer to their atomic numbers, will be replaced with permanent names that have yet to be selected. The Russian researchers have suggested Moscovium for 116 after Russia’s Moscow Oblast and Flerovium for 114 after Soviet scientist Georgy Flyorov.

The committee also heard arguments for elements 113, 115, and 118, but decided there was not enough evidence to grant them full new element status. If more research shows that these elements can meet all the necessary criteria, 116 and 114 are sure to lose their rank as heaviest elements. Element 118 is known to have an atomic mass of as much as 294. Also a contender is element 117, discovered in 2010. But for now, 116 and 114 can revel in reigning supreme, even if it’s only temporary.