Entertainment Weekly will be sporting Batman on their cover this week as well as a few more pictures from Christopher Nolan’s The Dark Knight Rises. Read on for the full cover reveal, more pictures and what Nolan had to say about that Bane speaking issue.

Here is Christian Bale as Batman, face-forward and standing still for once. 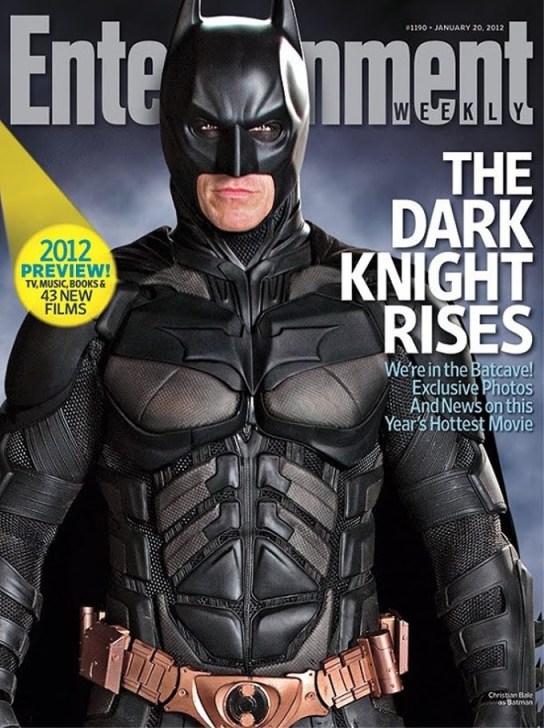 Speaking to EW about Bane’s voice issues, Nolan said, “I think when people see the film, things will come into focus. Bane is very complex and very interesting and when people see the finished film people will be very entertained by him.” Meanwhile, Crave Online reported Nolan’s brother and writer of TDKR, Jonathan Nolan saying this about the controversy, “I gotta tell you, I think what Tom Hardy’s doing with the role is spectacular. I have the benefit of seeing a little bit more than the audience has seen at this point. It’s pretty spectacular.”

As for the film as a whole Christopher Nolan said. “I can tell you the truth because I’m done with it: I felt immense pressure. And I think it’s a good pressure, because you owe it to the films — and the people’s expectations — to make great work.” In addition, EW gave a few minor spoilers which are hidden here (highlight to view): “The new movie returns to The Batcave (M.I.A. during The Dark Knight, as Wayne Manor was still being rebuilt following the events of Batman Begins), or that Rises takes places eight years after The Dark Knight. In fact, fans may want to revisit that second film, as Nolan tells EW that the last chapter of his cinematic saga explores the ramifications of The Dark Knight’s chilling climax, in which Batman and super-cop Jim Gordon (Gary Oldman) hatch a conspiracy to cover up the sins of Gotham City’s so-called “white knight,” the late Harvey Dent, a.k.a. Two-Face (Aaron Eckhart).”

Here are the rest of the shots: 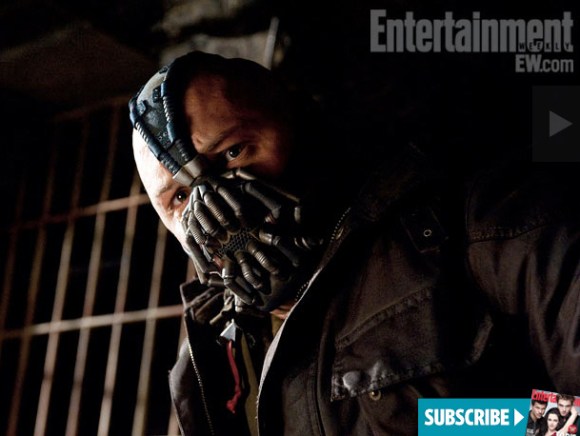 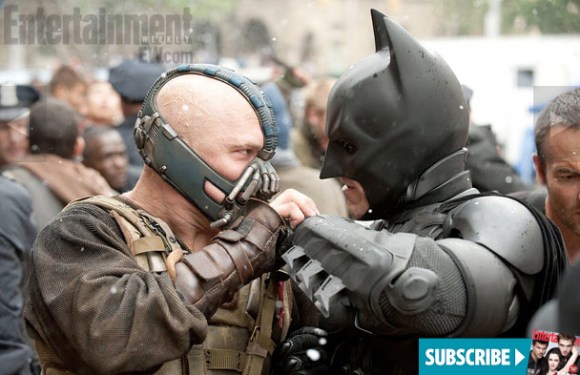 And finally, Commissioner Gordon looking like he’s just been surprised in the shower. 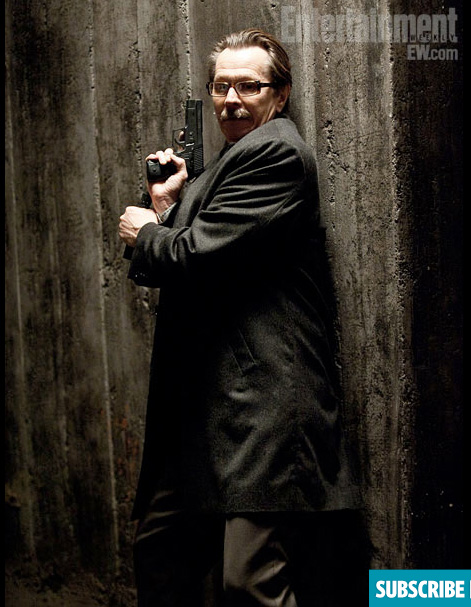