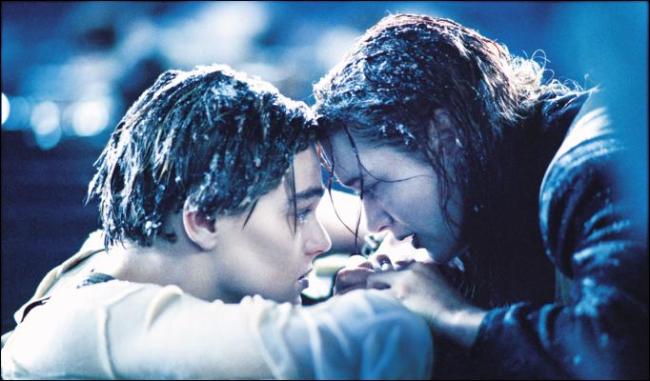 It’s been twenty years this month since Titanic was released in theaters, which means fans have spent two full decades arguing over whether or not Jack had to die, because from where we were all sitting, that door Rose floats on, saving her life, looked to have a whole lot of room left over.

It's fucking bullshit that Jack dies. There is plenty of room on that door. I am going to bed.

Of course, it’s not just about space. Maybe Jack assumes the door would sink if they were both on it.

But now a group of teenage girls competing in an Australian maths competition have proven that it was totally feasible for both Rose and Jack to huddle together on that door, waiting for rescue together, and actually never letting go.

Abigail Wicks, Christy Zhang and Julia Damato took a lot of factors into account: the weight of the door and the bodies, the effect of saltwater, the materials of the items at the time and their potential buoyancy. They concluded that it the two had affixed their life jackets to the underside of the door, both Rose and Jack could have floated to safety.

As Jezebel notes, this isn’t the first time this solution has been suggested, and James Cameron has already shut down the idea in an interview earlier this year, saying, “OK, so let’s really play that out: you’re Jack, you’re in water thats 28 degrees (-2C,) your brain is starting to get hypothermia.

“Mythbusters asks you to now go take off your life vest, take hers off, swim underneath this thing, attach it in some way that it won’t just wash out two minutes later – which means you’re underwater tying this thing on in 28-degree water and that’s going to take you five to ten minutes, so by the time you come back up you’re already dead.

“So that wouldn’t work. His best choice was to keep his upper body out of the water and hope to get pulled out by a boat or something before he died.”

Luckily, I don’t really care about anything James Cameron has to say, so I’m gonna side with the girls. (And Kate Winslet, who agrees Jack could have fit.)

It should be noted that another group in the competition looked into whether or not Trump’s proposed US/Mexico border wall was financially feasible. According to their teacher, “They came up with a costing and decided it was possible, but not in his term of office, so they concluded that it would actually never happen.”

The kids, they are our future.

(via The Advertiser, image: Paramount)