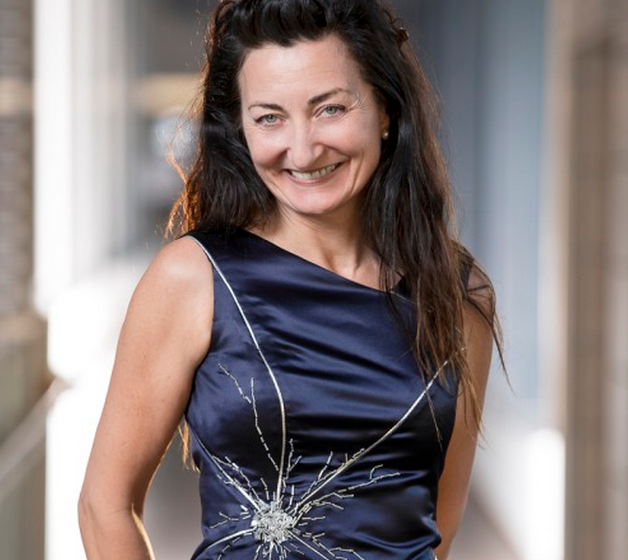 As much as we don’t want the fashion choices of the world’s incredibly influential and important scientists to necessarily overshadow their scientific achievements—seriously, despite what you might think, we promise we don’t—you’ve got to admit that wearing a dress decked out in sequined examples of the very neurons you helped to discover is ridiculously awesome. It’s like May-Britt Moser is a real-life Ms. Frizzle, except she uses her time and talent to help everyone, rather than send a bunch of ungrateful kids on impossible field trips.

I kid, of course: Ms. Frizzle is a saint. But she’s also fictional, so let’s ignore her for now in favor of a real life woman who kicked so much science ass that she won a Nobel for it. Founder of the Kavli Institute for Systems Neuroscience and Centre for the Biology of Memory at the Norwegian University of Science and Technology (NTNU), May-Britt Moser is a pioneer in researching the spatial reasoning powers of the human brain, particularly related to memory; it’s her work in identifying the grid cells that make up the brain’s positioning system that won her the 2014 prize for Physiology and Medicine, along with her husband Edward Moser and their colleague John O’Keefe.

Also, they look kind of like this (the neurons, not the Mosers): 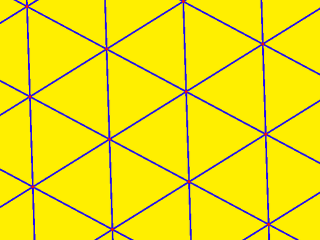 The red dots indicate each neuron’s firing field, and the equal distance at which they’re all spaced from one another creates a triangular tessellation. (via Wikimedia Commons)

It’s these recently discovered neurons that inspired Matthew Hubble, a London designer who specializes in science-inspired clothing for women, to create an outfit for Moser to wear to the award ceremony last week in Oslo. Well, that and he thinks that scientists should be as celebrated as movie stars are, so why shouldn’t they have designers fawning all over them when they attend formal events? Can’t argue with that logic, if you ask me.

Anyway, by turning the above tessellation into a gridlike dress pattern adorned with silver sequins, he manage to take Moser’s amazing work on grid cells and give it the stunning visual interpretation that it deserves—and one that also fit the Nobel Prize’s dress code for women, which requires attendees to wear evening gown. 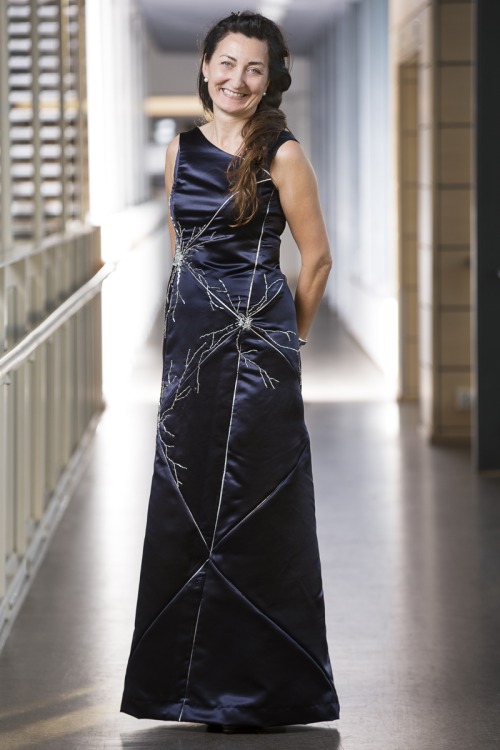 “The neurons has to be an accurate representation,” Hubble noted on his website, where he outlined the dress-making process that he and his business partner Maria went through. “We used a mixture of sequins and beads for the cyton, and created the beautiful synapses similarly, but the myelin sheath on the axons we just couldn’t make look beautiful and so decided a splash of artistic license is allowed after all.” Just don’t tell your myelin sheaths that, I expect. No sense in making them feel bad.

“A good designer has a lot in common with a good researcher,” Moser told the Scientific American blog. “Both hunt for excellence and perfection. And you have to really focus on the details, and you don’t really know what the final result will be before you have it.”

Hubble also has an entire collection of science-themed couture available on his site, including a set of scarves also adorned with the same grid cell pattern on Moser’s dress. They’re a bit expensive, so if you want one without breaking the bank, guess you’ll have to go into a field of important scientific study and win a prestigious award that will inspire someone to make you some clothing. Such a terrible burden, that.

To learn more about May-Bitt Moser’s amazing work, you can read her bio and check out some of  her many published scientific papers at the NTNU website.

(via Startorialist, image via Geir Mogen [photographer] and NTNU)