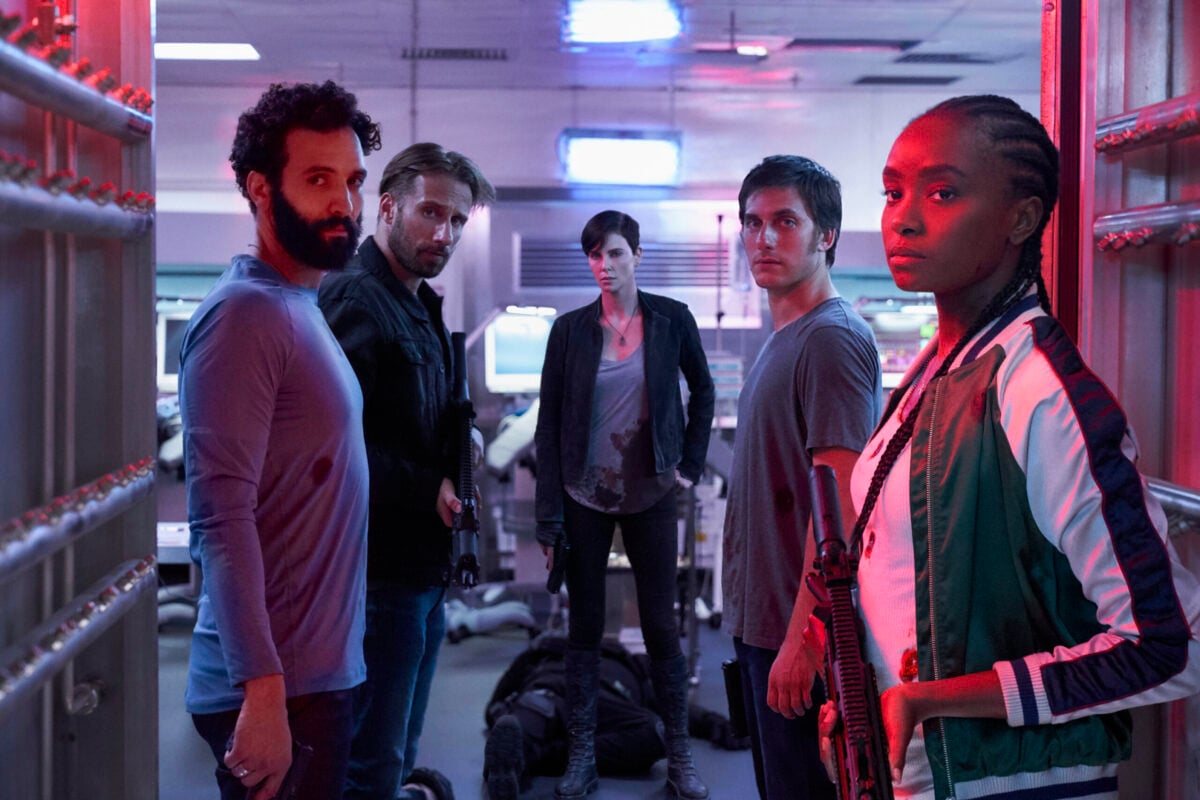 Variety reported yesterday that the script to Netflix’s The Old Guard sequel has been completed and will begin production in 2022.

Based on the graphic novel by writer Greg Rucka and artist Leandro Fernandez, The Old Guard is mostly immortal warriors who get exposed in the modern-day and are on the run to protect themselves and, in the film, their newest recruit. Rucka had adapted the first graphic novel into a script for Netflix and Gina Prince-Bythewood directed the film, which had over 78 million views in its first four weeks on the streamer. It was noted as being the first comic book adaptation by a Black woman.

I was skeptical about The Old Guard at first, but when I sat down to watch it with my movie group during quarantine, I ate it up. The cast is made up of Andromache “Andy” of Scythia, the oldest immortal and leader of the group, played by Charlize Theron, KiKi Layne as Nile Freeman, the newest recruit, Booker/Sebastian Le Livre (Matthias Schoenaerts) a Napoleon era French solider, and the couple Joe/Yusuf Al-Kaysani (Marwan Kenzari) and Nicky/Nicolò di Genova (Luca Marinelli) two men from opposing sides of the Crusades who fell in love.

The added hook of everything is that Andy is slowly losing her immortality, and Prince-Bythewood does a fantastic job of directing the action sequences to reflect her changing fighting style as she can no longer take risky moves. In fact, as impressive as everything is about this movie, the best thing was seeing Prince-Bythewood explore this new range as a director.

Prince-Bythewood is mostly known for her Black romances, so seeing her name behind a film like this was already an interesting choice, and she absolutely knocked it out of the park. It also allowed her to really get the intimacy of these characters despite the fast pace of the film. It was a hit for many reasons, and Prince-Bythewood’s vision carried it through.

Back when the film came out, Rucka told SyFy: “there will be discussions of a sequel, I’m sure” and since there are two more graphic novels in the series, the material is there. And if we know something about Netflix, they are more willing to invest in something if it comes in a neat three-and-done package.

I’m looking forward to the sequel and I’m hoping they can get the whole cast back because I love a strong ensemble and I’m very invested in this team as a unit. Especially following the ending of the first film, which if you haven’t seen … well what are you waiting for?