They say a picture paints a thousand words, and when the poster came out for the Netflix film Cuties, it painted a voyeuristic, hypersexualized image of young girls that has caused a backlash for misrepresenting the film and reducing a complex story about a Black girl to clickbait.

Cuties is the American title, but it is originally a French-language film called Mignonnes, from writer and director Maïmouna Doucouré, which tells the story of Amy, an 11-year-old Senegalese immigrant who becomes interested in a twerking clique called Cuties. Her fascination with this dancing group comes in opposition to her Muslim upbringing.

The film did well at Sundance,  something you would never be able to tell from the Netflix poster, which absolutely focused on the wrong aspects of the film, stripping away the exploration of innocence and just focusing on the scandalous angle they could pull. 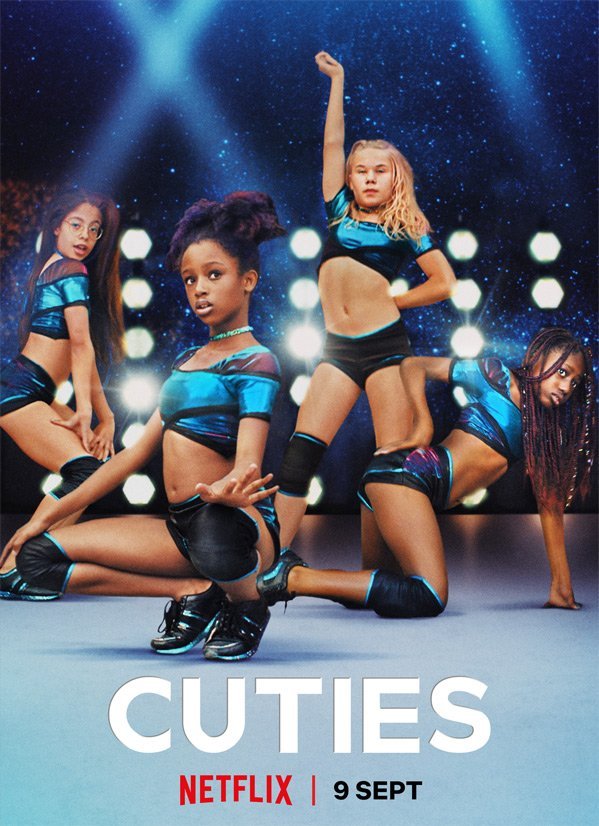 We’re deeply sorry for the inappropriate artwork that we used for Mignonnes/Cuties. It was not OK, nor was it representative of this French film which won an award at Sundance. We’ve now updated the pictures and description.

Due to the poster, the fact that the movie is rated MA, and the description that Netflix has been putting out, some are asking for the film to be pulled. There is even a Change.org petition that has gotten a lot of support. However, people who have seen Cuties have spoken up to express that this does not reflect the film that everyone originally saw or what will be released on September 9th.

Fan-favorite Tessa Thompson took to Twitter to explain that the film, which was directed by a Black French woman, was created to comment on the hypersexualization of young girls, especially Black girls.

#CUTIES is a beautiful film. It gutted me at @sundancefest. It introduces a fresh voice at the helm. She’s a French Senegalese Black woman mining her experiences. The film comments on the hyper-sexualization of preadolescent girls. Disappointed to see the current discourse. 😞

So, the film that the Parents Television Council president Tom Winter claimed was made “to sexualize children and to fuel the appetites of those who would feed on the sexualization of children” is actually doing the opposite, but because Netflix stepped in that now. They have derailed this project in the public eye.

Everything about how this film has been handled by Netflix—from the white savior vibes of the trailer to the shots they choose the highlight and the poster— have just created a vibe that is negative and detrimental to the film itself. I haven’t seen the film, but from those who have, none of this has been helpful to Cuties or Doucouré, who has been getting death threats and all kinds of gross insinuations about what her film is.

To say this was a giant mistake is an understatement. This was harmful, and it has harmed people defending the film, as well. This is FUBAR.

(via Shadow and Act, image: Netflix)