Mermaids and tricksters, oh my! 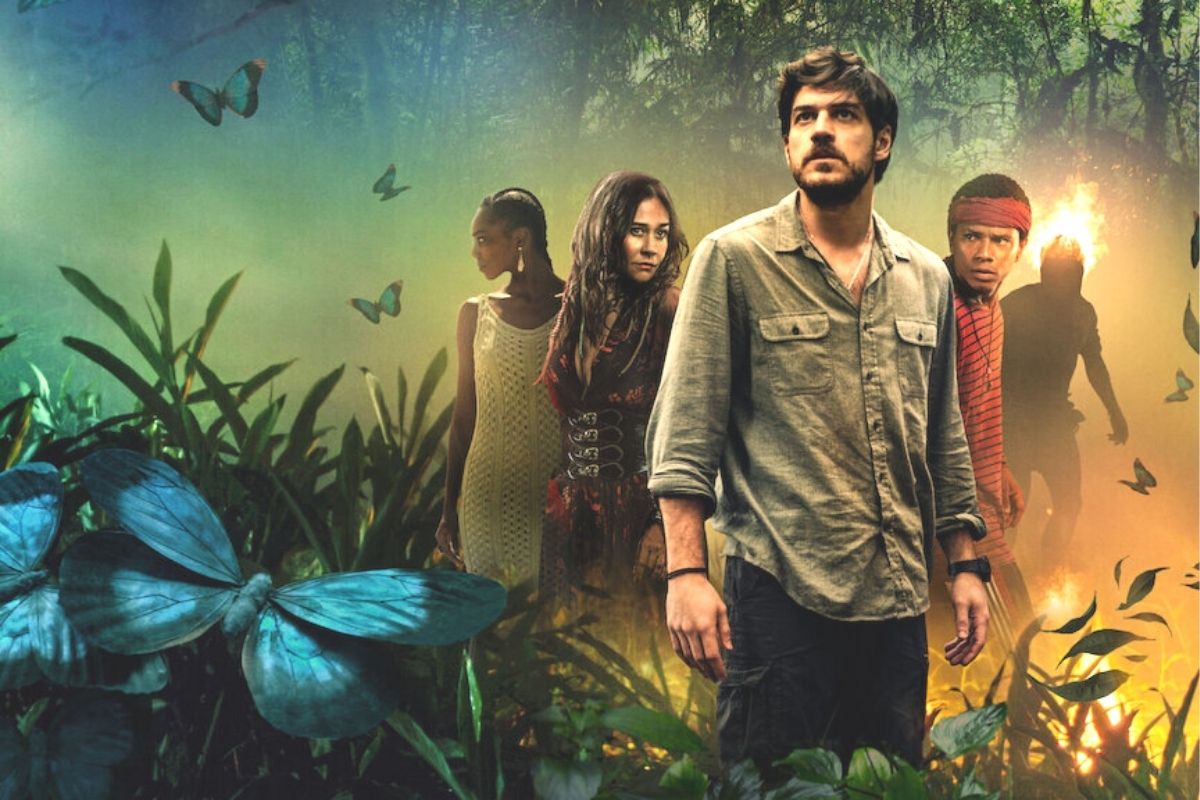 Netflix’s fantasy series Invisible City explores folklore and mythology in a way I’ve never seen before. When I think of folklore or mythical creatures, I picture the European and Western folklore we’re usually exposed to, full of fairies, dragons, ghosts, and protectors of the wilds—or I think about The Pied Piper, Jack and the Beanstalk, or Paul Bunyan and Babe the Blue Ox. I’ve never really heard about Brazilian folklore full of the Curupira, Boto Cor de Rosa, Iara, or Saci Pererê. Thanks to Invisible City, I know them now and am curious like never better to learn more.

Invisible City tells the story of Eric, played by Marco Pigossi. He’s an environmental police officer who discovers that there is a world around him that proves folklore and mythology is not a fairytale told in children’s books. As if realizing that weren’t enough to deal with, he’s also reeling from the death of his wife Gabriela and being a single father to his daughter. His wife, played by Julia Konrad, died under mysterious circumstances while trying to keep a fishing village safe from a group of developers who wanted to take away their land.

The deeper that Eric falls into the mystery surrounding Gabriela’s death, the more he realizes that he’s way out of his depth. This is bigger than his wife, his family, or the village of Toré where Gabriela was working. Someone is targeting those who seek to protect the forest and those who inhabit it, be they human or not, and that blurs the lines for Eric in a way that’s very The X-Files meets Supernatural, with a side of American Gods. Each episode continues to prove that, until you’re left wondering when season 2 will come out.

The world building of Invisible City is especially interesting because it feels like they put heart into it. The small details that you catch enrich the story as a whole and each mythical being is more fantastical than the next without feeling outlandish. And before you know it, you’re invested and researching why the Curupira preys on poachers and hunters, why the Boto Cor de Rosa wears a hat, and what kind of pranks the Saci Pererê likes to play. Piquing my interest to the point where I go on a Google spiral about Brazilian mermaids is a good sign when it comes to Invisible City.

This also begs the question of what other Brazilian shows are on Netflix? Maybe I’ll finally give 3%, a dystopian thriller that I keep hearing about, a chance. Or maybe Girls From Ipanema, a period drama set in the 1950s Rio de Janeiro that explores the struggles of being a woman, is more up my alley. Point being, my eyes have been opened to even more Netflix content from a community of Latinx creators, writers, and actors. And I’m more than here for it!