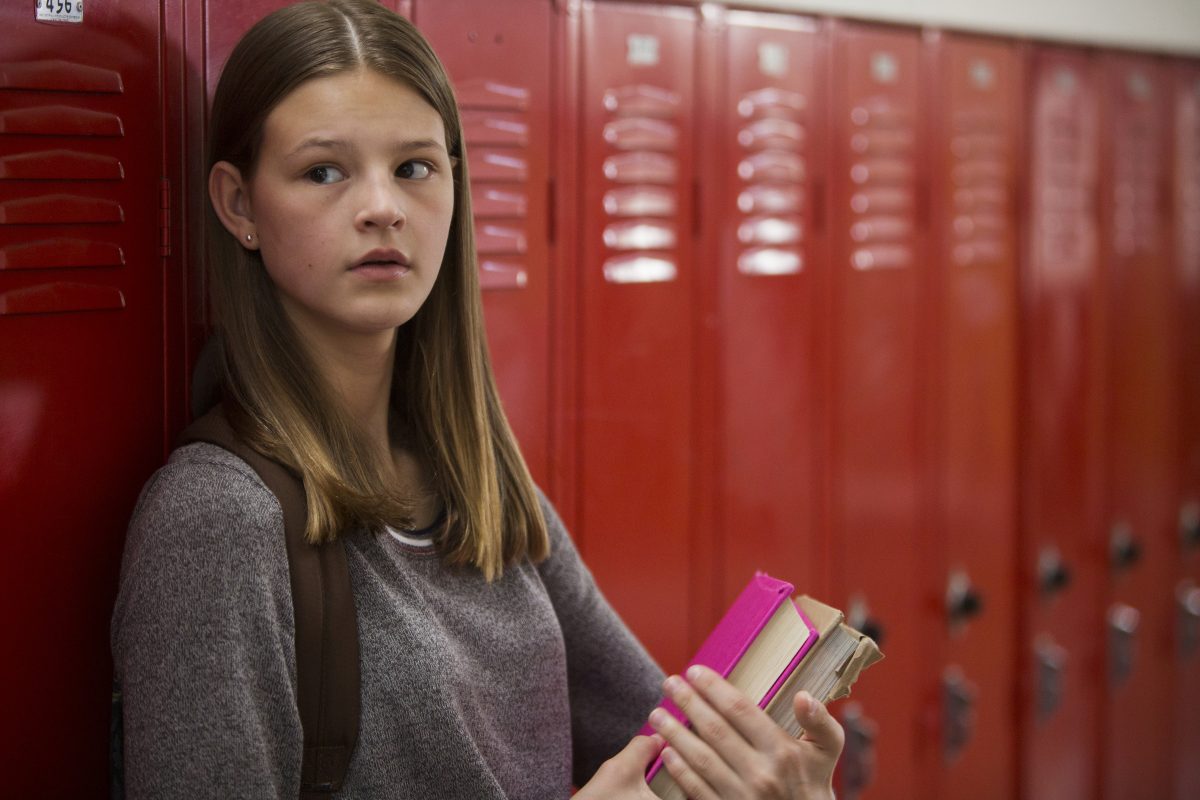 I almost didn’t make it through the first episode of Netflix’s Everything Sucks. At its start, the show focuses on a group of three nerdy high school freshman, although nostalgia seems to be the main character. There are references galore, to the extent that the opening credits use the iconic and distinctive typography of My So-Called Life. All of it felt tired and so overly trodden. It felt like Stranger Things, but instead of a demigorgon, there’s just more nostalgia.

I’m so glad I kept watching, though. Because while much of the show is uneven and a bit of a mess, it eventually stumbles into something wonderful.

Everything Sucks centers on the students at Boring High School in Boring, Oregon (incredibly, a real town) in 1997. As I mentioned, the show begins by introducing us to three freshman friends, Luke, Tyler, and McQuaid. But when the three join their school’s AV Club, the focus soon shifts to the friendship between Luke and fellow club member (as well as the principal’s daughter), Kate Messner.

That’s when the show really starts to get good, but even better is when they move beyond that relationship to focus on the characters—especially Kate—individually.

To be clear, I ended up really loving the friendship that grew between Kate and Luke. (Warning, minor spoilers ahead. This isn’t a show with twists and turns that can really be spoiled, but I will be discussing the plot.) Kate is a sophomore but she’s played by (the absolutely phenomenal) 14-year-old Peyton Kennedy. Her young age serves to highlight the character’s self-exploration in a beautiful way.

When we meet Kate, she is just starting to explore her sexual identity and the fact that she is clearly attracted to other girls. She steals her first pornographic magazine, which her father bumblingly assumes is because she’s envious of their developed bodies. She gets publically shamed for staring a little too long at the cool/scary drama girl Emaline and branded a “dyke.” Between that and the pressure of being propositioned in an excessively public way, it’s easy to understand why she accepts Luke’s request that she be his girlfriend.

Yet, despite her unwillingness to come out publicly, as well as her lack of gay peers or role models, causing her to feel like an isolated “freak,” I was amazed how open Kate was with Luke about her sexuality. Sure, she can’t bring herself to say the word lesbian, but it only takes a couple of episodes before she’s honest with him and with herself.

As for Luke, it would be easy (and typical) for the writers to have given us this story through his eyes, rather than let the two share it. Luke pressures Kate into keeping him around as her beard because he wants to be with her. Rather than vilifying either of them–him for not listening to her or her for not doing enough to discourage him—we get an honest depiction of two young teenagers who don’t know how to navigate these things, but legitimately care about each other.

The fact that this show’s lead duo is made up of a lesbian and a mixed-race kid can’t be ignored and only serves to make the whole show stand out among the vast landscape of young white coming-of-age teen shows it seemed to blend in within episode one.

(Here’s where we get into some more spoilery spoilers.)

Where the whole show cracked wide open, though is when Kate and Emaline are able to connect. How often do we get to see a tender, honest, clumsy, beautiful love story revolve around two queer characters in a mainstream show?

(I don’t want to ignore the fact that there has been some backlash to the fact that Emaline is played by 20-year-old Sydney Sweeny which, I agree, does add some ick to seeing her kiss 14-year-old Kennedy. But in terms of their similarly-aged characters, the story is remarkable.)

That’s why I say this is a story everyone could have used in high school. Even if you’re straight, who couldn’t use more examples of normalized LGBTQIA experiences growing up? Young gay kids certainly could use more stories refecting their lives back to them. And for every kid who was never told that the word “spectrum” could refer to sexuality, this show would have been a gift. For every kid who didn’t understand why they were so enamoured with a certain friend, and felt confused and ashamed (or lashed out like Emaline does in the first episode) because those feelings didn’t fit into the gay/straight binary they thought was the only way, this show resonates.

Everything Sucks not only gives us a young lesbian lead, but also approaches bisexuality with zero shame or need for justification. It’s not even really discussed. Emaline accepts her attraction to Kate immediately, which feels true to the established boldness of her character. Both of these girls have beautiful arcs throughout the first season–arcs that hit on all of those usual “universal” coming-of-age points and make you feel all those usual feelings. But the show, and their relationship, transcends the usual and eventually becomes a story wholly unique, and something we don’t see represented nearly often enough.

We want more good, original entertainment, and we want more LGBTQIA representation. Everything Sucks is both.