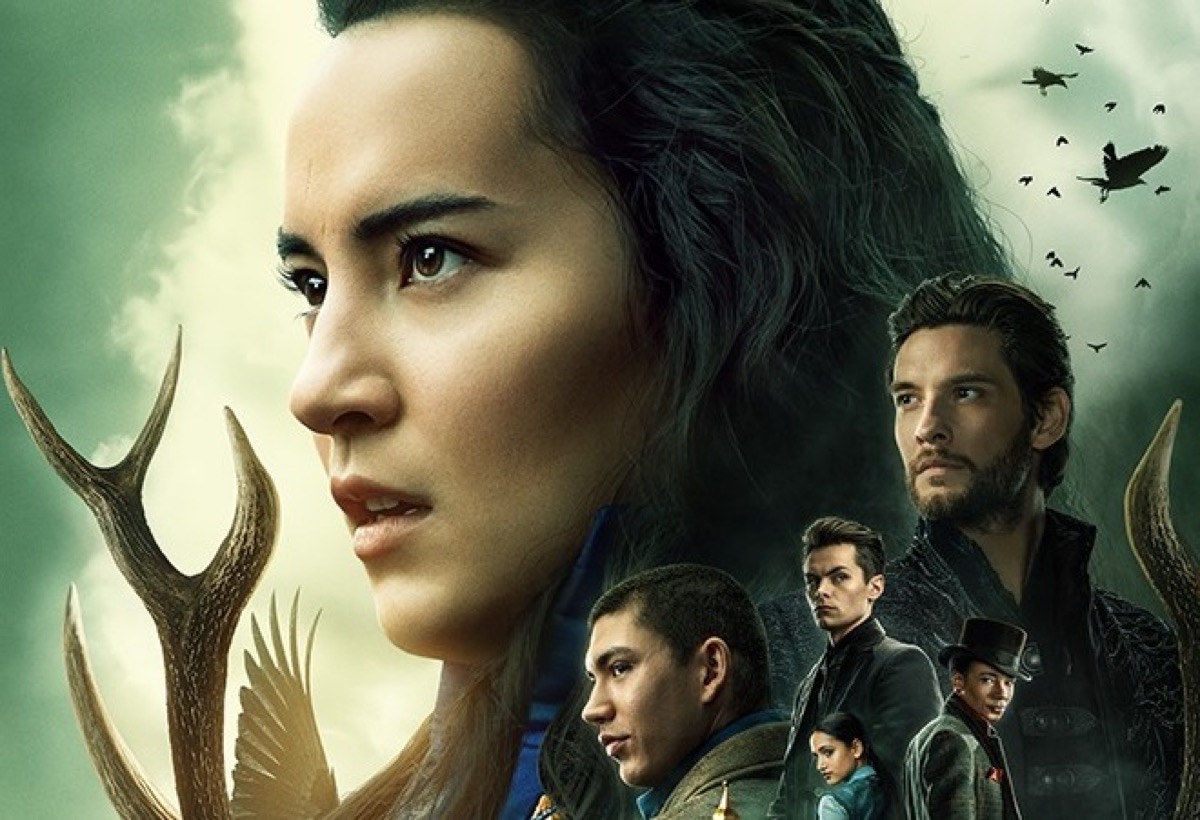 As we all desperately search for a distraction from 2021, Netflix’s Shadow and Bone is arriving at precisely the right time. Based on Leigh Bardugo’s beloved books, the show is set to hit the streaming service tomorrow, April 23. Get ready for epic battles, political intrigue, and swoon-worthy romance!

While I’m always trepidatious when something I love makes the treacherous journey from page to screen, the author serving as an executive producer has assuaged some of those concerns. Plus, the trailer looks awesome, and I can’t wait to see Bardugo’s extraordinary world brought to life. Whether you’re a fan of her work or among the uninitiated, there are many reasons to tune in for Shadow and Bone.

Known to fans as the Grishaverse, Bardugo’s universe has grown to encompass quite a few books. Her original trilogy comprises three novels: Shadow and Bone, Siege and Storm, and Ruin and Rising. However, there is also a duology, consisting of Six of Crows and Crooked Kingdom. Beyond that, there is Bardugo’s most recent duology, King of Scars and Rule of Wolves, as well as supplemental materials, such as The Language of Thorns.

All the books take place within the same world, just in different locations and separate timelines. One of the more fascinating decisions made for the Netflix adaptation is the plan to combine the disparate narratives of Shadow and Bone with Six of Crows. As much as I enjoyed the main trilogy, the Six of Crows books are my favorites, so the idea of remixing the material is particularly intriguing.

The rather distinct setting for Shadow and Bone is Ravka, something of a fantasy analog for early 1800s Russia. Ravka has long struggled with the countries bordering it, Fjerda in the North and Shu Han in the South, but it’s the literal black cloud hanging over the country that truly drives the story. Known as the Shadow Fold, this swath of near-impenetrable darkness has not only divided the country of Ravka for hundreds of years, but also happens to be home to many monstrous creatures. As such, the Fold is nearly impossible to cross. Though he has not been seen since, someone known only as the Black Heretic created it.

The Grishaverse gets its nickname from the Grisha. At a young age, most begin to display incredible gifts that many would classify as magic, though the books instead call this the “Small Science.” Ravka relies heavily on these magic-wielders, who are basically forced to join the Second Army (composed entirely of Grisha) upon discovery. Traditionally, Grisha are divided into three orders, but there are specialized groups within each.

The Corporalki, or the Order of the Living and the Dead, are able to affect the human body in a myriad of ways, whether it be to heal, change one’s appearance, or even stop an enemy’s heart from beating. Etherealki, or the Order of Summoners, can manipulate natural elements, such as wind, water, or fire. Materialki, or the Order of Fabrikators, focus their energies on creating, thanks to their ability to alter glass, metal, or even chemicals.

The rarest and most coveted of the Grisha is the Sun Summoner, who it’s believed could destroy the Fold and make Ravka whole once again. This legendary figure is revealed to be Alina Starkov, a lowly mapmaker enlisted in the First Army, or the human branch of the military. Though her race is never specified in the novels, the Netflix series’ iteration of the character, played by Jessie Mei Li, will be half Shu. 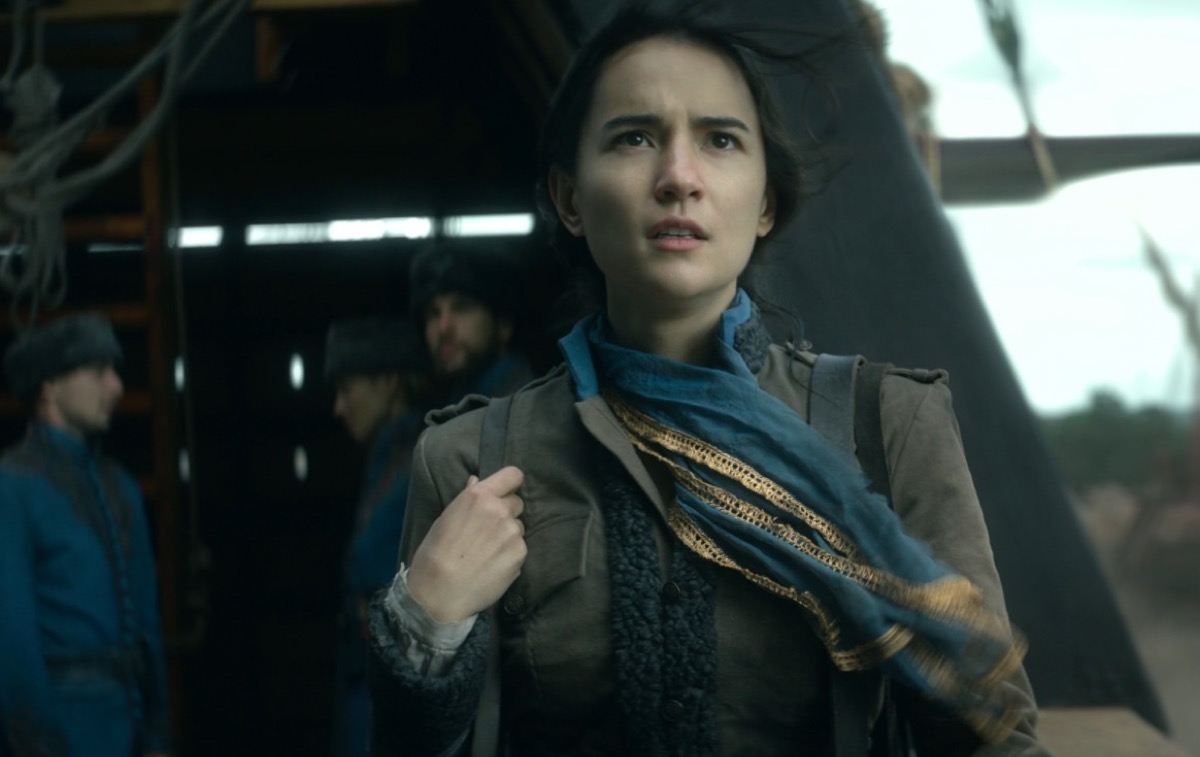 Northern neighbor Fjerda is somewhat based on Scandinavia, while the country to the South, Shu Han, draws its inspiration from China and Mongolia. Joining Li is a diverse cast of mostly unknown actors, with Archie Renaux playing her best friend, Malyen Oretsev. Westworld’s Ben Barnes is portraying the enigmatic General Kirigan, though fans of the book will know him by another name.

Quite different from Shadow and Bone, Six of Crows is a heist story centering on a group of outcasts doing their best to survive Ketterdam, which is pretty much a criminal epicenter. Kaz Brekker (Freddy Carter), a brilliant young con man with a major chip on his shoulder, leads their gang, the Dregs. His right-hand-woman, Inej Ghafa (Amita Suman), is the coolest spy you’ll never see coming. Jesper Fahey (Kit Young), a sharpshooter who has yet to meet a bet he didn’t like, is a member, as well. Rounding out the team is Heartrender—those Grisha who can stop someone’s heart from beating—Nina Zenik (Danielle Galligan), though they will also run into Matthias Helvar (Calahan Skogman). He’s a Fjerdan drüskelle, which is basically a witch hunter.

Six of Crows takes place in a different country two years after the events of Ruin and Rising, so it would seem Netflix’s Shadow and Bone will act as something of a prequel for these characters. The trilogy and the duology are starkly contrasted in terms of setting, pacing, and perspective. As a fan, one of the most interesting aspects of this series will be seeing how the writers find a way to tie these stories together.

The trailer makes it seem as though the Dregs’ next moneymaking scheme will be capturing Alina for some sort of reward. This would be a smart way to integrate these characters. The Dregs aren’t opposed to a dangerous mission if the price is right, and what would fetch more money than the fabled Sun Summoner?

Game of Thrones may have gone out with a whimper, rather than a bang, but its loss is keenly felt, particularly in a time when we could all use an escape. Shadow and Bone has the potential to not only scratch that particular itch, but also occupy its own unique space within the fantasy world. What began as a rather straightforward “chosen one” narrative with Bardugo’s initial trilogy has evolved into something far more compelling.

The Grishaverse is a complex world populated by exceptional characters that an audience can easily relate to. The books are action-packed, yet still manage to remain character-driven. With such a wealth of material to draw from, I sincerely hope the Netflix series does well and is given the opportunity to tell all the unforgettable stories the author has written. As the Dregs would say, “No mourners, no funerals.”