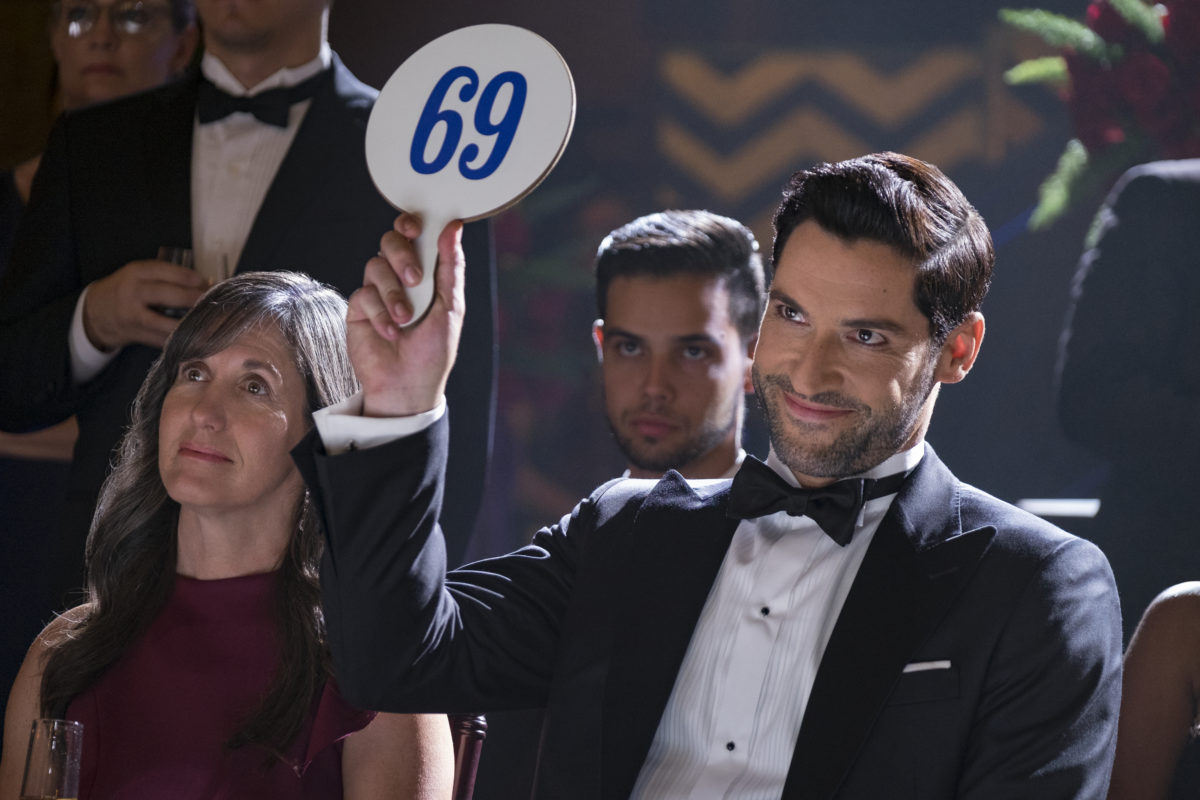 You just can’t keep a good devil down. Despite the fact that Lucifer‘s upcoming fifth season on Netflix is supposed to be the last for the series, reports have emerged today that Netflix is in talks with Warner Brothers television, who produce the show, for another season.

To whomever sold their soul for this: thanks.

Lucifer began life on Fox in 2016, where it gained a cult following and devoted fan base, thanks to its combination fo procedural police cases, serialized supernatural drama and dash of comic lightness. Tom Ellis carried the series on his charming, perfectly sculpted shoulders and the supporting cast and inventive writing made the series truly great … but Fox still canceled it in 2018, after three seasons.

But wait! There was hope! Netflix picked up the series for a fourth season, much to fans’ delight. Season four contained ten episodes and hit the service last May to much acclaim, and was renewed by Netflix for a fifth but, sadly, final season.

Well, the fifth season was initially set to be ten episodes, like season four, but Netflix loved it so much they ordered an additional six episodes which brought the season five count to sixteen and these episodes will be doled out (much like Sabrina‘s second season) in two eight-episode chunks. And no, we still don’t know when those are hitting. Believe me, we will tell you when we do.

But now, it looks like things aren’t all the way over for Lucifer Morningstar, as TVLine and Deadline now report that Netflix is getting cold hooves about the cancelation and negotiations are on for more episodes.

This is not surprising, given the popularity of the show on the platform and with fans. We’re curious of course what this might mean for the story, given that the writers penned season five as a conclusion to the narrative, but they’ve done it before and the bifurcated structure of season five and the fact that it’s not even wrapped filming might allow them to adjust.

Reactions on twitter from fans and stars alike are of course, hellishly excited.

At this point someone should really consider turning this unbelievable rollercoaster story of a show into a movie…
Any title suggestions?#Lucifer😈 pic.twitter.com/9xdS3zBEit

When #LuciferSeason5 is supposed to be the finale one for months & you see all the tweets of talks about #LuciferSeason6 #Lucifer pic.twitter.com/dPFPHy7LPl

2030: Netflix is in talks about saving #Lucifer for a possible season 16 😂 pic.twitter.com/Pt3EVKCy5t

Will these talks really lead to season six? We’ll hopefully know soon and in the meantime, we’ll keep Lucifer in our … prayers? Uh, you know what we mean.