The Most Popular Netflix Shows by State Are Weirdly Fascinating 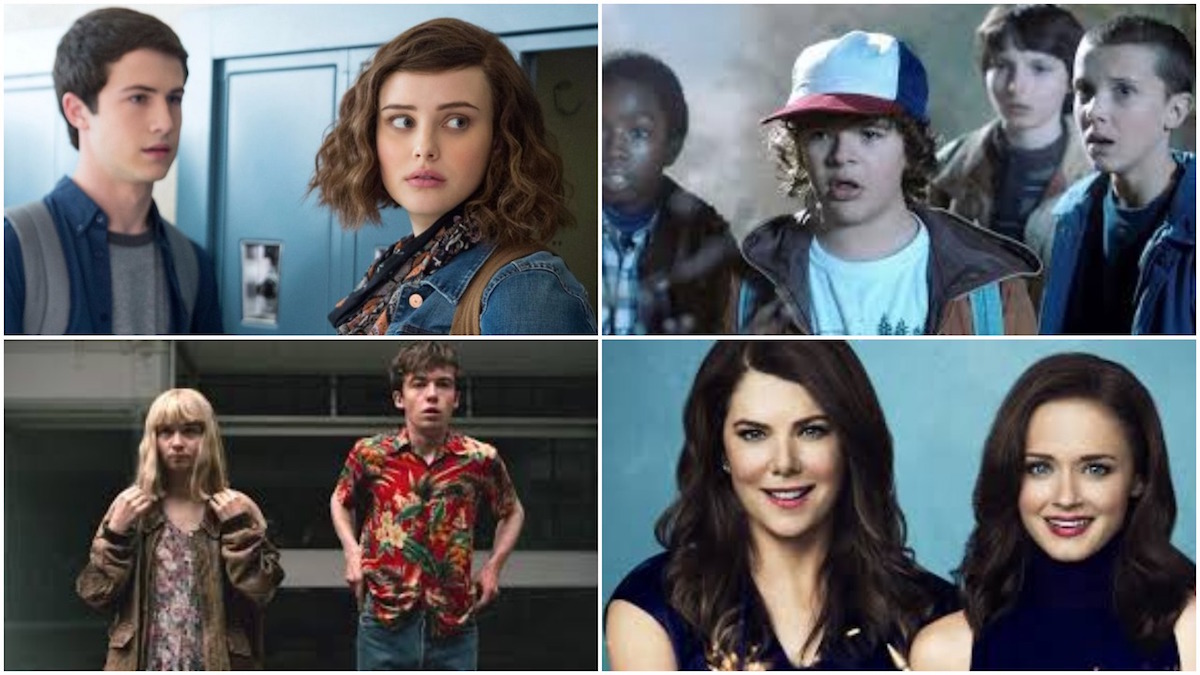 Did you know that they love Jane the Virgin in Texas? That Idaho is wild for Stranger Things? That way, way, way too many states are obsessed with 13 Reasons Why?

Lifehacker dug up this nifty breakdown by High-Speed Internet that shows Netflix’s most popular shows in America, state by state. It appears that the controversial teen drama 13 Reasons Why is the cool kid in the most states, nabbing Mississippi, Connecticut, Ohio, New Jersey, North Carolina, Rhode Island, and Illinois. That’s an interesting spread, demographically, proving that high school angst knows no red or blue political boundary lines.

It’s quite possible that 13 Reasons Why is doing so well in so many places because it skews to a younger, always-on audience. Some of these make sense because of their locale: Breaking Bad and Better Call Saul take place in Albuquerque, New Mexico, so it looks like New Mexico is rooting for the home team. And many of these shows are Netflix’s original programming, which means they’re heavily promoted and recommended by the streaming giant, hence Netflix originals’ overall domination.

Still, the whys and hows behind these choices are intriguing. I wonder why Orange Is the New Black dominates in Kansas and Oklahoma? Or why Wyoming is Lost in Space? Or how North Dakota became the state dedicated to Gilmore Girls: A Year in the Life? 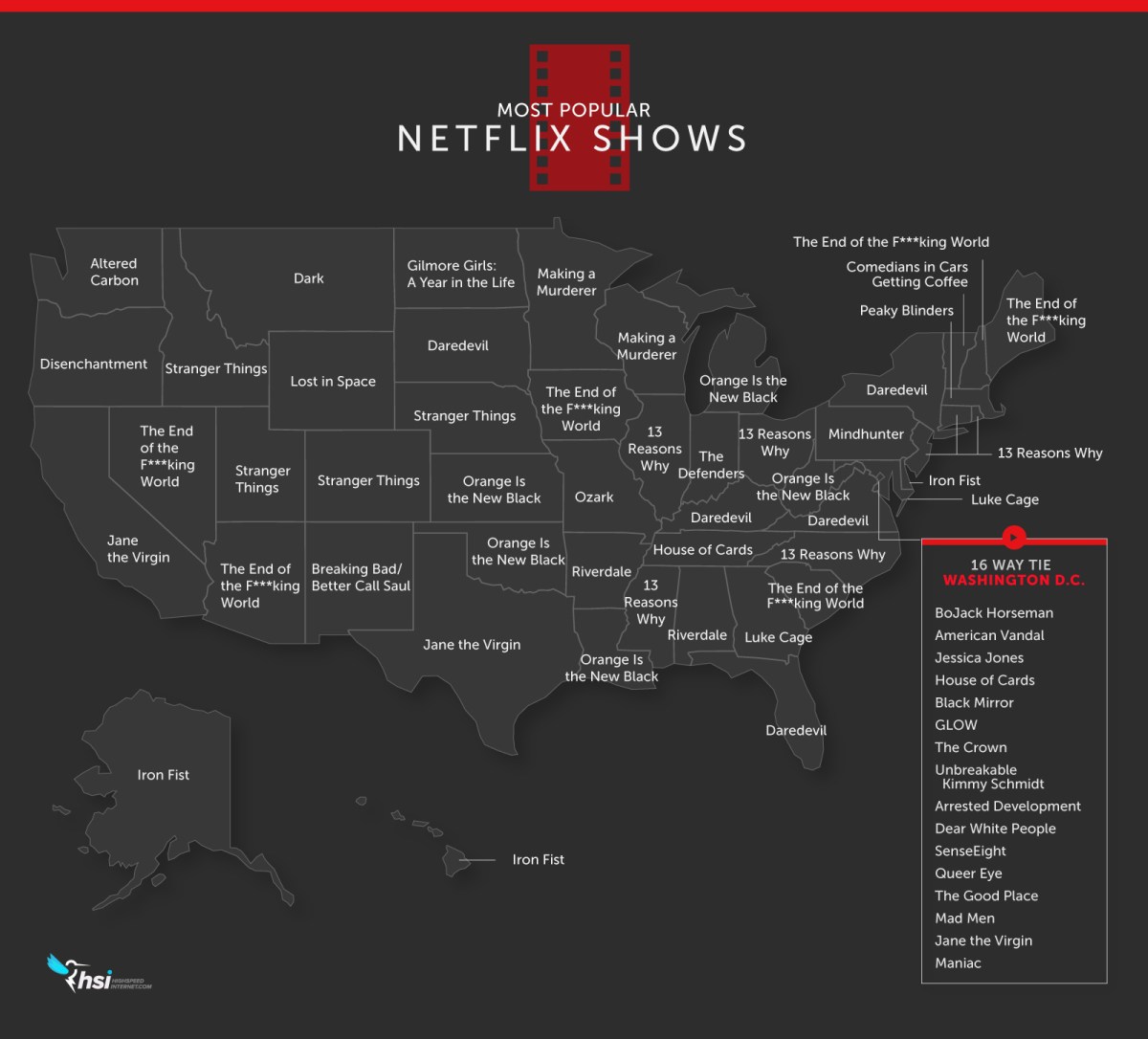 I’m genuinely fascinated by these results. What happened to make Alaska love Iron Fist? Are our frozen friends in Minnesota tucking into Making a Murderer to better understand their Wisconsin neighbors? Can someone explain how Riverdale became the show du jour in Arkansas and Alabama? How is Washington the only state hip to the awesomeness that is Altered Carbon?

You’re watching The Defenders en masse in Indiana instead of Altered Carbon? Is Pennsylvania, an entire state that loves Mindhunter, doing okay? And should we all be watching The End of the F***king world since apparently a great portion of the country is already doing so?

Surely D.C.’s 16-way tie is deserving of further analysis. They’re really representing all of America with that range of programming.

Kudos to Massachusetts for going with Peaky Blinders, though. This was the correct answer.