Here Are Netflix’s Most-Binged Shows of the Year 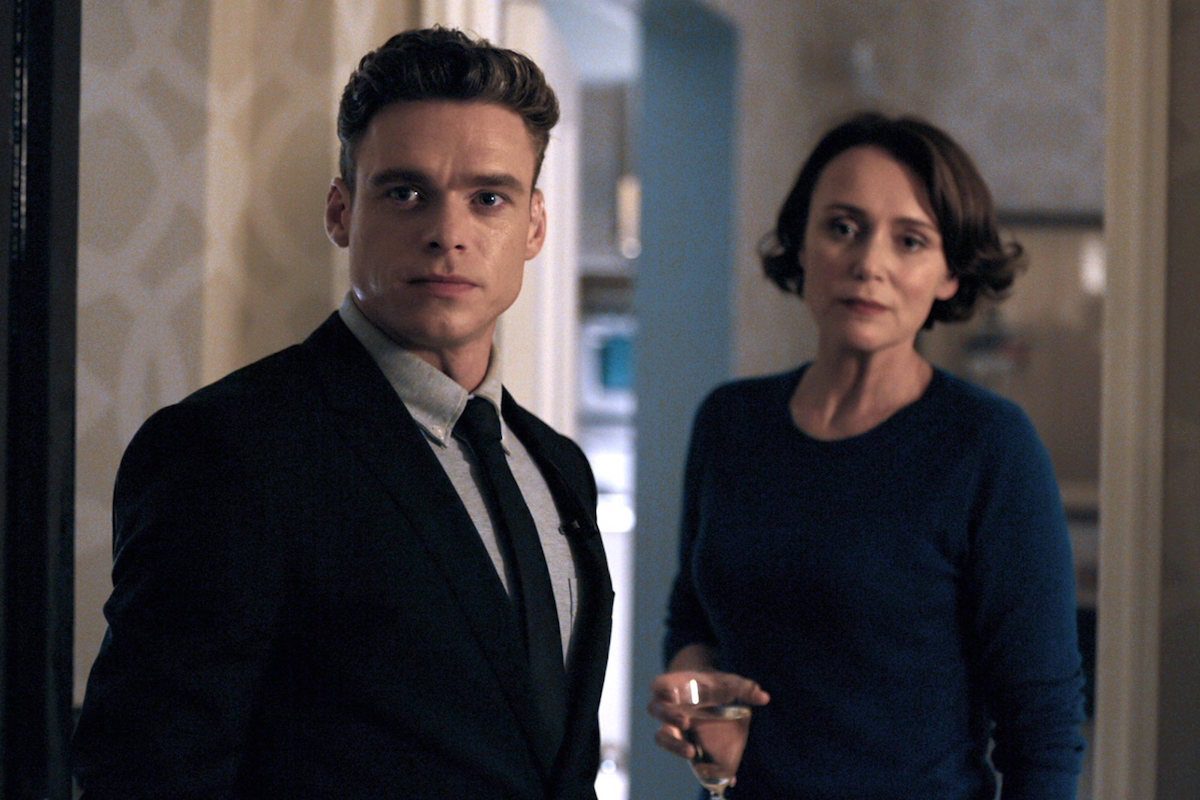 Netflix is notoriously close-mouthed about its viewership numbers for individual shows, but the streaming behemoth recently released a numbered list of their most highly “binge-watched” content this year. What does this compilation reveal?

Under the heading “The Shows We Fell In Binge With This Year,” Netflix writes, “Are you still watching? Damn right we are. True crime, hidden ghosts, Richard Madden, oh my (ma’am) – these are the series that kept us glued to our seats and screens this year.”

This would appear to be a list of the shows watched with the most consecutive attention—the series we just kept watching without interruption, clicking the “still here” alert bleary-eyed at 4am (not that I’d know anything about that). Netflix says these are the shows with the “highest average watch time.” While I’m sure that there’s some correlation here with actual viewership numbers, this is a different kind of metric, that ineffable “binge-ability” factor.

The first thing that intrigued me about these Netflix ranked watching sprees is that I had not heard of “On My Block,” Netflix’s most-binged property of the year. I’m not alone; The Wrap already has an article called “What Is ‘On My Block‘?” clarifying that Netflix’s list indicates those shows “that enticed viewers to watch the most episodes in a single sitting,” not necessarily reflective of overall popularity. Still, I imagine it’s an important factor that Netflix takes into account in ordering additional seasons. If a show can keep you parked on Netflix for hours and hours on end, that has to have a lot of value.

So what is On My Block? According to The Wrap, it’s a teen dramedy about “a group of streetwise teens navigating both the everyday drama of entering high school and the very real dangers of life in inner-city Los Angeles,” and it’s already headed for, you guessed it, a second season.

I binge-watched a few of these shows myself, namely Bodyguard (an essentially over-the-top show but Richard Madden is very pretty and who doesn’t love a British twist-filled crime melodrama), Anne with an E: Season 2 (I am not crying over Canadian orphans, you’re crying), and Making a Murderer Season 2 (that Kathleen Zellner, amirite?).

Last Chance U: INDY is apparently a junior college football docu-series which explains why I also have never heard of it, and Fastest Car is about how “the drivers of exotic supercars put their street cred on the line against deceptively fast sleeper cars built and modified by true gearheads.” I did not watch Insatiable because the Mary Sue staffers who did so seemed to prefer dental surgery to the show, nor did I watch Thirteen Reasons Why This Show Should Have Never Received A Second Season, nor The Haunting of Hill House because I would be screaming and rocking back and forth in terror in the middle of the night and nobody needs that.

From an analytical perspective, something that jumps out here is that not one of Netflix’s slate of Marvel shows appeared to have that “binge-watching” appeal in 2018. While I think Marvel Studios is mostly responsible for the shuttering of these shows as it prepares its own slate for the Disney+ streaming service, it’s hard to imagine that Netflix wouldn’t have fought to renew, say, Daredevil if it was in their binge-watcher’s top ten.

As for Netflix original movies? Check out the handy compiled graphic below, where “in love” measures how many times a movie was rewatched. It’s probably a good time to pitch your teen romance dramedy script to Netflix if you’ve got one. What about buzzworthy talent? Also listed are the stars who gained the most on Instagram after a year in the Netflix spotlight. 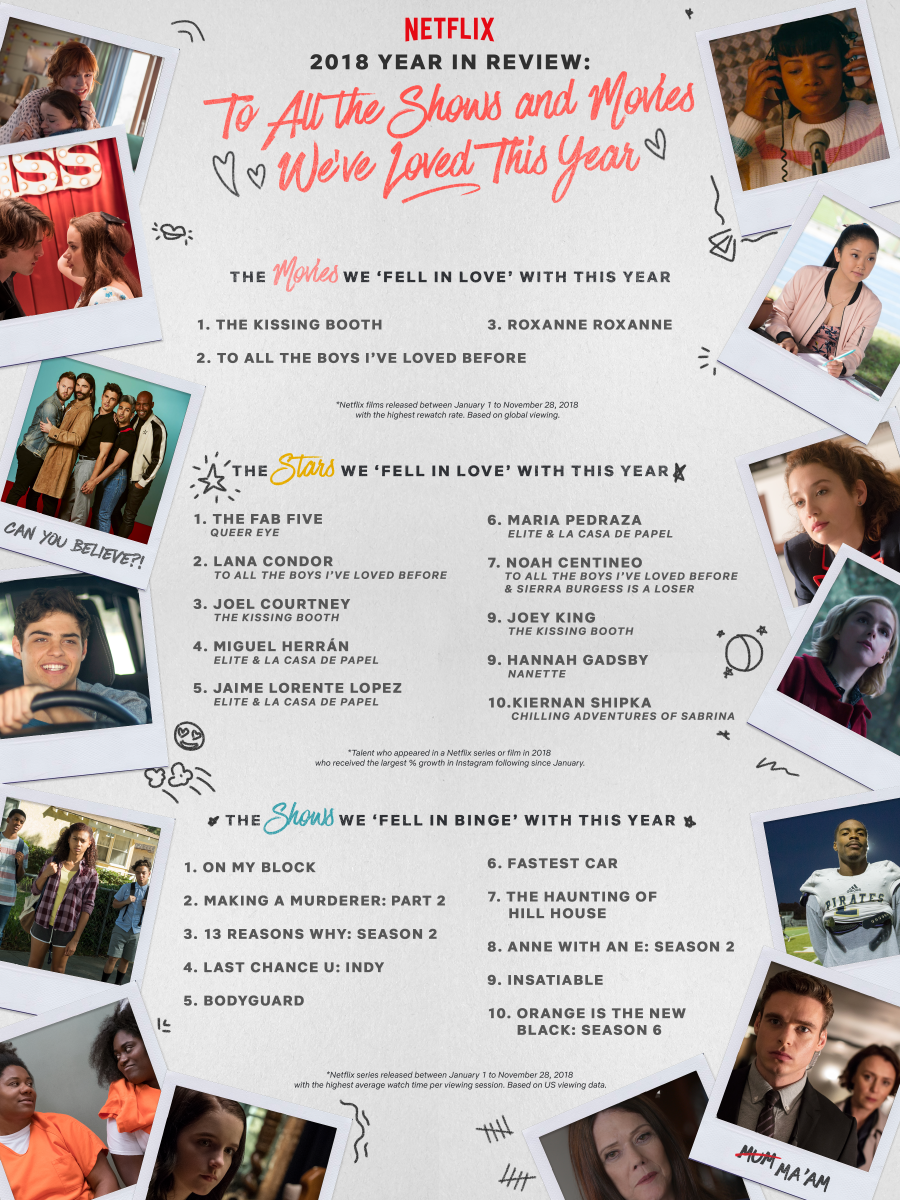 What did you binge-watch this year? Talk to me in the comments, I always love quality (or trashy!) recommendations.

(via Netflix, image: The BBC)