Should We Care Netflix Knows Everything About Our Viewing? | The Mary Sue

Should We Care That Netflix Knows Everything About Our Viewing Habits? 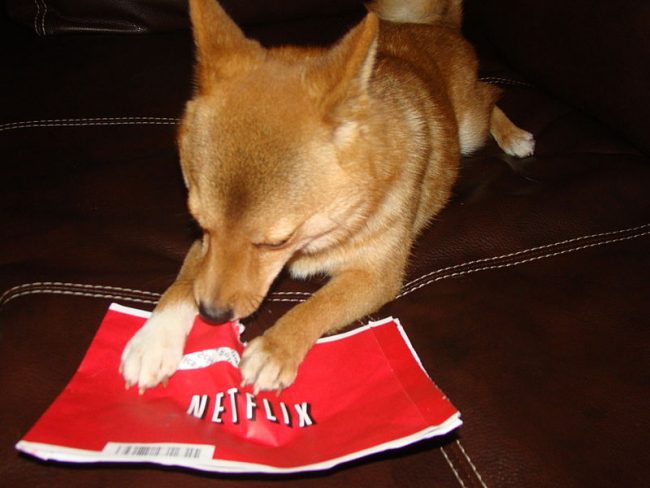 A tweet from Netflix poking fun at the 53 users they said watched “A Christmas Prince” every day for the past 18 days “went viral,” as the kids say, and provoked questions about just how much data Netflix has stockpiled about our binge-watching, and who has access to it.

To the 53 people who’ve watched A Christmas Prince every day for the past 18 days: Who hurt you?

I’ve seen some worry and analysis about the fact that Netflix apparently retains detailed data on our individual viewing habits, but what, exactly, did we expect? How did we think Netflix’s algorithms knew just what to offer you after watching two or three seasons of The Great British Baking Show in a single weekend? (Yes, The Big Family Cooking Showdown was great. Nadiya forever.)

I just want to make sure you’re okay

But others were not so amused by this public demonstration of Netflix’s vast data reserves.

Not funny, not charming, not clever. Whoever you are – writing for @netflix – you’re about to lose your job.

cuz @netflix collects data on paying users; their official tweet demonstrates that they’ll use that data to ridicule specific customers publicly; and that @netflix doesn’t respect their larger customer base’s concerns about other ways @netflix might misuse private data.

To be fair, some users raised some pretty legitimate concerns, less upset about the data collection itself and more concerned with who had access to it and the threshold for releasing or even just teasing about that data.

I guess to clarify, what I find creepy is not that they collect this data, but that the threshold for releasing it is arbitrary. In this case, if the number is accurate, they released user data because they found it funny. That’s offputting to me.

When you start thinking about the amount of data that’s floating out there about you, it’s better to not think about it. (Hi, Google, you’re looking particularly beautiful these days.) While it shouldn’t raise any eyebrows that Netflix knows exactly how many times you’ve rewatched Parks and Rec this year, it is interesting to consider the ramifications of this data being accessible to different groups within the company. If I were a Netflix employee, could I, say, look up the viewing history of a particular movie star or politician? What about that of my neighbor down the street?

In response to some of the blowback over the tweet, Netflix said:

“The privacy of our members’ viewing is important to us. This information represents overall viewing trends, not the personal viewing information of specific, identified individuals.”

I have no doubt that Netflix takes significant measures to safeguard our data from external parties. But in my experience working at tech companies, it’s not infrequent that sensitive material and broad access was available even to low-level employees—look at the third-party contractor who was able to turn off Trump’s Twitter account for ten glorious minutes and the lack of safeguards therein.

What’s not clear is how protected members’ viewing histories are within Netflix itself. And Netflix’s statement is confusing, as the initial tweet most certainly represented “the personal information of specific … individuals.” They were not identified on social media, which obviously would be an unforgivable privacy violation, but it was specific enough—53 people, 18 days—to feel uncomfortable. How would you feel if you were one of those A Christmas Prince aficionados?

My first instinct when I saw Netflix’s Tweet was to laugh about it, and to shrug my shoulders: would I really care if the whole world could see my Netflix viewing history? It’s mostly Crazy Ex-Girlfriend, documentaries about ancient civilizations, and Bojack Horseman.

But this initial blase attitude on my part wasn’t fair, because there are certainly many cases where such leaked viewing histories could have serious ramifications on someone’s life. What we watch is a personal thing, and it can be revealing, or assumed to be revealing. Watching trends could certainly be used to suggest preferences or tastes by association, and could be wielded in a fashion that would truly feel like a privacy violation—whether you’re a famous politician or just, well, me. Maybe let’s keep this stuff to ourselves, Netflix, and off of social media.