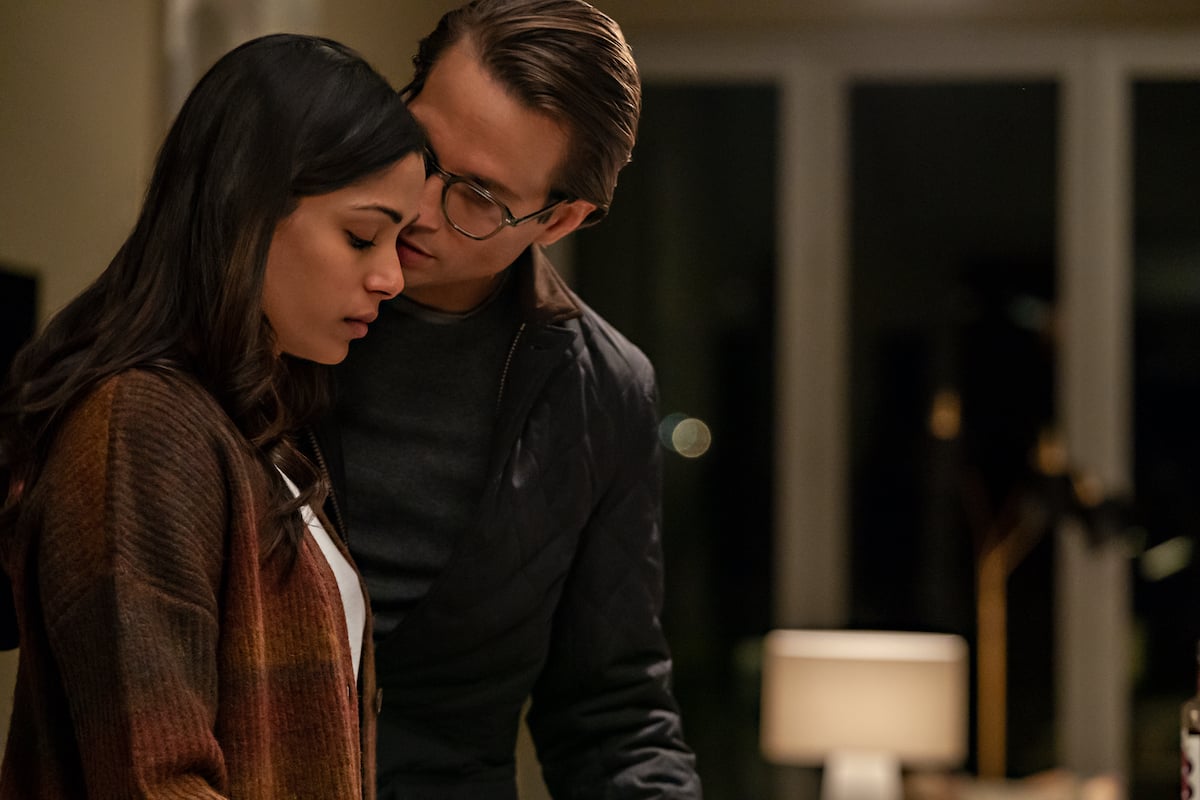 At the start of this year, Netflix announced it would be releasing at least one new original film every week for all of 2021. That was great news for those of us craving new content to carry us through another however many months of the pandemic we had left ahead of us. (Still unknown!)

But when you commit to releasing a whopping 70 movies in a year, it seems inevitable that what you gain in quantity, you’ll have to make for with at least occasional mediocrity. Which I suppose is how we end up with Intrusion.

Quite a few of Netflix’s new original films look to fall into the category of “generic thriller,” a genre I unabashedly adore. But Intrusion doesn’t seem to have any idea which corner of this genre it wants to fall into. Its plot is far too simple and obvious to be a smart, sleek thriller but it also seems to be doing everything it can to resist its more Lifetime-esque elements. As a result, it ends up being nothing at all.

The film centers on Meera (Freida Pinto) and her husband Henry (Logan Marshall-Green), who recently left the east coast to live in a huge, remote, and very ugly house in a small, rural town. When their home (which architect Henry designed) is burgled and Henry kills one of the intruders with a gun he had hidden in a houseplant (normal!), Meera begins to suspect that her husband might be hiding things from her. And of course he is! Everything about him is suspicious, from his perpetual shiftiness to the menacing music that plays whenever he’s onscreen.

The Sinister Husband is a common fixture in these sorts of movies. But Intrusion refuses to lean into the trope, while simultaneously providing its audience with exactly zero other targets for our attention. There are no red herrings, no other clues of any sort to make this into the mystery it clearly wants to be. We are given no twists, no turns, no surprises. Every piece of evidence Meera gathers, she does so on the first try—from floor plans to videotaped confessions. This story doesn’t unfold, it just drags to fill time.

Pinto and Marshall-Green do their very best with a bland script and perspectiveless direction but ultimately, their solid performances aren’t enough to save this movie or even make it worth your time.