Fans of the Jim Henson cult classic will not be disappointed.

If you’re a child of the 80s, you undoubtedly grew up with a well worn VHS copy of The Dark Crystal. Now, Netflix is looking to tap into that nostalgia with their new series The Dark Crystal: Age of Resistance, and if the trailer is anything to go by, audiences are in for a truly stunning vision.

Age of Resistance is a prequel to The Dark Crystal, the 1982 puppet-animated fantasy film from Jim Henson and Frank Oz. The Dark Crystal is a cult classic that follows the adventures of Jen, an elf-like creature known as a Glefling, who embarks on a quest to restore balance to his alien world of Thra by returning the lost shard of a powerful but broken gem. Along the way, he does battles with the villainous Skeksis, vulture-like creatures with malevolent intent.

The film was lauded for its groundbreaking use of animatronic puppetry, but many critics criticized the dark, scary tone of a film that was ostensibly geared towards children. The tone was made all the more jarring when compared to Henson’s more family-friendly work on The Muppets and Sesame Street.

The synopsis for Age of Resistance reads:

Based on The Dark Crystal, Jim Henson’s groundbreaking 1982 feature film, The Dark Crystal: Age of Resistance tells a new epic story, set many years before the events of the movie, and realized using classic puppetry with cutting edge visual effects. The world of Thra is dying. The Crystal of Truth is at the heart of Thra, a source of untold power. But it is damaged, corrupted by the evil Skeksis, and a sickness spreads across the land. When three Gelfling uncover the horrific truth behind the power of the Skeksis, an adventure unfolds as the fires of rebellion are lit and an epic battle for the planet begins.

The teaser trailer shows off some stunning puppetry work which brings the world of Thra to vivid life. The series stars the voices of Taron Egerton (Rocketman), Anya Taylor-Joy (Split), and Nathalie Emmanuel (Game of Thrones), with appearances from Mark Hamill, Catriona Balfe, Helena Bonham Carter, Simon Pegg, Natalie Dormer, Eddie Izzard, and more. The series is directed by Louis Leterrier (Clash of the Titans), who uses a combination of puppetry and visual effects to reimagine the world of Dark Crystal.

The Dark Crystal: Age of Resistance premieres on Netflix on August 30, 2019. 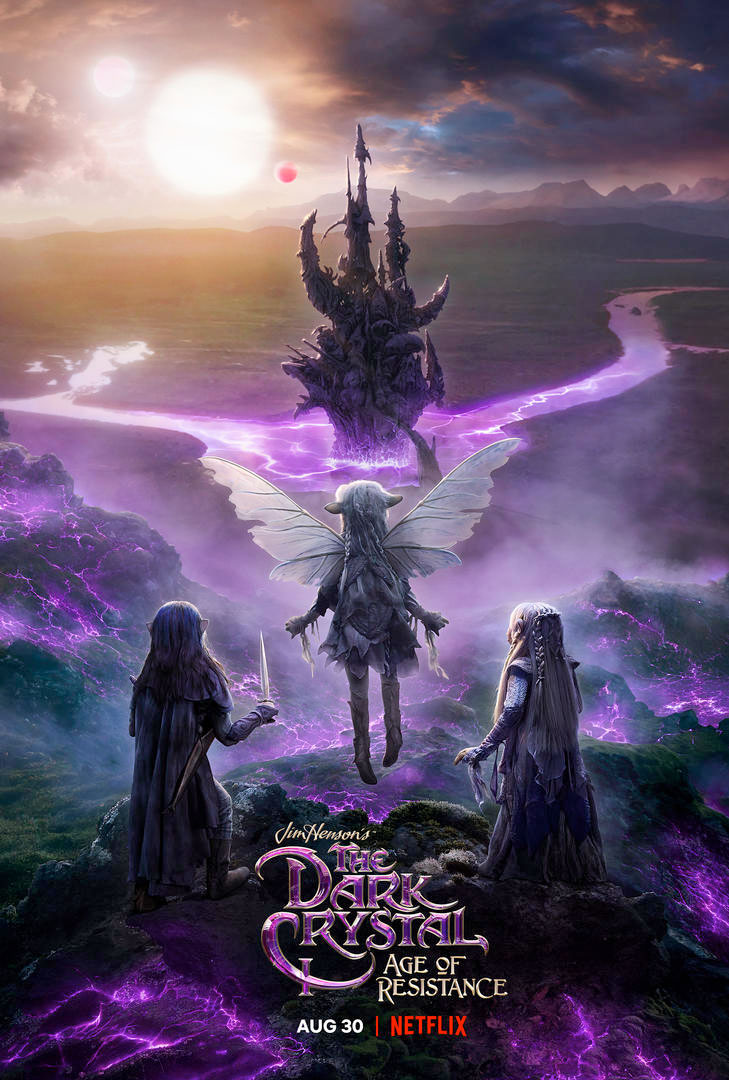 What do you think of the trailer? Let us know in the comments!